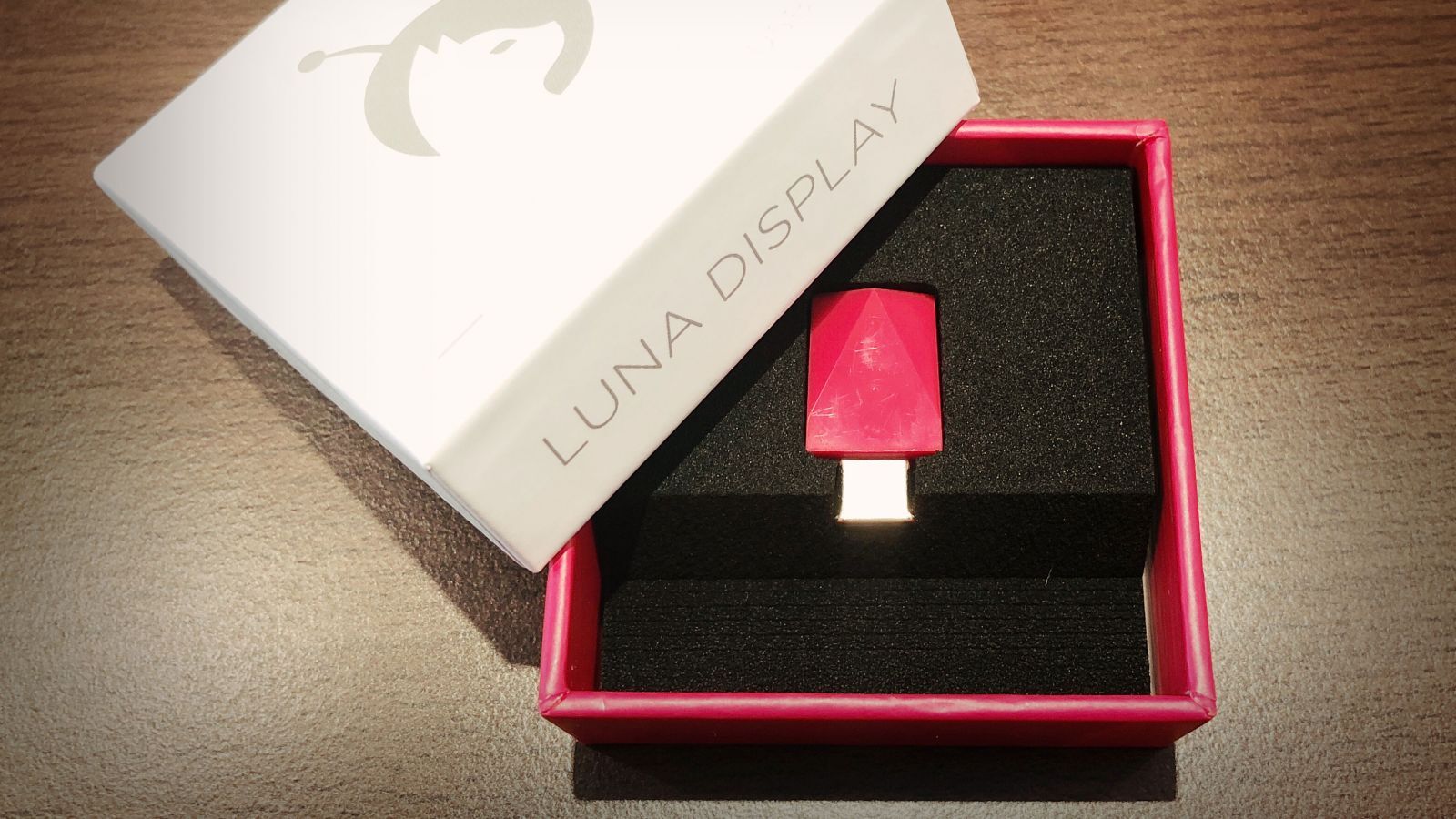 The technology of utilizing a cable or wi-fi connection to expand the Mac’s desktop to the iPad through a certain combination of apps has been around for some time now. We’ve been using our iPad as a simple screen extension or Wacom tablet replacement both in the studio and in the field since Astropad released their excellent software’s first iteration (now called Astropad Standard) that creates the illusion of having a touch screen Mac on a tablet. As much as we liked the idea of connecting our iPad to our laptop and using this setup to access desktop apps such as Photoshop in the field, the experience was never flawless until the basics that were laid down with Astropad Standard got hugely improved and refined with the introduction of the subscription based “pro” version of their app, Astropad Studio (see our review here).

However, since the experience was still based on “hacking” into the iPad’s software, which - although being far more reliable than the competition - still appeared glitchy at times. Astropad has been trying to take advantage of the entire iPad screen from the very beginning by letting the user mirror only a certain section of the Mac’s desktop adjusted to the tablet’s aspect ratio. Nonetheless, black bars appear on top and bottom as soon as the entire Mac desktop is being tethered to the iPad. Solving the problem resulted by the variety of different resolutions and aspect ratios in tethered screens while keeping the connection stable and making the experience as fluid as possible has been Astro’s number one priority since day one. 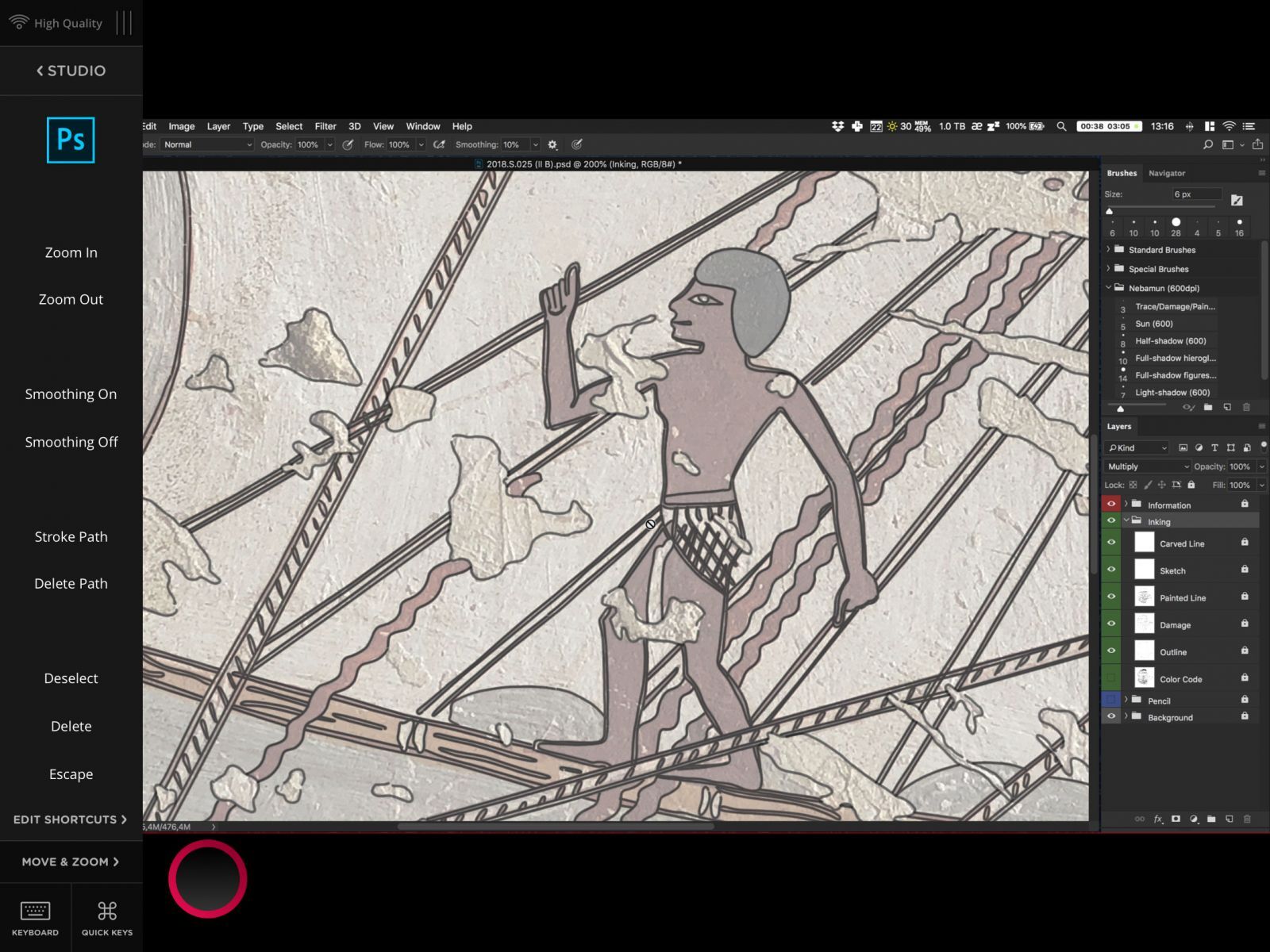 Fast forward a year and here is Astro’s first hardware, the Luna Display, which is a small dongle (a little device able to be connected to and used with a computer, especially to allow access to wireless broadband or use of protected software) serving only one purpose: to give us the best possible second screen experience when using a Mac and an iPad. It is either a USB-C or Mini DisplayPort device that plugs into the user’s computer port (Astro HQ’s software and hardware only favors Mac users at the moment) to distribute information to a dedicated iPad app called Luna Display. Luna turns the iPad into a wired or wireless (assuming a strong wi-fi network) touch capable second display that works great with the Apple Pencil. 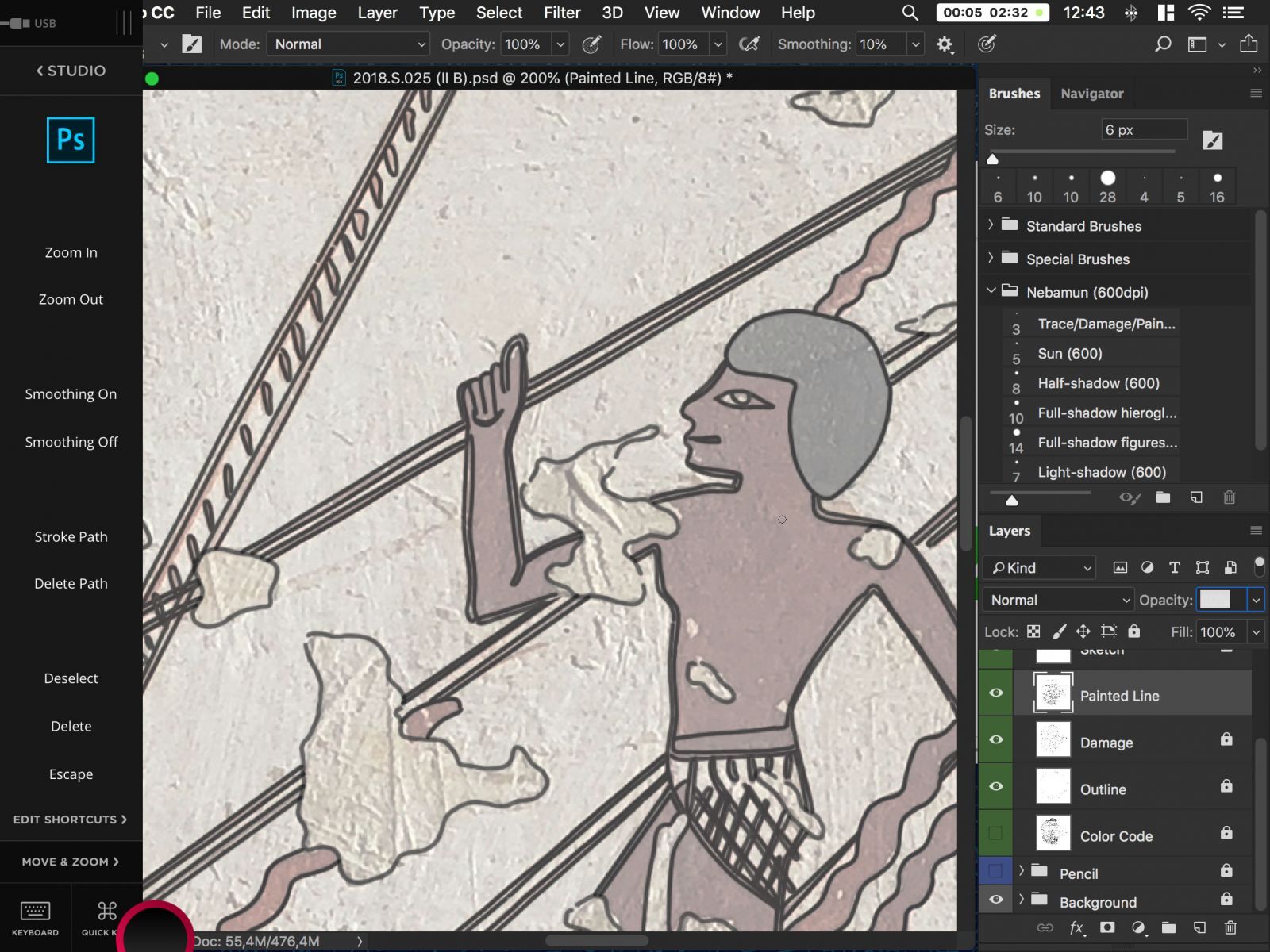 We at digitalEPIGRAPHY have been using the Luna display with the help of Astro’s Kickstarter beta program for more than a month now and we are very satisfied with its benefits when producing studio drawings on our iPad Pro. First of all, seeing our Mac’s desktop on the iPad at full screen in retina resolution is a huge improvement over the previous experience. Icons and folders appear much more visible and are more responsive while the mirrored desktop image fills the entire iPad canvas: we’ve never been this close to having a touch capable Mac in our hands. 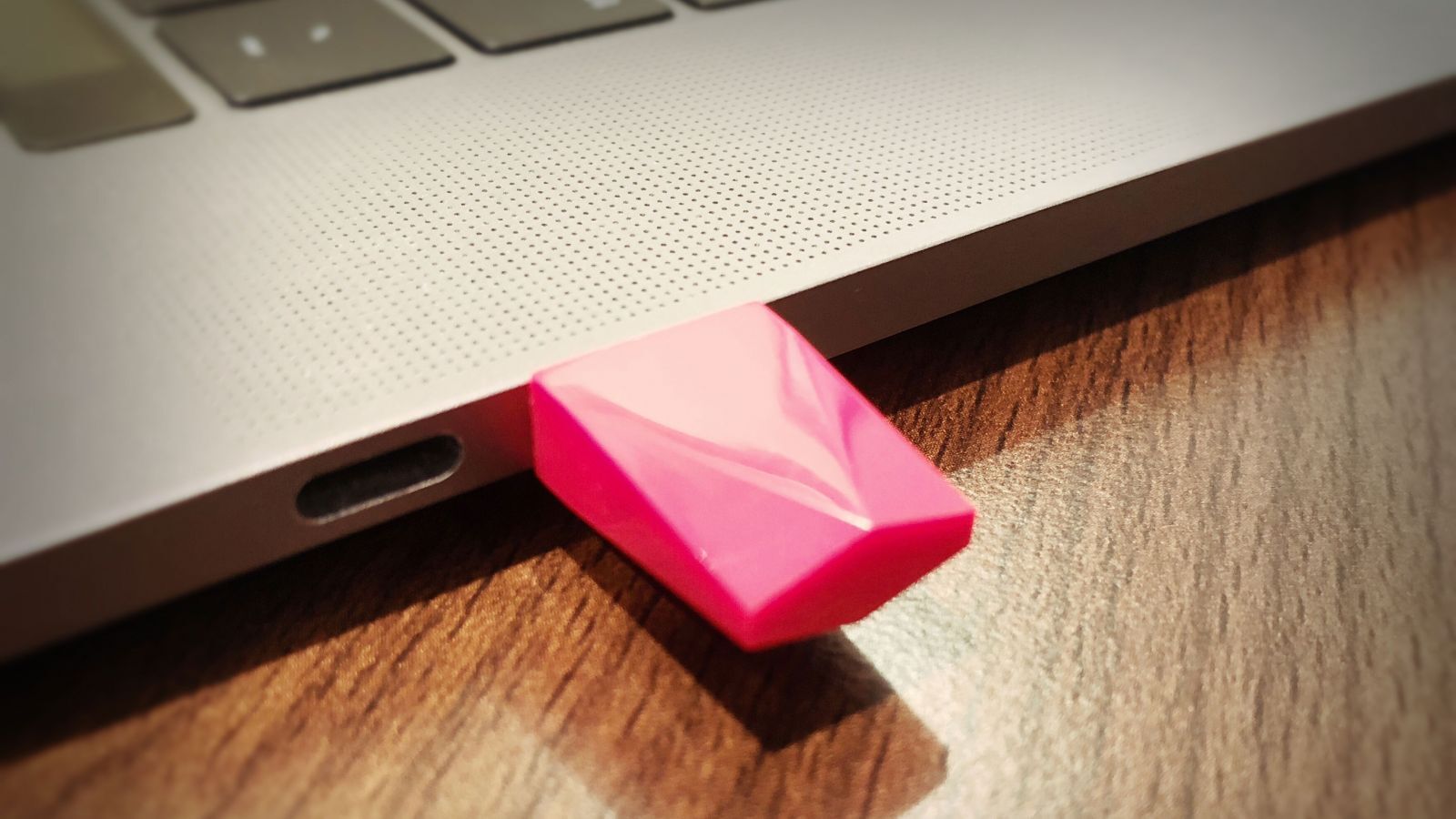 But let’s slow down a bit and talk about the device itself. It is a really small dongle, smaller than most thumb drives, therefore it is easy to forget about when connected to the Mac. On initial setup we have to go to Luna’s dedicated web site and download both their Mac and iPad apps. The Luna website is very informative, there is a lot of information to digest here if one would like to know the technology that lies behind the dongle’s fluent performance. Once the relevant Luna software is downloaded to the Mac and the iPad respectively, the two devices are ready to communicate even without Astropad Standard or Studio installed. 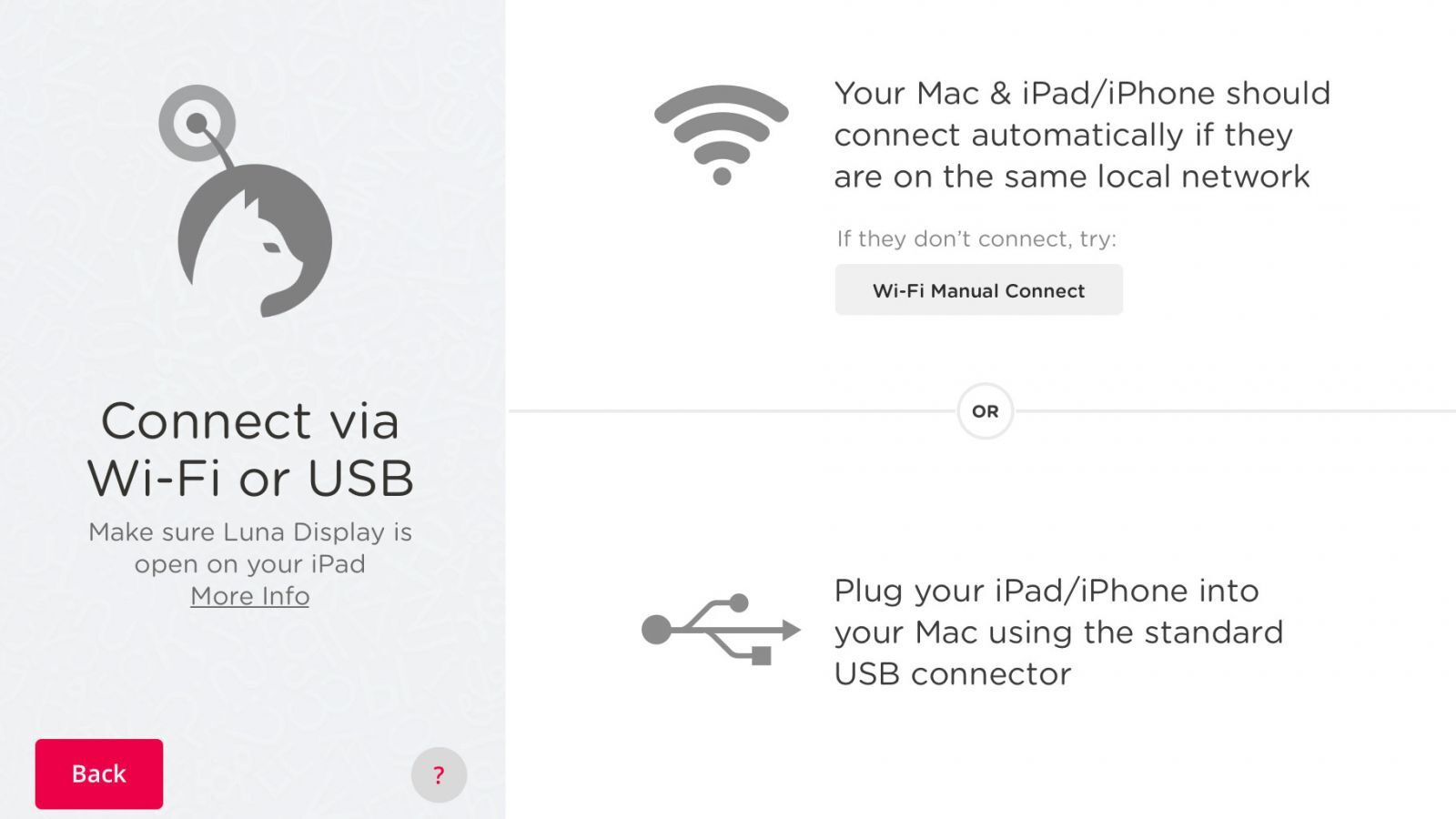 Although one can immediately start working in any preferred desktop software using the Apple Pencil, the real advantage of the device only shows when paired with Astropad Studio. Having Astropad Studio on both devices gives us further options during initial setup: we can decide the basic arrangements of our devices, enable retina resolution on the iPad (enabling this option is a must to have the necessary control over our brush strokes but requires connecting via cable or strong and speedy wi-fi) and letting the Astropad Studio app handle the connection instead of Luna Display. This means that as long as the dongle is connected to the Mac, Astropad Studio will open right away whenever it senses our iPad. 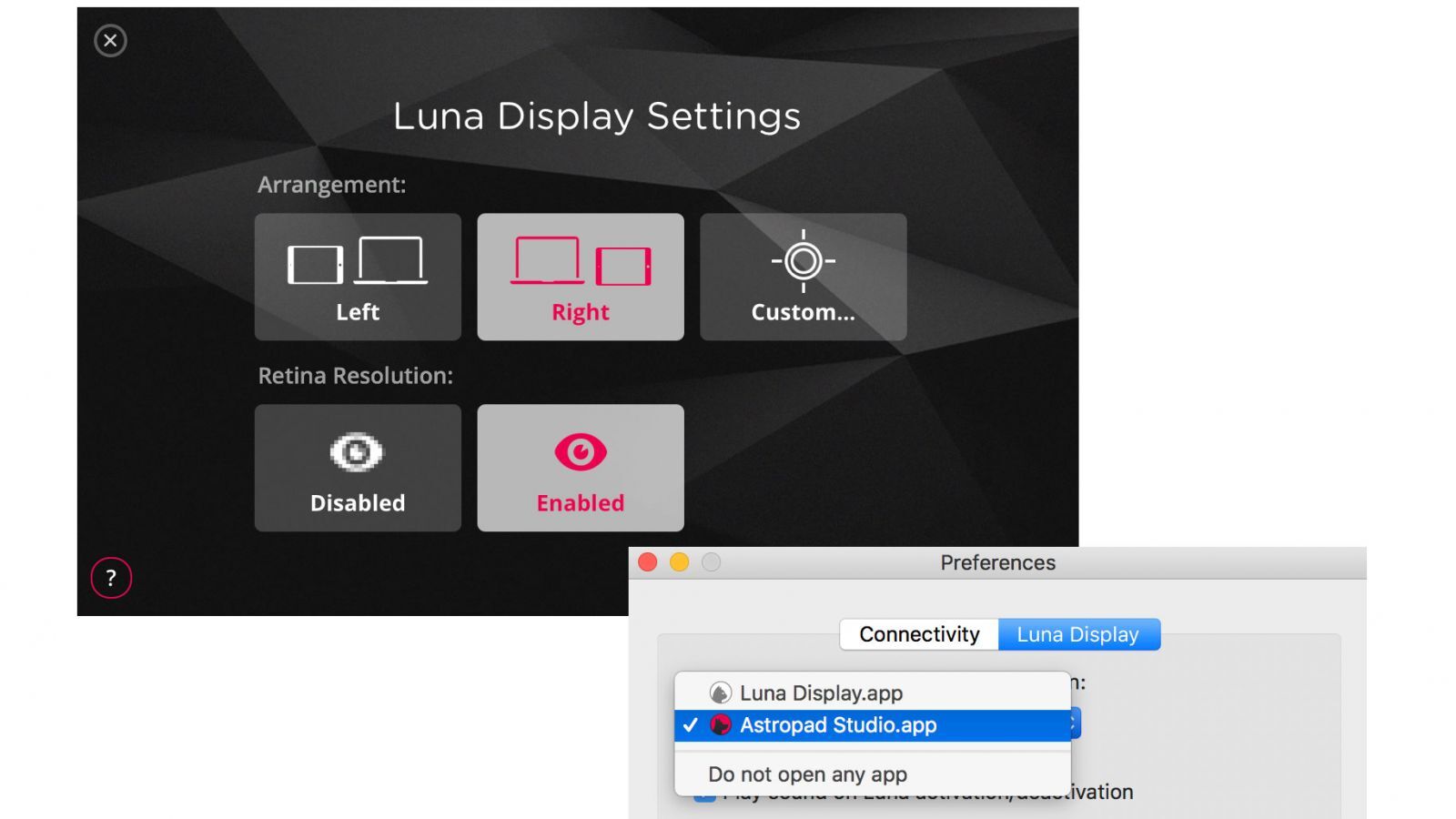 What really opens up the possibilities for digital epigraphers compared to the regular Astropad experience is the capability to rearrange and reassign our screens to our will, and this can go way beyond just mirroring our computer screen when creating our workflow. One can initiate further refinements in System Preferences on the Mac. We at digitalEPIGRAPHY work on our iPad in front of a 27” monitor. This extra screen shows additional information connected to the artwork as we draw. Naturally, when using Luna Display, our screen order reflects to this arrangement creating a fluid experience between our physical and digital workspaces. 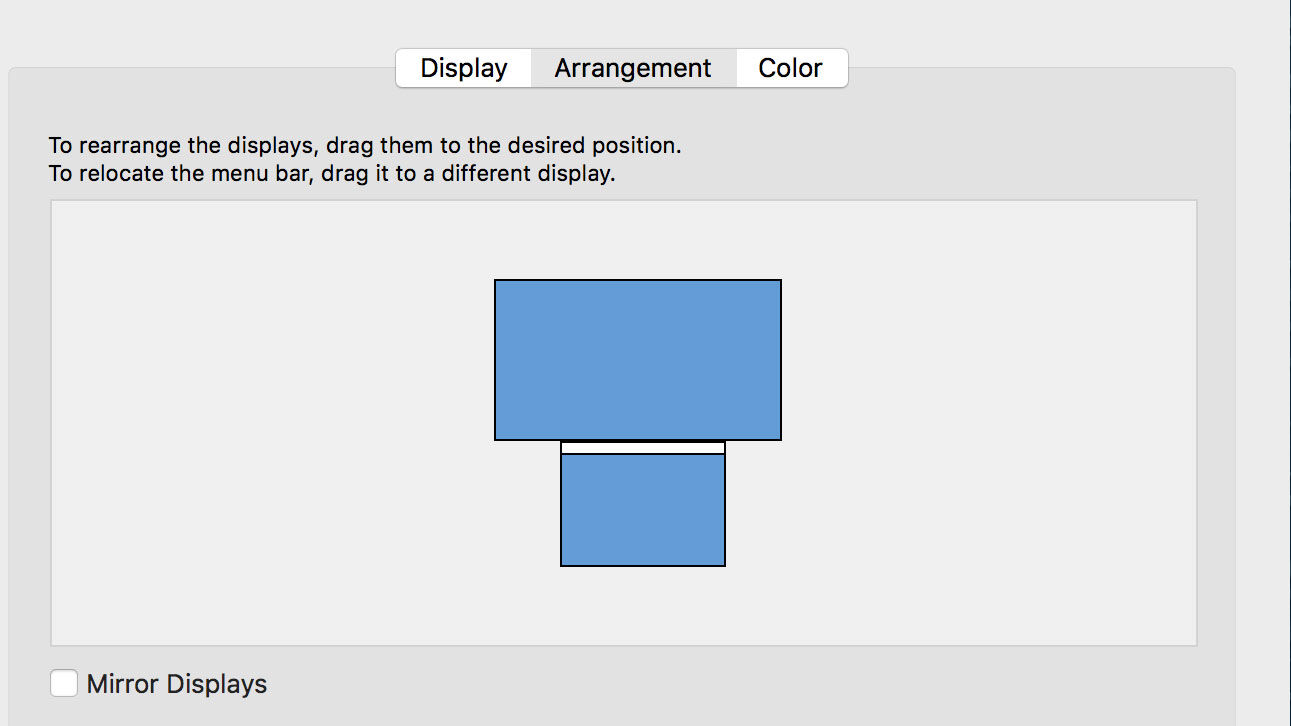 Additionally, we run our computer in the studio with the lid closed – this setup not just eliminates another screen to stare at but also keeps the focus on drawing. However, owning a powerful computer such as the more recent 15” MacBook Pro allows the artist to have more than one additional screen displaying useful information while drawing on the iPad using Luna Display. There are many possibilities to consider when creating our workflow in the studio.

Regarding fieldwork, our setup could be very similar to the regular Astropad Studio setup (see our Astropad Studio review for additional details) with the iPad connected to the Mac via USB cable. We have not tried out Luna Display in the field yet, but we can’t wait to use the extended screen real estate on the iPad when working on the roman frescos at Luxor temple. 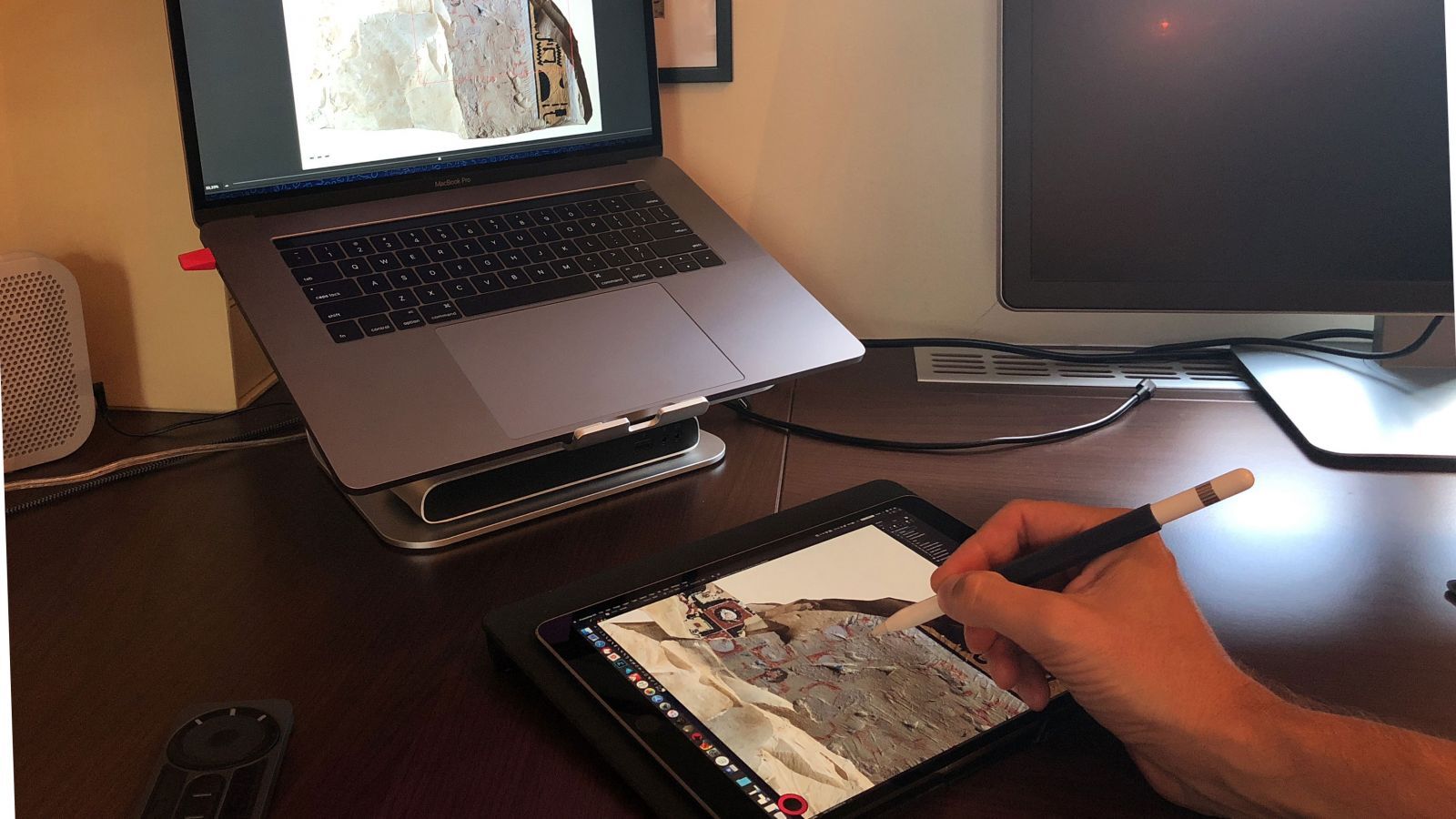 To conclude our review, we can’t praise Astro HQ enough for investing so much energy into creating a better workflow for our work. While Astropad Studio is pushing the boundaries of using an iPad as a full-fledged Wacom replacement, Luna Display creates a flawless second-screen experience to go with it. Although the device has just left its beta status and Astro has yet to ship it to all of its Kickstarter investors, they are already taking preorders on their website. There is a roughly 10% discount offered of its retail price, both the USB-C and the Mini DisplayPort versions cost $69.99 at the moment with the estimated shipping starting in January 2019. 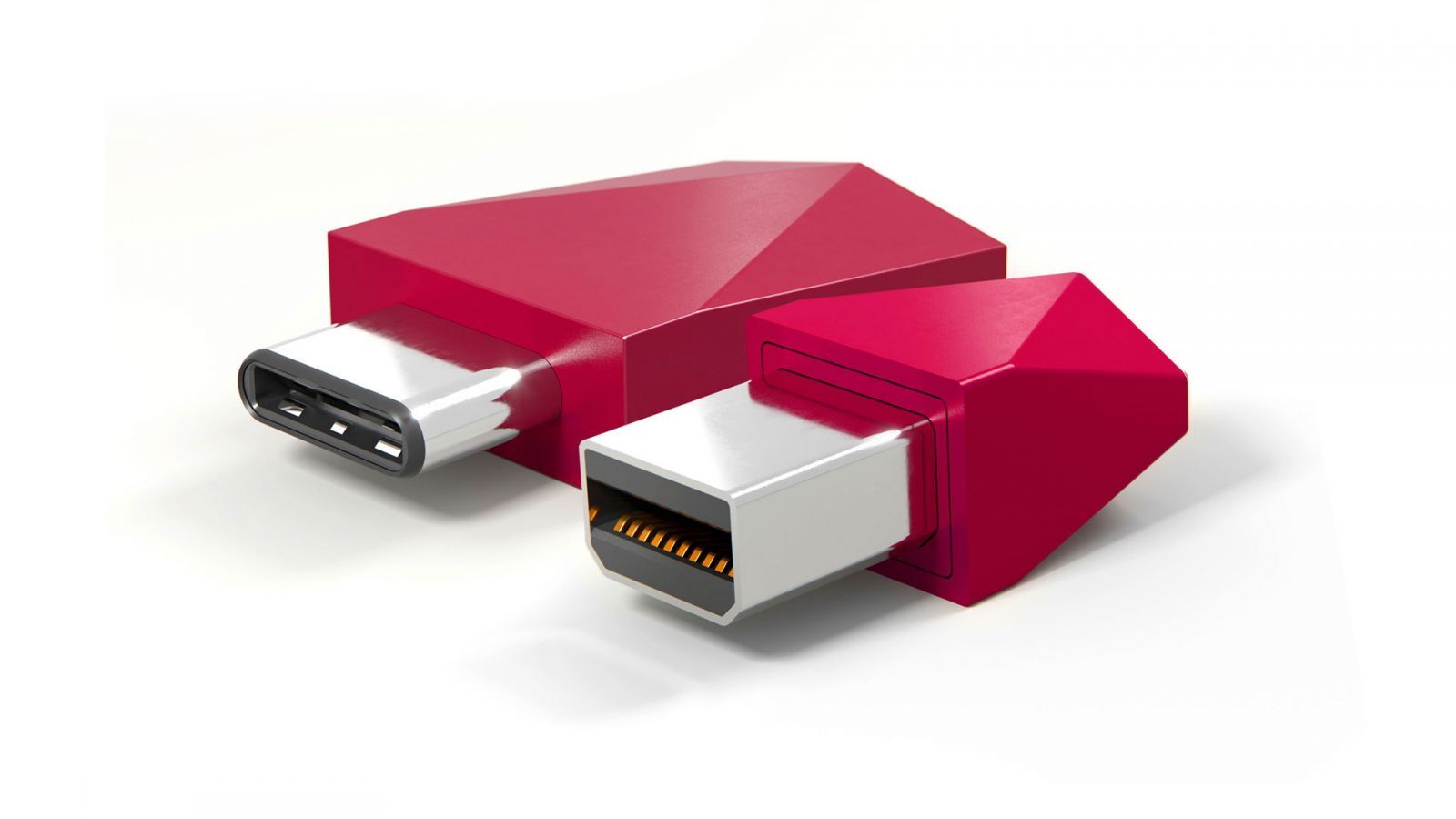 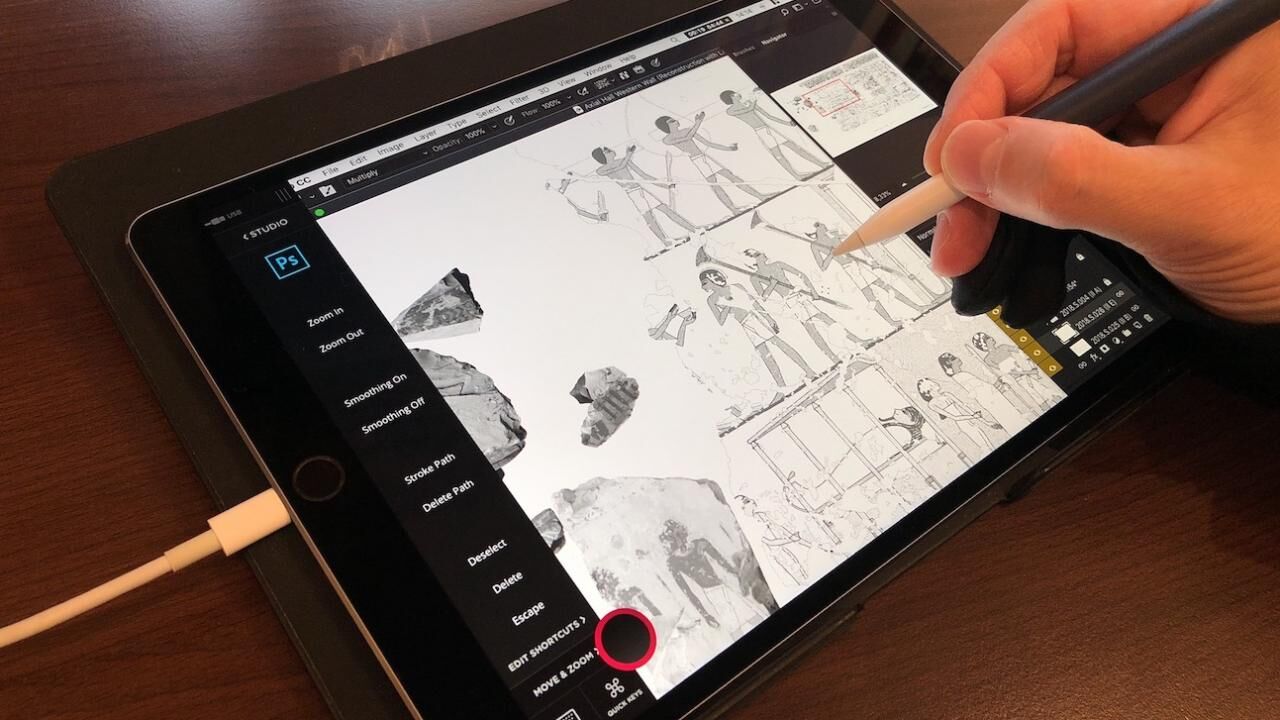 Back in 2015 Astro HQ released an iPad app called Astropad with a unique mission: to map the iPad to your Mac’s screen! At that time Astropad filled a unique space for creative pros. 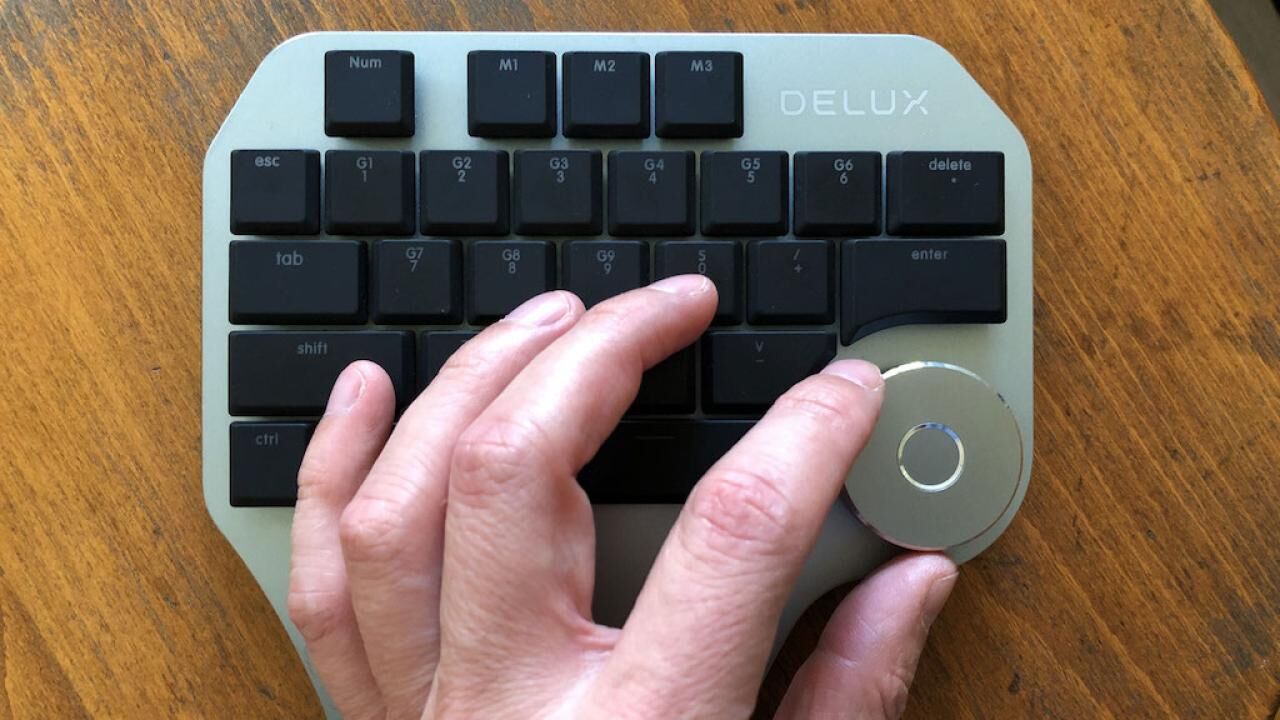 Where is the other half of my keyboard? - Delux T11 Designer Keypad review

This is the first keyboard digitalEpigraphy is going to review that is oriented specifically towards digital artists, illustrators and graphic designers, therefore we are very excited to share our thoughts after spending 2 months with the device. 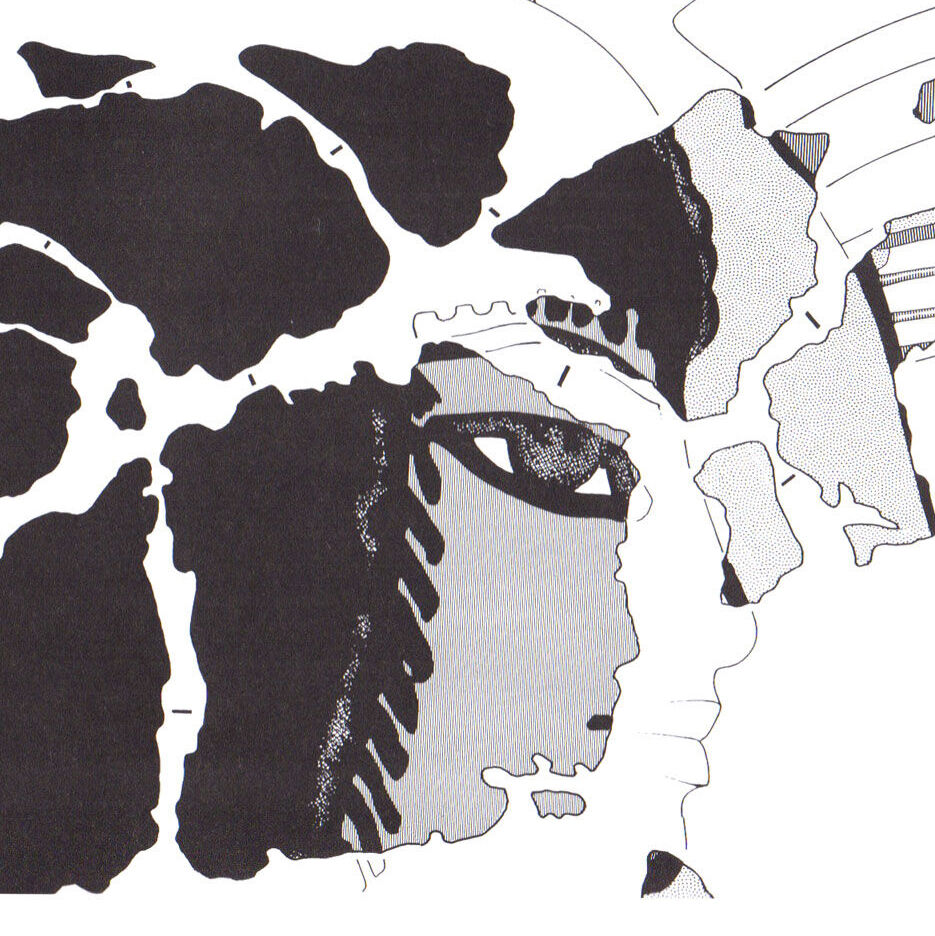