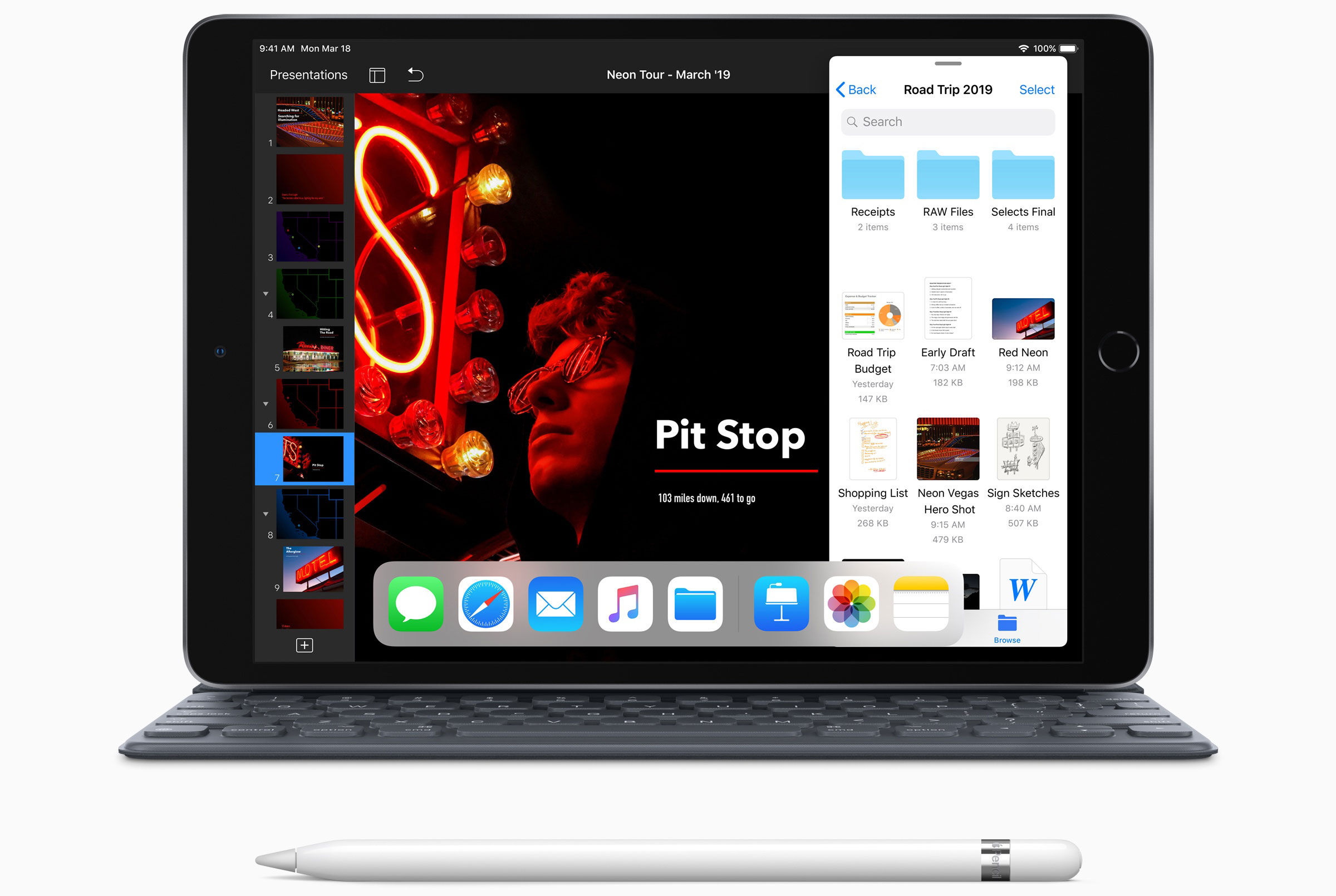 Although Apple’s new iPad Air might look remarkably familiar for those who remember the 10.5-inch iPad Pro from two years ago, it is a brand-new device serving as a mid-tier tablet between the entry-level iPad and the high-end Pro models. In the past months digitalEPIGRAPHY covered both previous models concluding that both the regular 9.7-inch iPad (2018) and the 10.5-inch Pro (2017) could be reasonable alternatives for our budget-conscious colleagues regarding their fieldwork needs. However, we also pointed out that while the smaller model could be slightly dragged down by its screen size, Apple’s older iPad Pro remained relatively expensive, especially considering its aging hardware. Now, with its resurrected iPad Air, the company is recycling and re-issuing its previous hit with updated internals for a much more appealing price point, positioning it right below it’s fabulous, but pricy new iPad Pros. Lets take a quick look at what stayed the same: the exterior, the screen, the Smart Connector, the Lightning connector and the Touch ID sensor are all identical to the (now retired) 10.5-inch Pro. Some artists may see the inclusion of the Home button as a benefit, as when the iPad is flat on your desk – the natural drawing position for many – unlocking an iPad with a finger is easier than looming over it or tilting it up so it can recognize your face.

A notable legacy of the older Pro is that the new Air supports the original Apple Pencil instead of the newest generation. This may create some confusion among our readers who’d presumably expect Apple’s latest tablet device to support their latest drawing accessory. Unfortunately, there are still two sets of Pencils on the market and they are not cross-compatible. Right now, the original stylus works with one set of iPads, which has today been freshly expanded, while the second variant is only compatible with the latest iPad Pros. You can’t use the older stylus on the 2018 iPad Pros, and you can’t use the newer stylus on any other iPad. 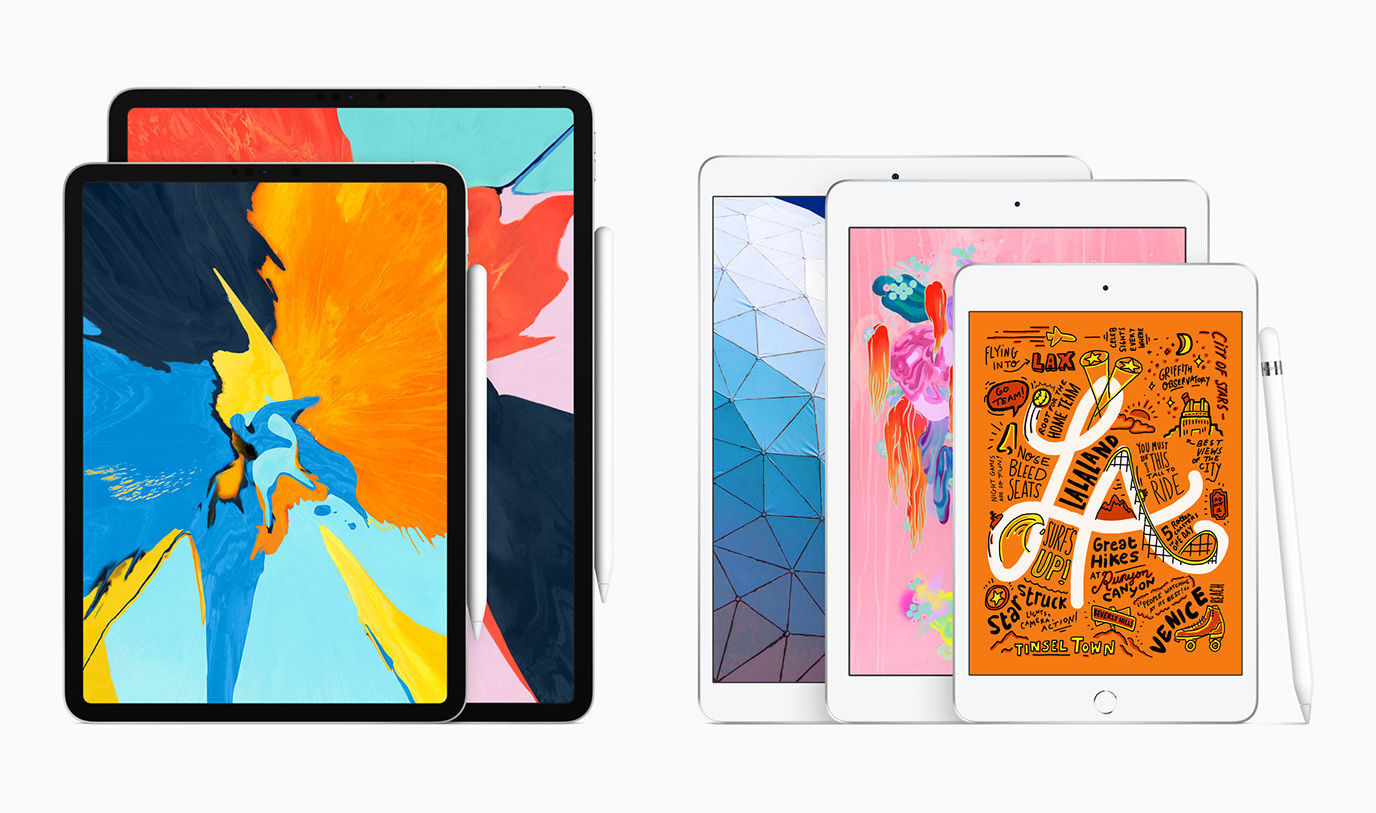 Another important inheritance from the previous Pro is that the new iPad Air features a fully laminated Retina display with a resolution of 2224×1668 pixels (264 PPI), including True Tone and support for the P3 wide color space. However, one downside that might affect the drawing experience is its 60Hz screen refresh rate when compared to the 10.5-inch iPad Pro’s 120Hz ProMotion display. This is a hurtful omission as ProMotion is the technology that provides such a smooth scrolling with minimal Pencil latency for the new iPad Pros. Nonetheless, the laminated display combined with the slightly larger screen size are undoubtedly tempting advantages over the regular iPad. Another difference is that the camera on the older iPad Pro 10.5 was 12MP with an f/1.8 aperture, whereas the new Air is just 8MP with f/2.4. Luckily, processor-wise, the new iPad Air is a definite step-up as it received Apple's A12 Bionic chip versus the slower A10X Fusion chip to be found in the 10.5-inch iPad Pro. Although it makes the Air less powerful, we presume, than the A12X used by the current generation of iPad Pro tablets, it still provides plenty of computing power for your daily drawing activities at the monuments. 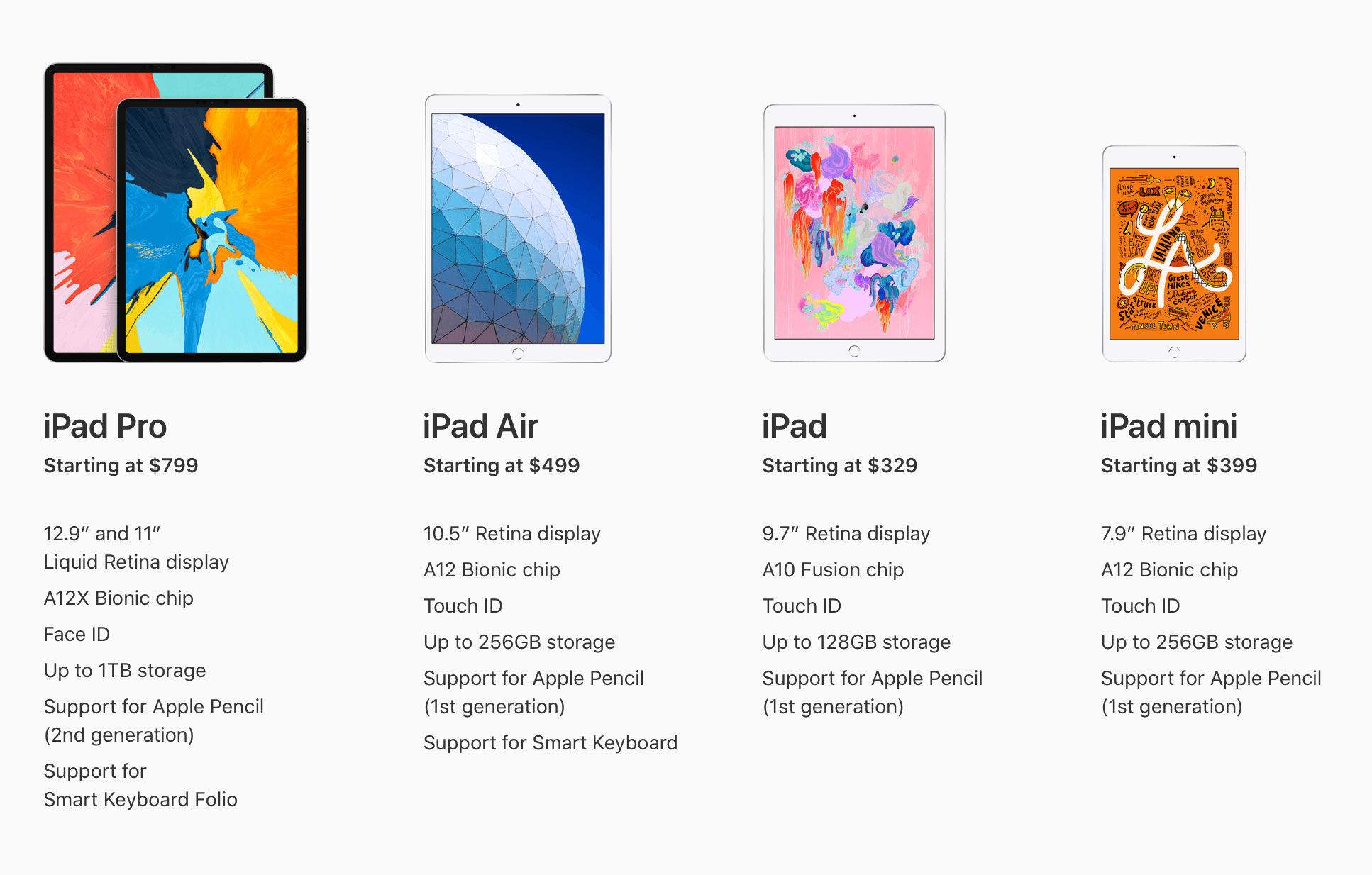 For many of us using iPads in our digital documentation, one reason to choose the iPad Air over the Pro might be the price. Apple's new iPad Air can be purchased for US$499/£479 (64GB Wi-Fi only) or $629/£599 (64GB with cellular) and $649/£629 (256GB Wi-Fi only) or $779/£749 (256GB with cellular) directly from Apple. It's also available from various retailers, including Amazon. The 10.5-inch iPad Pro that is now discontinued used to cost 30% more than the new iPad Air, while being far less powerful. For comparison, the 11-inch iPad Pro starts at $799/£769 for the 64GB model with storage options for 256GB, 512GB and 1TB. A 1TB iPad Pro with cellular costs a whopping $1,699/£1,699. Including the new additions, Apple's iPad line is now more diverse and powerful than ever before. On the low end, the entry-level iPad remains $329, but moving up from there you can get a modern iPad Air for $499, before making the leap to the $799 and up regarding the iPad Pros. To sum it up, with the iPad Air, you’re now getting almost everything the impressive iPad Pro 10.5-inch offered for a lot less - and if you need the increased power as well as a top-end screen, then the higher-end iPad Pro range is there for your consideration. 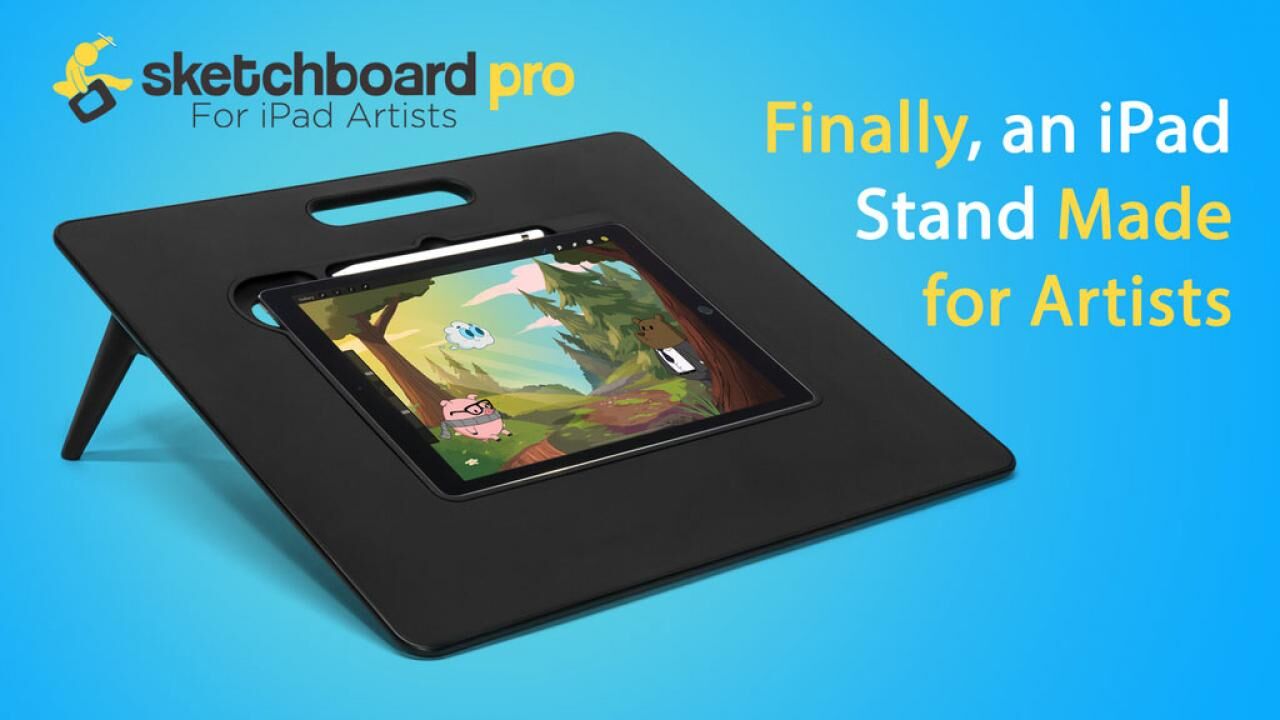 In many regards, Sketchboard Pro could be the ideal iPad drawing board for digital epigraphy

Either drawing in the field at the monuments or inking in the studio, creating steady lines and smooth curves requires a large drawing surface with lots of elbow room. 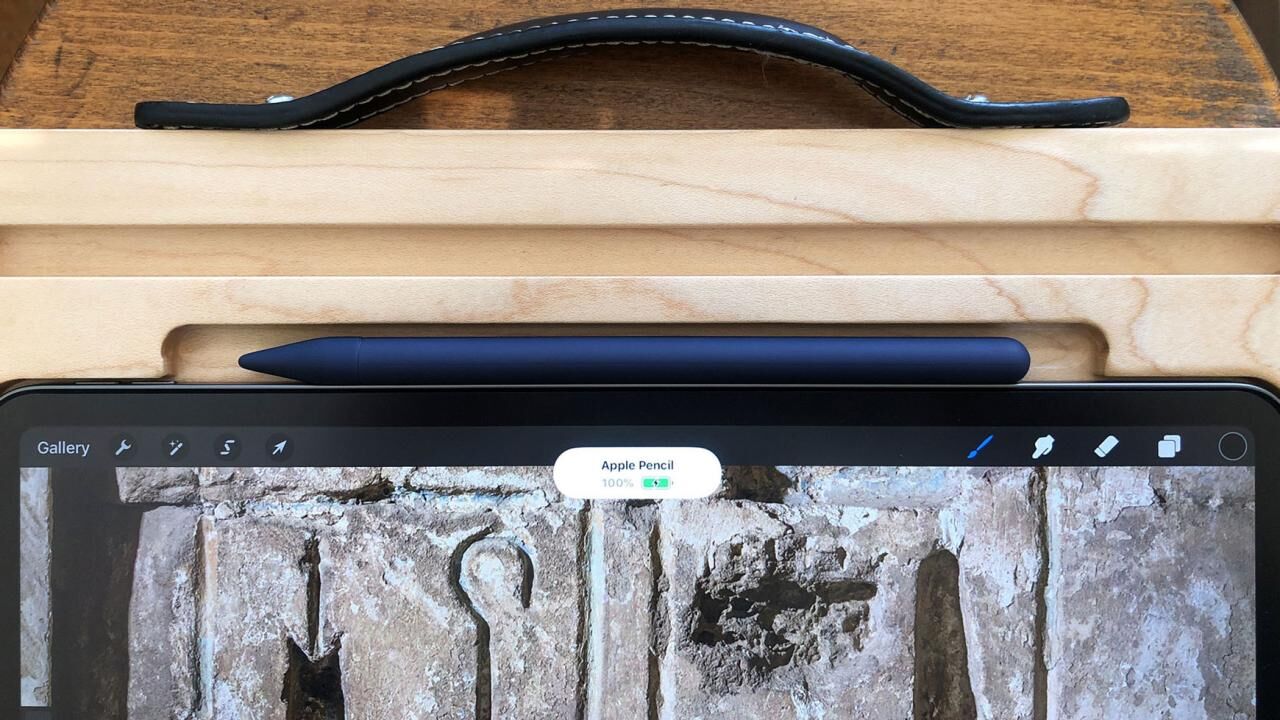 The new Apple Pencil must be protected in case it's accidentally dropped to the ground, and now FRTMA released 2 different silicon sleeves to safeguard your brand-new stylus. 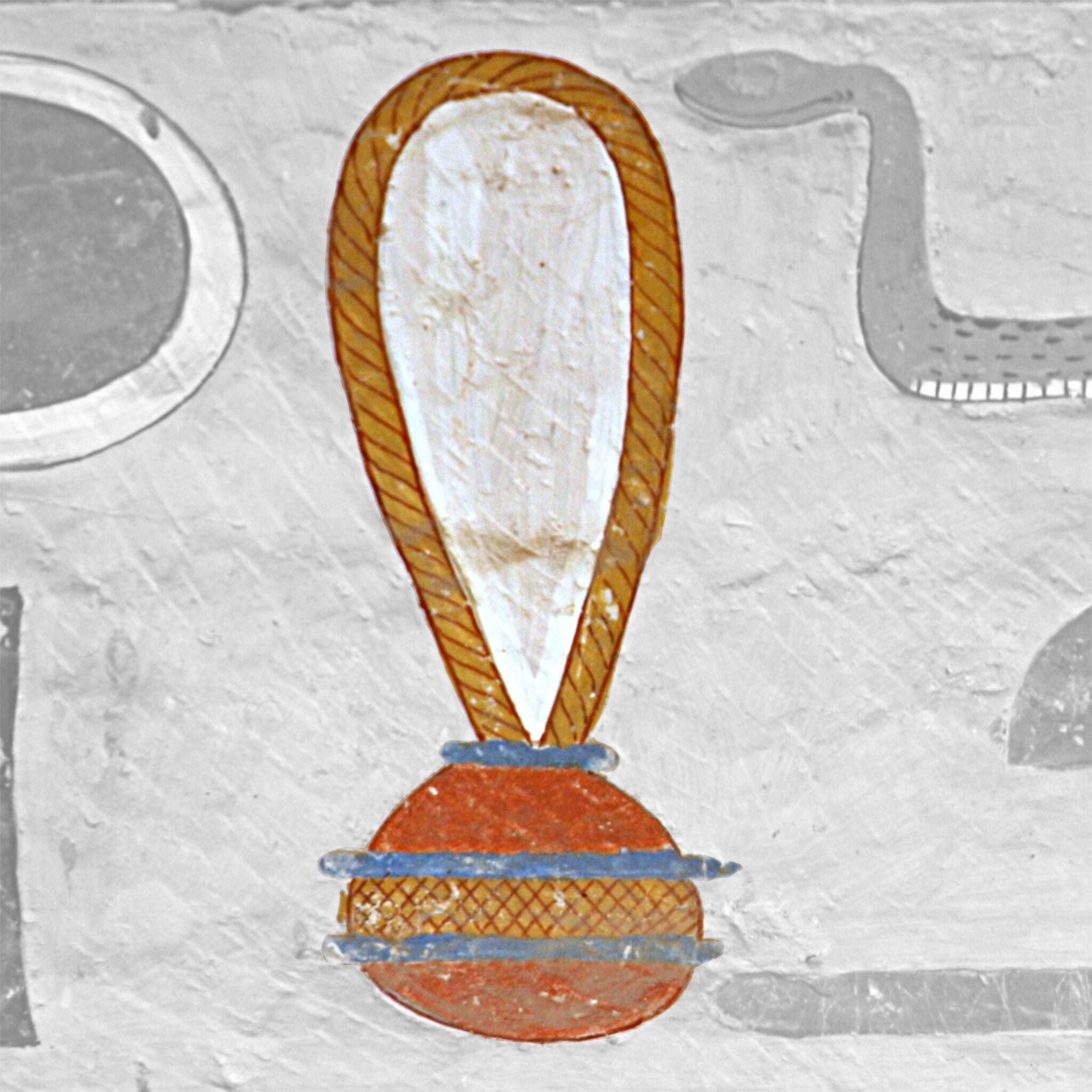 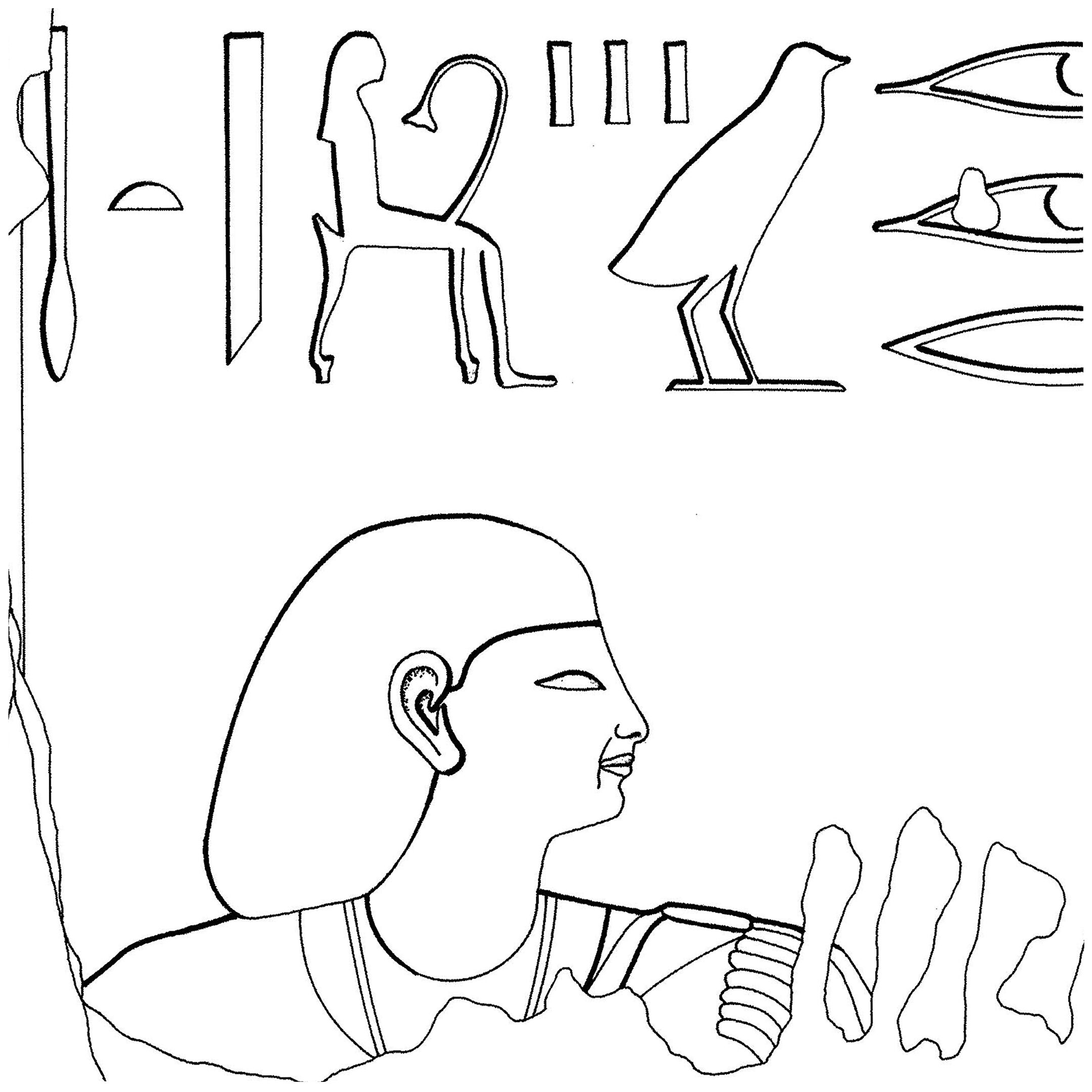