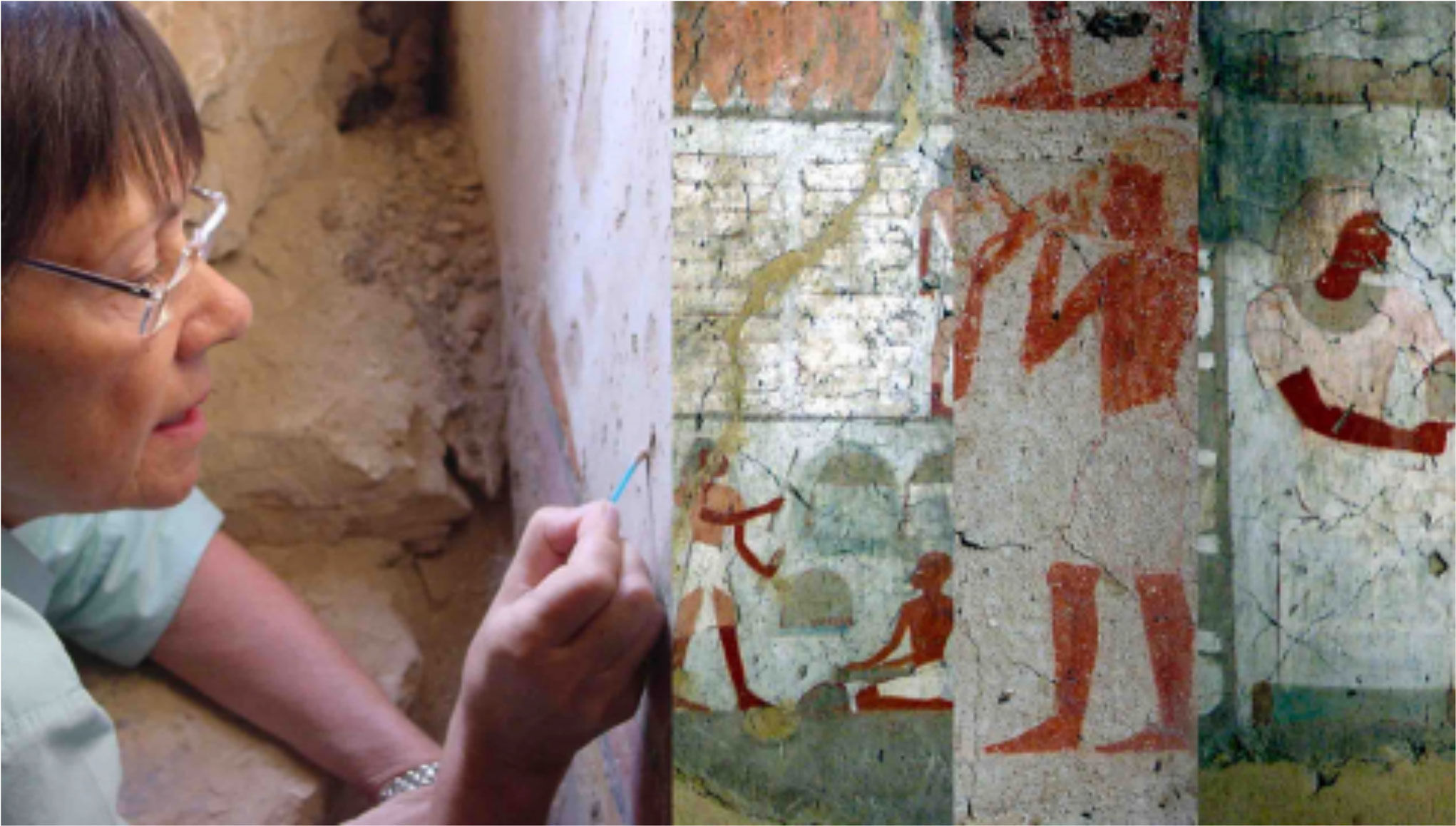 In 1995, the Royal Ontario Museum (ROM) initiated its Theban Tomb Project with Lyla Pinch-Brock and ROM Assistant Curator Roberta Shaw as co-directors. One of the tombs in the ROM’s concession was TT 89, built by Amenmose, Steward in the Southern City, during the reign of Amenhotep III. The tomb has been partly copied by Nina de Garis Davies in the 1920s, and the project attempted to recreate the facsimile technique used by her.

TT89 is located in Sheikh Abd el-Qurna, part of the Theban Necropolis, in a cluster of other 18thDynasty tombs. The tomb consists of a courtyard and two rooms, separated by pillars. Much of its decoration has been destroyed, along with most of the depictions of the tomb owner. However, “TT89 holds many attractions for art historians; important court and domestic scenes and fine portraits of Amenhotep III and Thutmosis III. Almost every stage of planning and execution of the decoration is visible, from grid lines to completed painting. The “hands” of several artists are apparent.”

“The outer room contains scenes that are common to most Theban tombs: fishing and hunting in the marsh, a lively banquet scene, and an offering to Osiris, god of the underworld. The wall containing an account of Amenmose’s career is entirely destroyed, which leaves us with only the clues presented in the other paintings. By far the most interesting depiction in the outer room is a scene featuring the manufacture of incense—unique in the tomb painting repertoire.”

“In the inner room, one wall painting portrays tribute and trade items from the Aegeans, Nubians and Syrians, which Amenmose presents to his enthroned king. The other paintings in the inner room depict the funeral procession, a common theme showing tomb furnishings and the coffin being dragged by oxen (much damaged). Adjacent to this scene is the depiction of the “Opening of the Mouth Ritual”, which provides a glimpse into the elaborate funerary rites practiced at the ancient tomb.”

In the tribute scene “the ancient artists seemed intent upon capturing small details: The rush pens they used were very fine – some no more than 2 mm in width. This meant individual hairs on the men’s beard and the lions’ muzzles could be delineated. Larger brush strokes followed the drape of the fabric on the Syrians’ dress, giving it a certain amount of fluidity. The bent nose of the first Syrian as he kisses the ground seems a deliberate touch of humor…”

As an attempt to revive the facsimile method of Nina and Norman de Garis Davies, Lyla Pinch-Broch first used pencil-crayons on clear acetate at Tell el-Dab'a in 1991 to make exact copies of the newly discovered Minoan-style frescoes by the Austrian Archaeological Institute. Then, from 1995, Pinch-Broch began copying wall paintings in the tombs of Anen (TT 120) and Amenmose (TT 89) in the Theban Necropolis. A scene of “foreigners” in the tomb of Amenmese was selected for the first facsimile painting.

“Modern copying materials, clear acetate and fine coloured markers now simplify the tracing process, but painting in the tomb itself is still quite difficult… Unfortunately, the high temperatures inside the tomb caused the water-coulour paper to dry out too rapidly and to wrinkle. There was also a problem of lighting as one of the main difficulties of copying in tomb is getting enough light… In the tomb of Amenmose the contrast between colours is often poor and black is almost completely absent. Detecting fine detail is difficult, as is deciding whether to include the artist’s initial red sketches, the supposed final result or both… The background is particularly challenging, since it is usually a combination of missing plaster, streaked paint, cracks and insect or bat excreta.”

“There are a few areas in the tomb of Amenmose which retain their original color. We used these to establish the “true” colors as best as possible.”

“We have attempted to follow the lines of the original art as closely as possible (including palimpsests and alterations).” 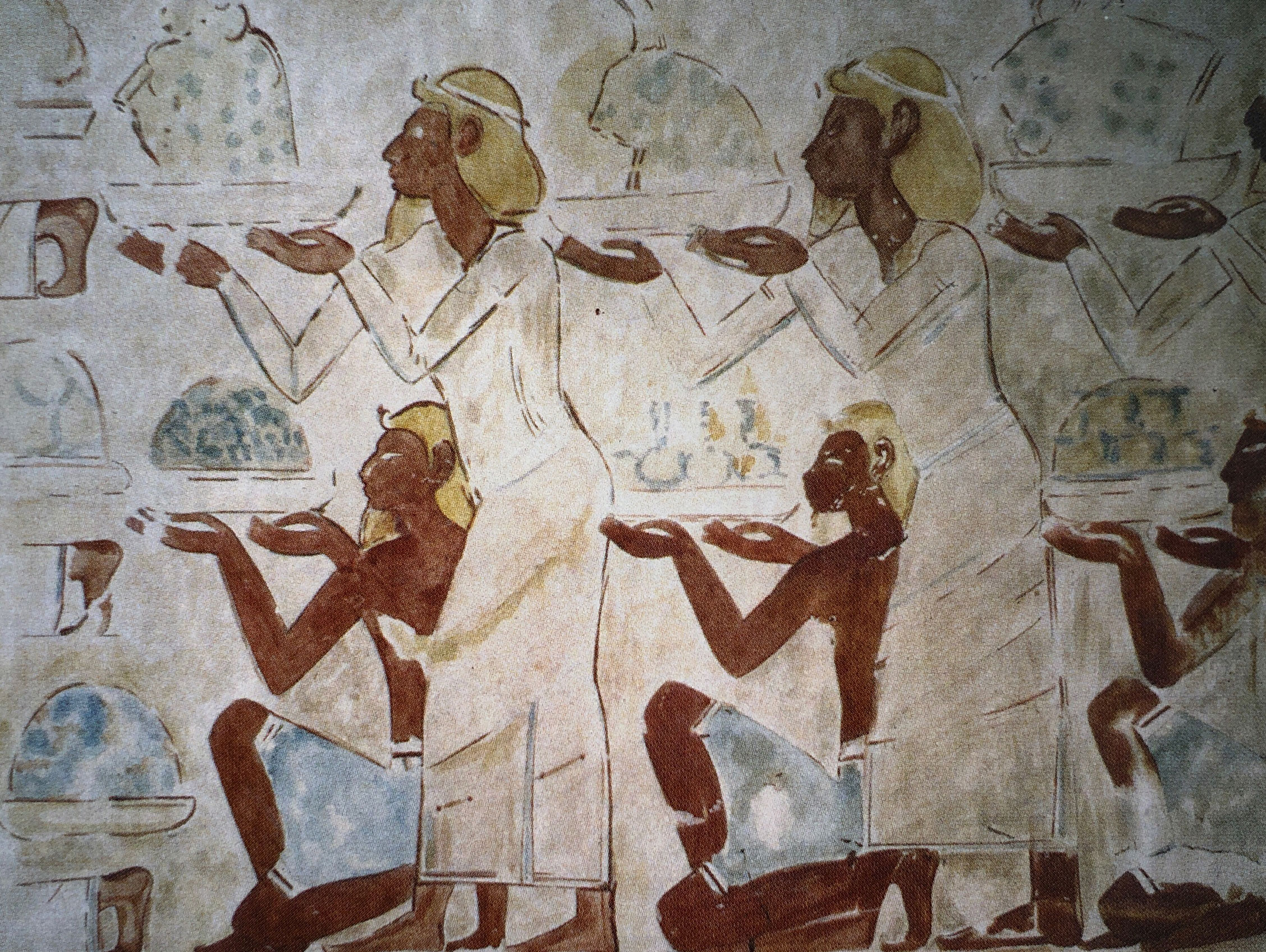 Fig. 2. Facsimile of the Aegeans of the tomb of Amenmose (Painting by Lyla Pinch-Brock) 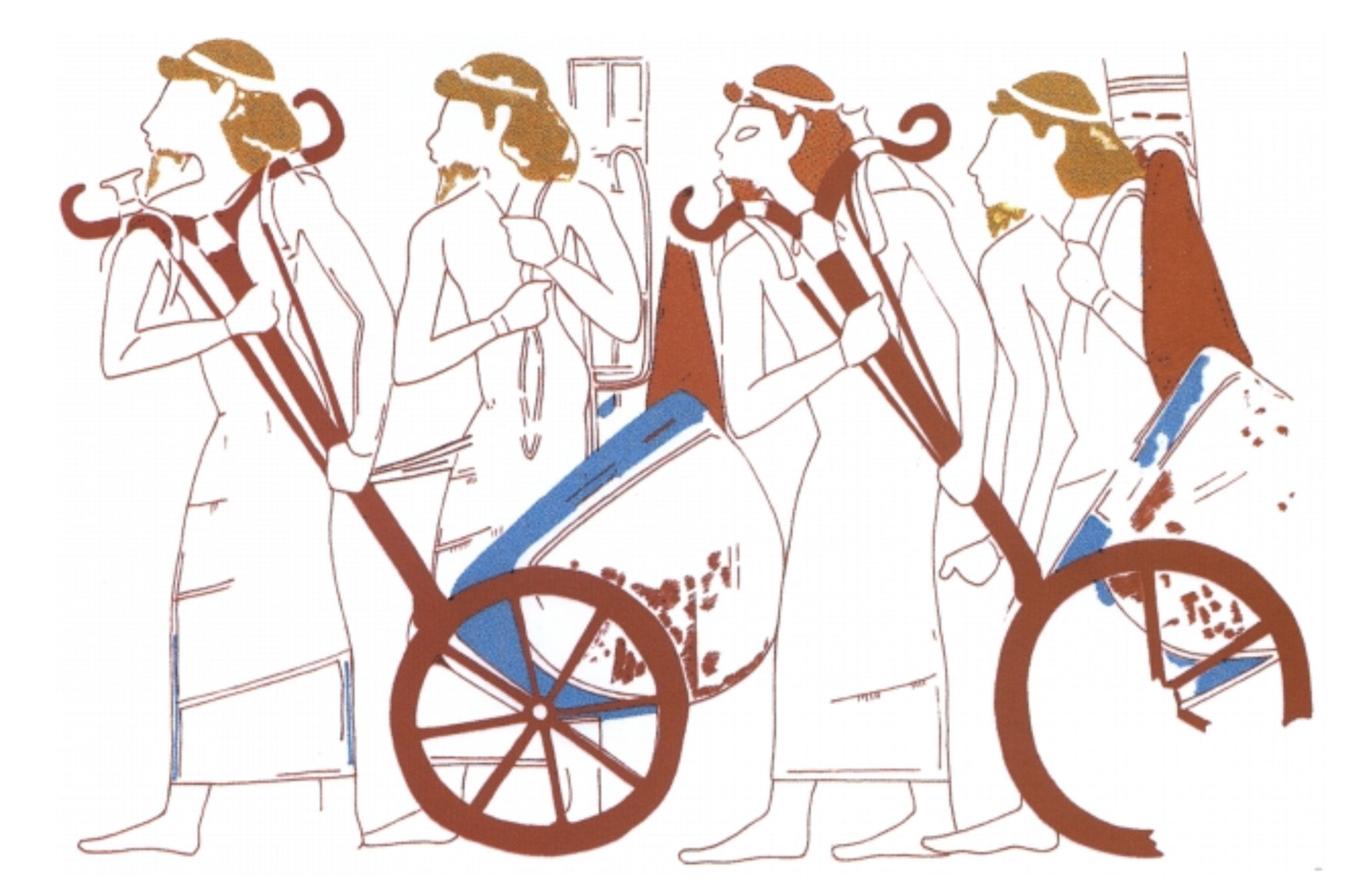 Fig. 3. Chariots in the “Tribute Scene” in the tomb of Amenmose (Drawing by Lyla Pinch-Brock) 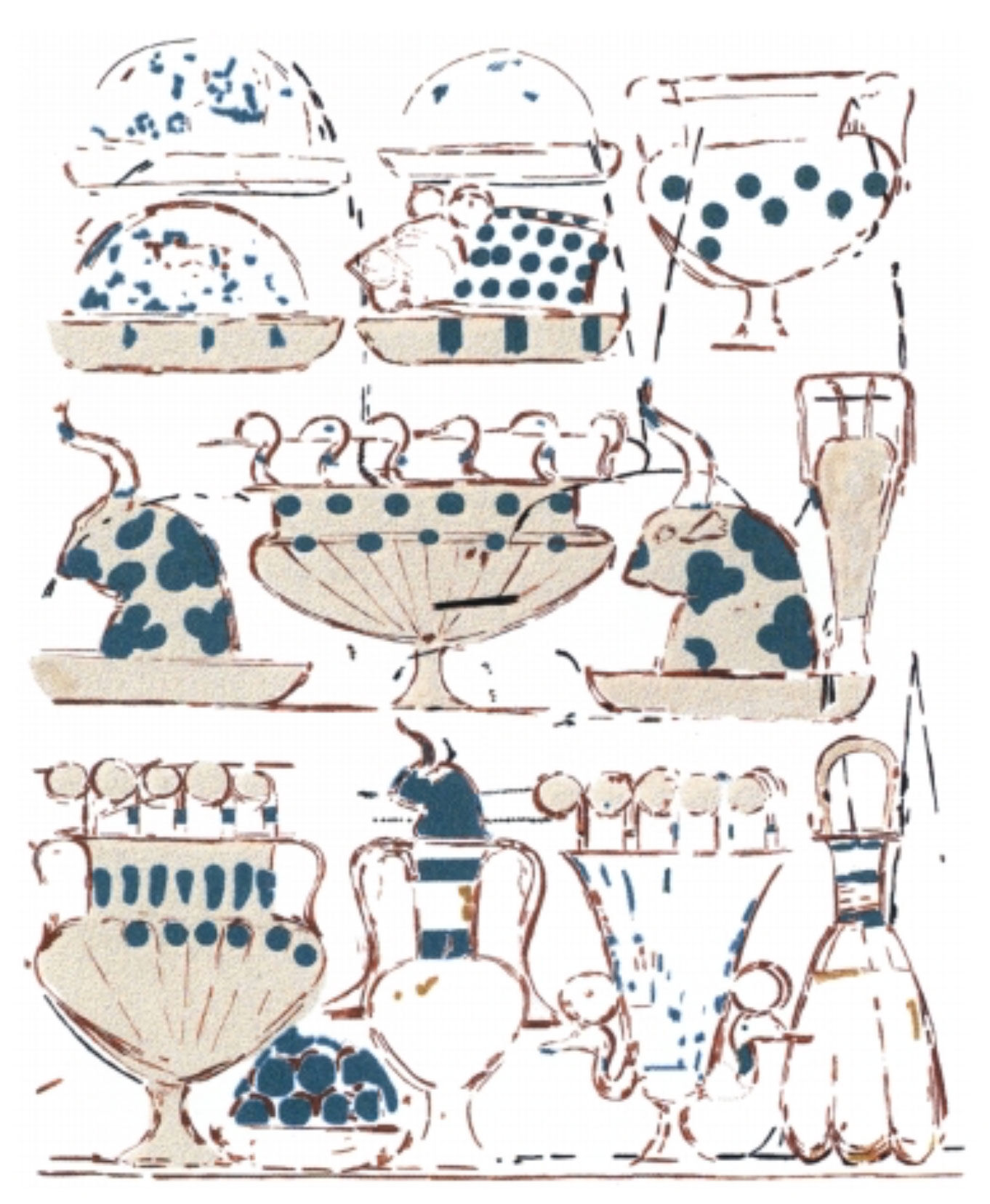 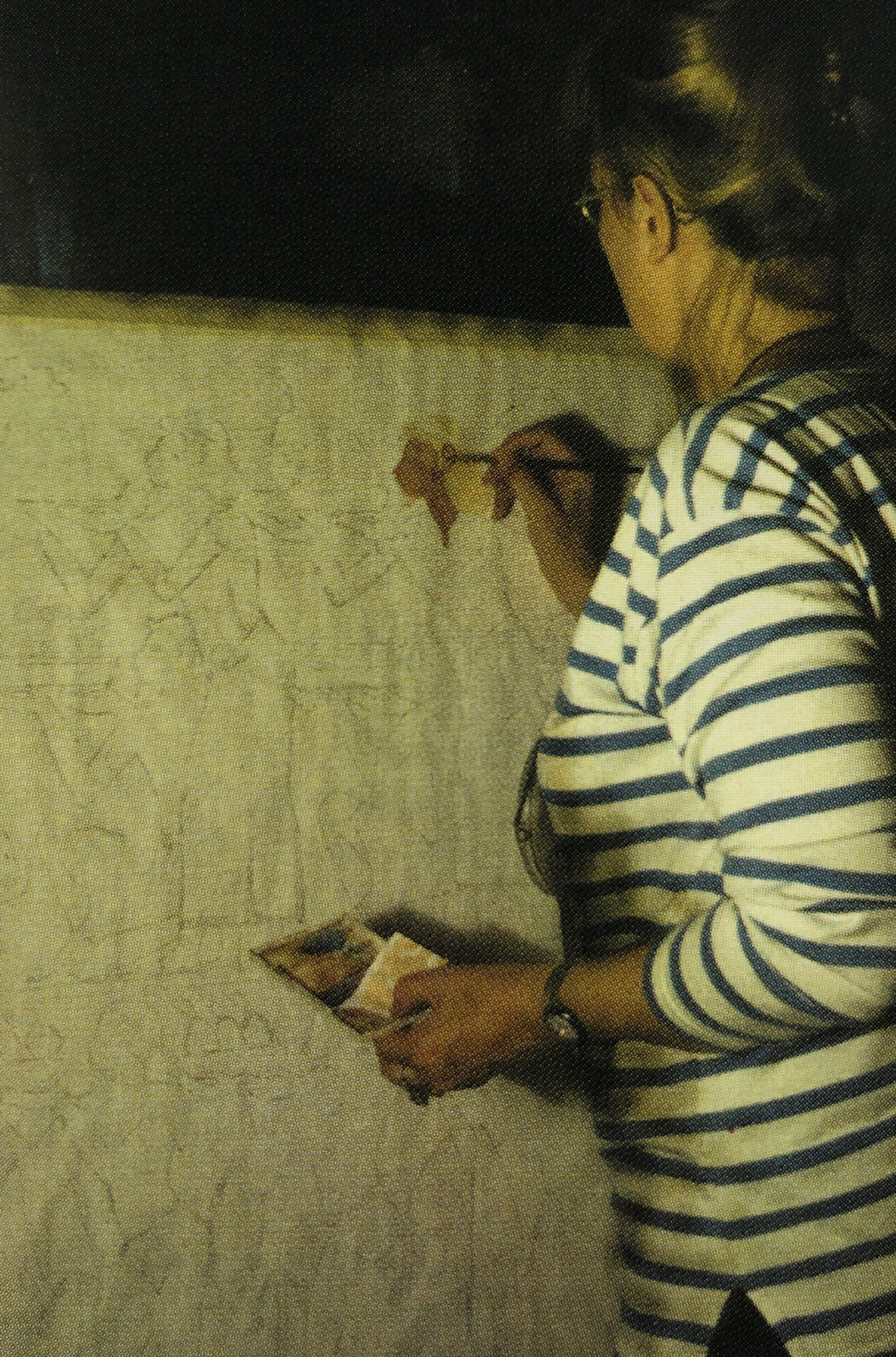 Painting the facsimile of the foreigners in the tomb of Amenmose (Photo: E. C. Brock) 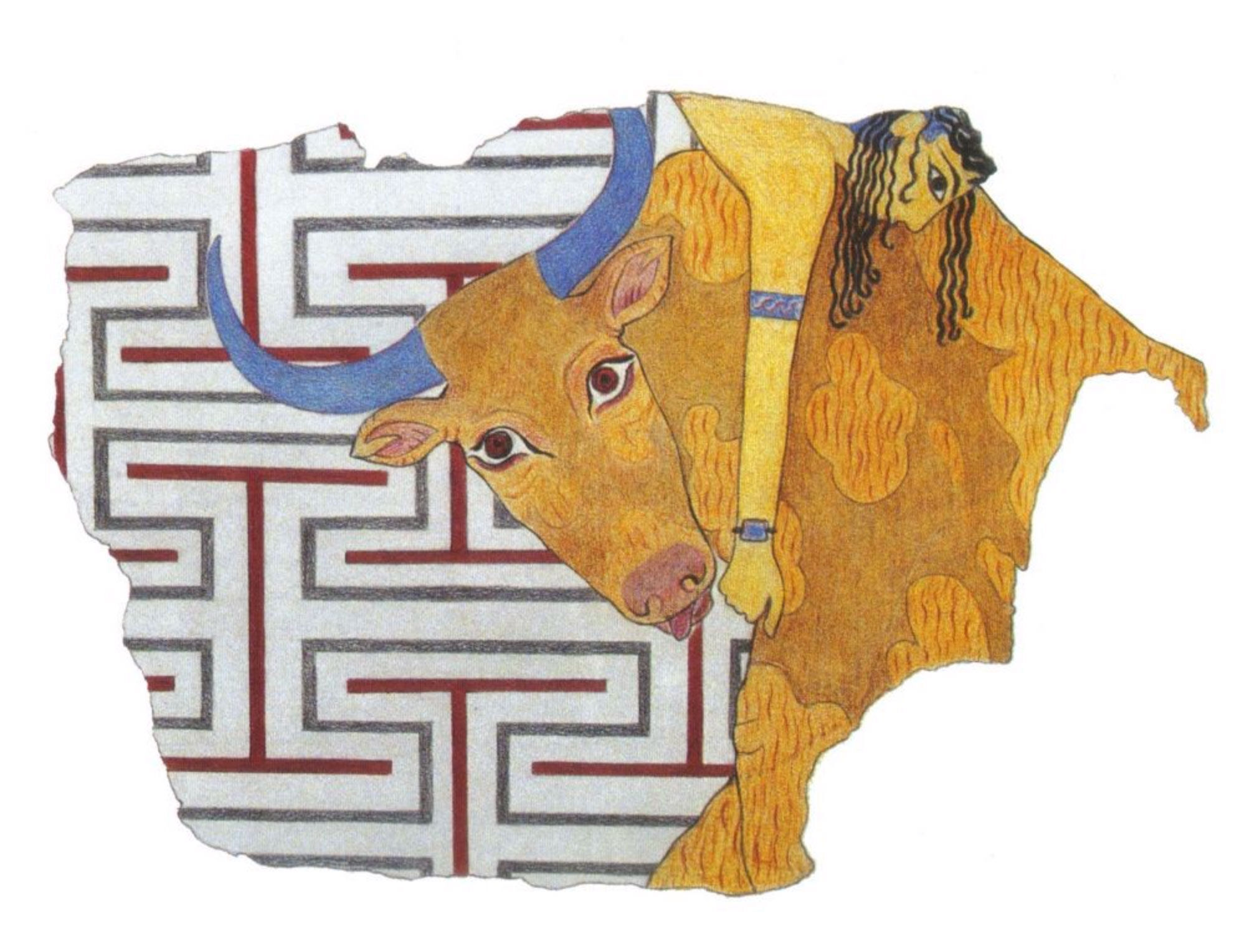 Bull-Leaper against the background of a maze-pattern (wall-plaster of lime, fragment F4). Reconstruction by Lyla Pinch-Brock (from Egypt, the Aegean and the Levant: Interconnections in the Second Millennium BC, edited by W. Vivian Davies and Louise Schofield, 1995) 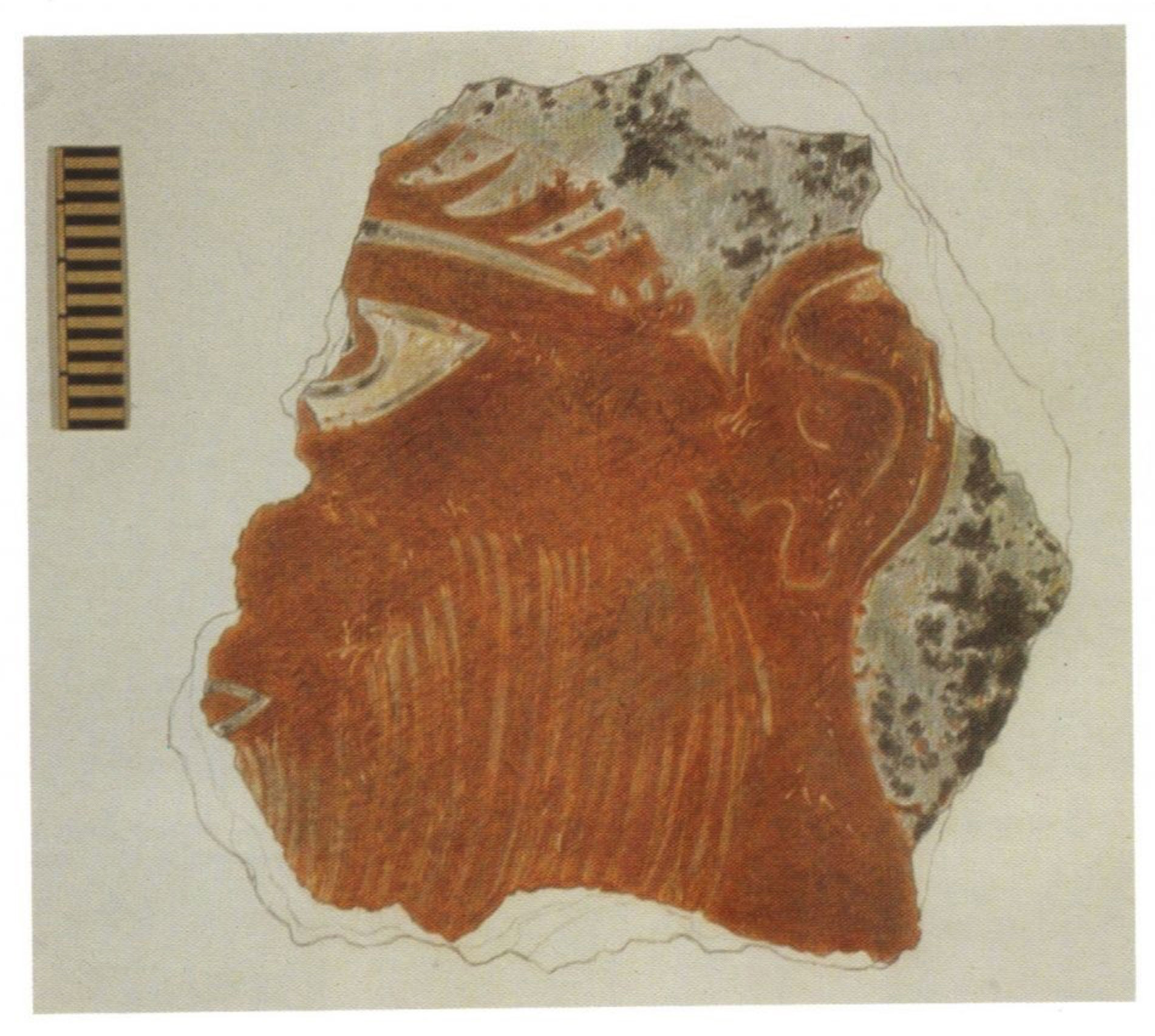 Bearded man, probably a priest (wall-plaster, fragment F6). Drawing by Lyla Pinch-Brock (from Egypt, the Aegean and the Levant: Interconnections in the Second Millennium BC, edited by W. Vivian Davies and Louise Schofield, 1995) 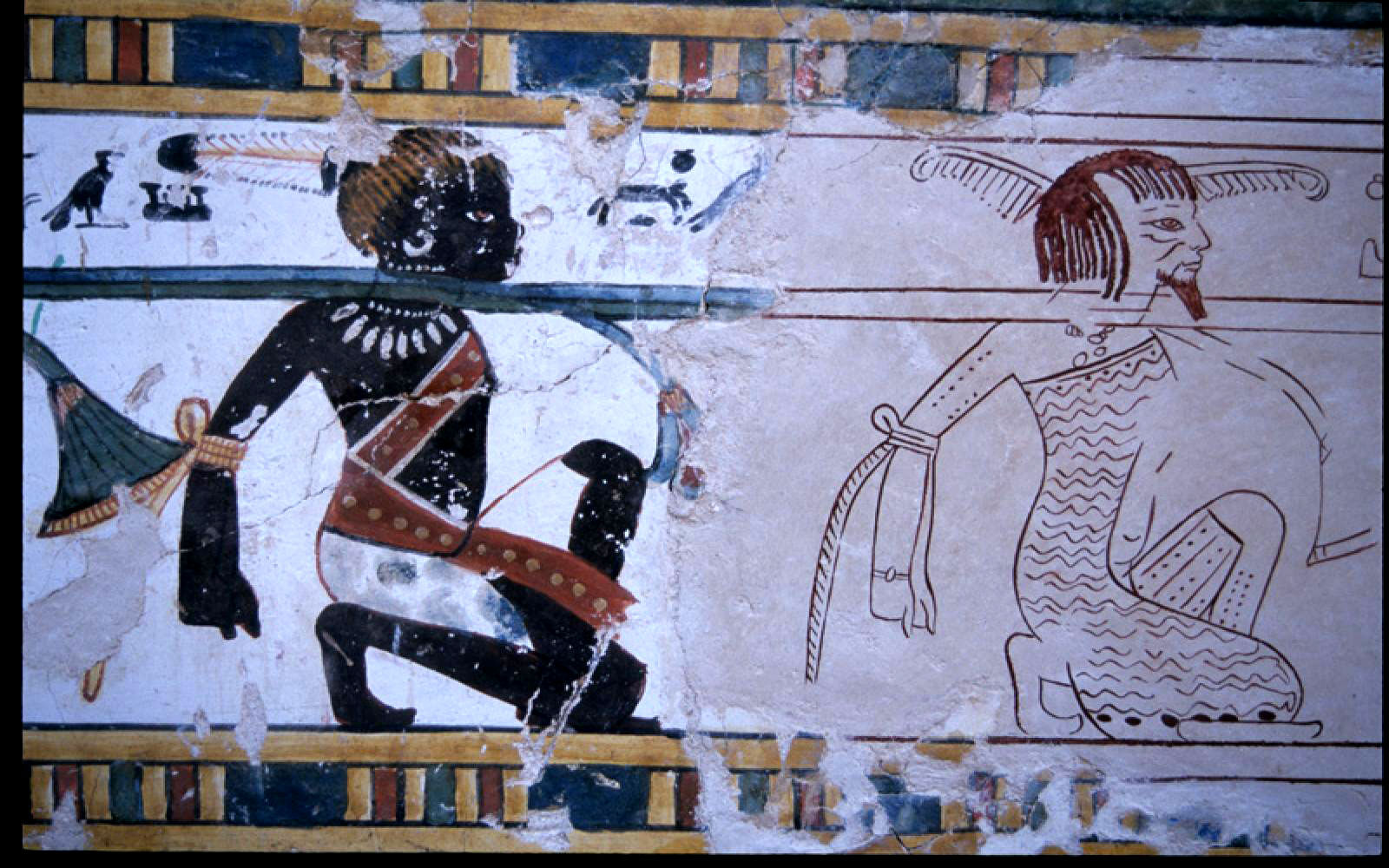 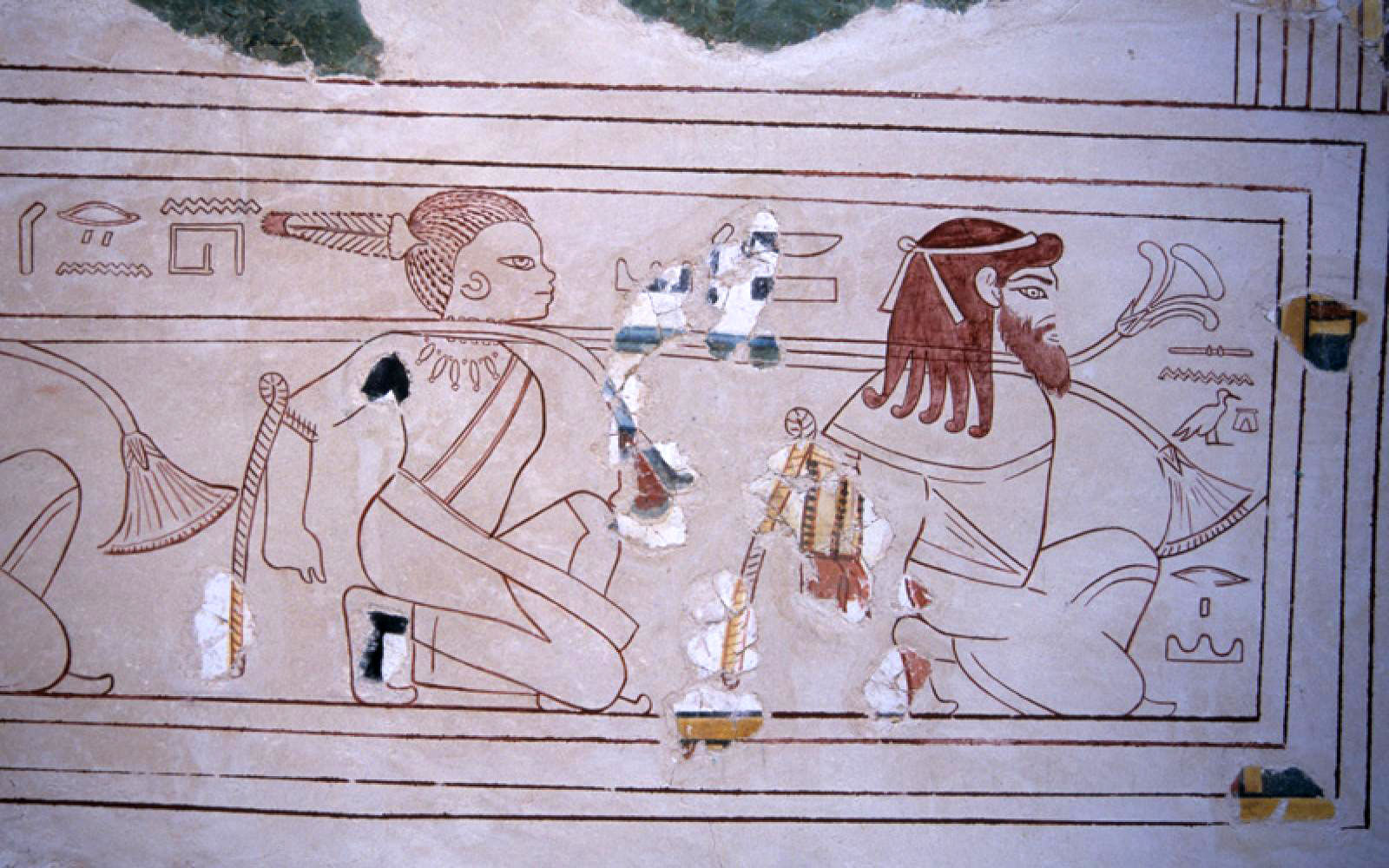 This article is based on:

Reconstructed scenes from the tomb of Anen: American Research Center in Egypt

Glad to hear that, thank you for your support! 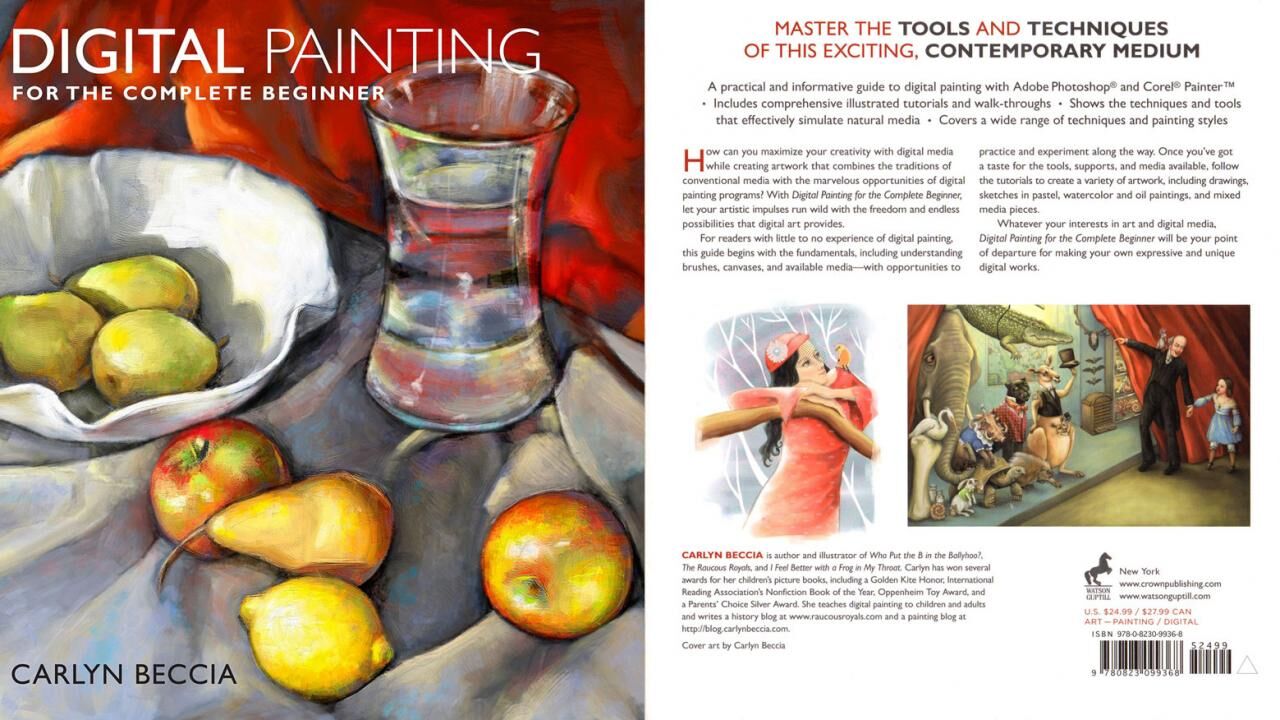 Back in Spring, we introduced a new series, which would include some of our favorite books regarding the techniques and methods used in creating digital art. Our next entry is Carlyn Beccia’s manual, a practical guide to digital painting with Adobe Photoshop and Corel Painter. 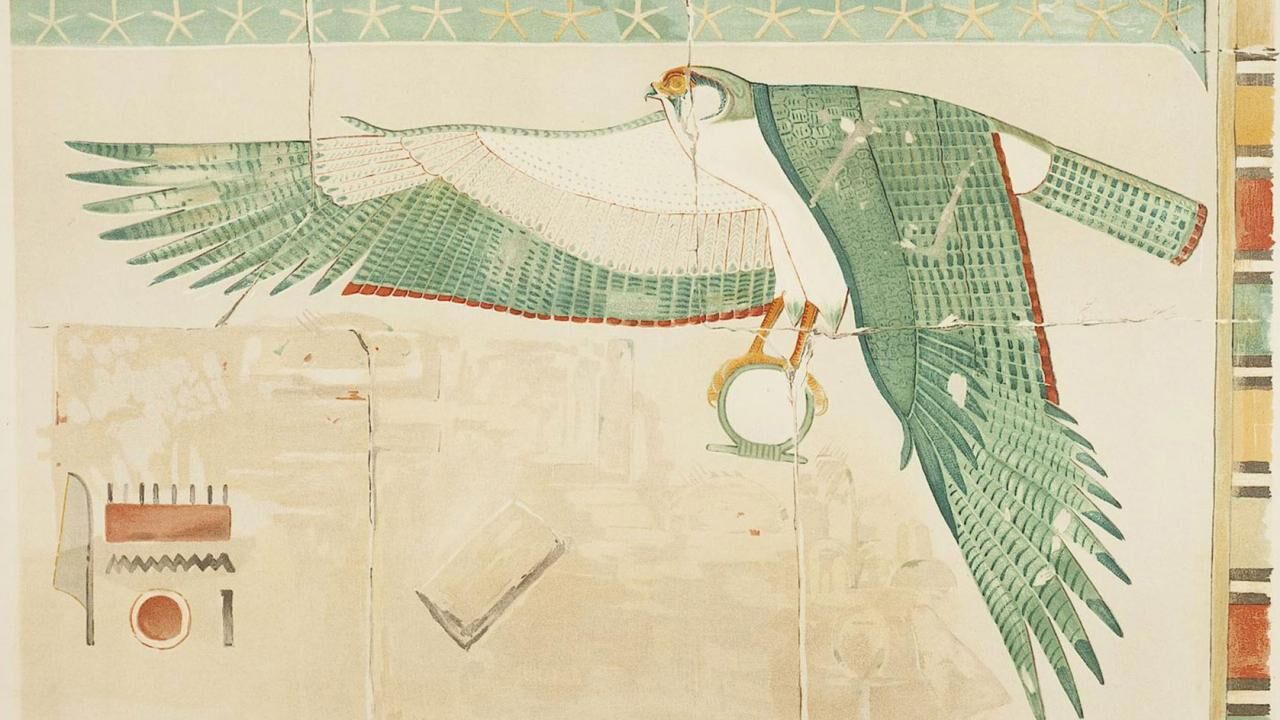 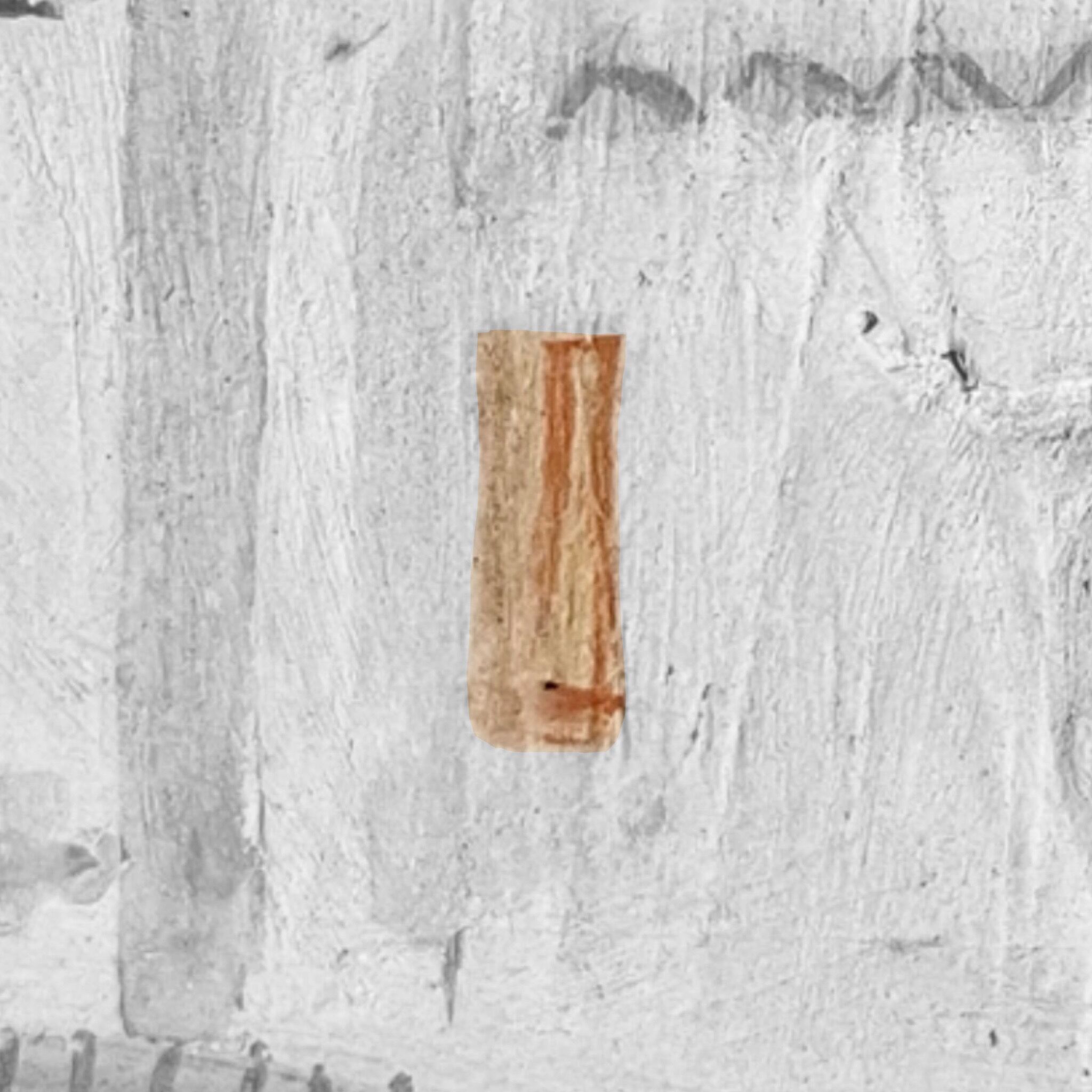 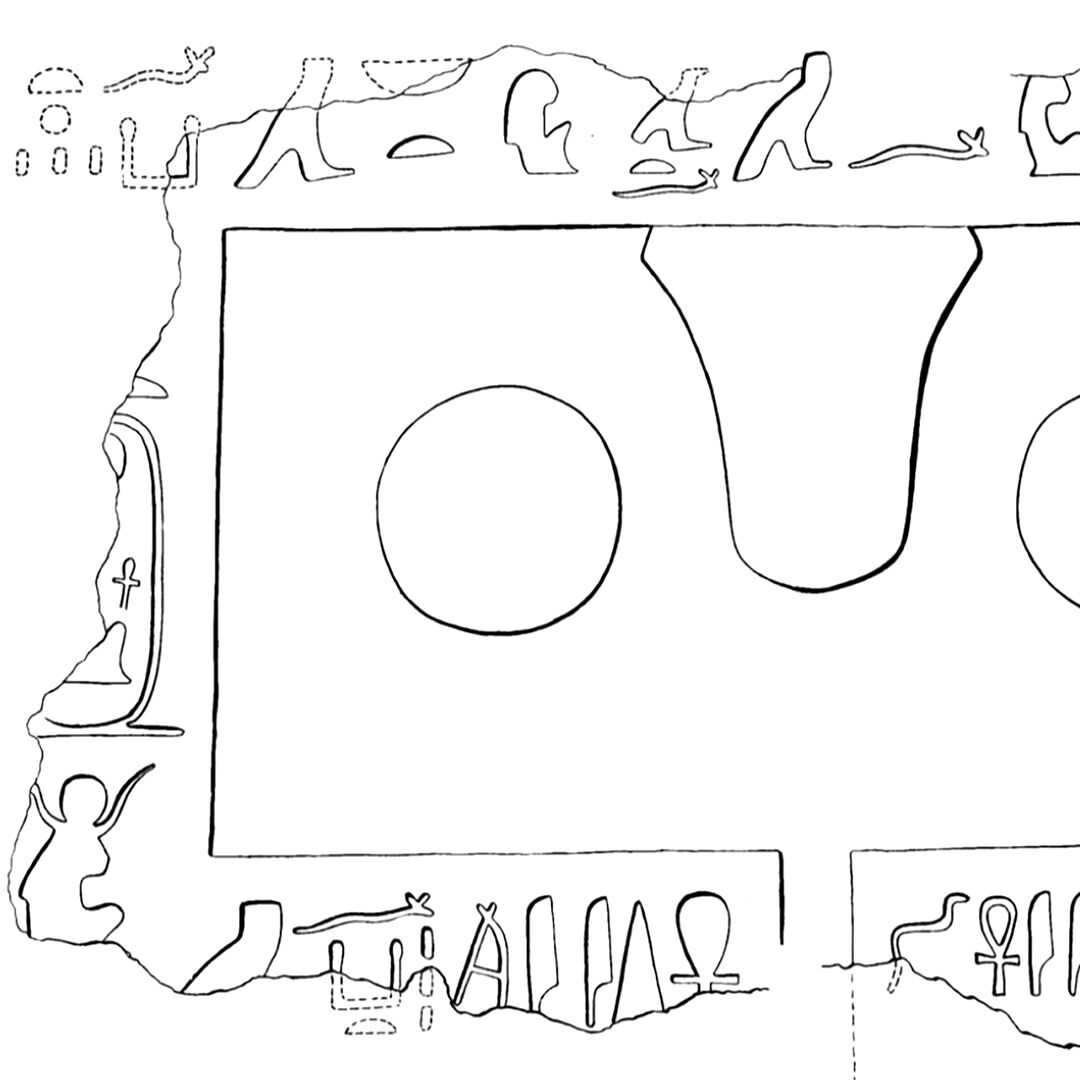