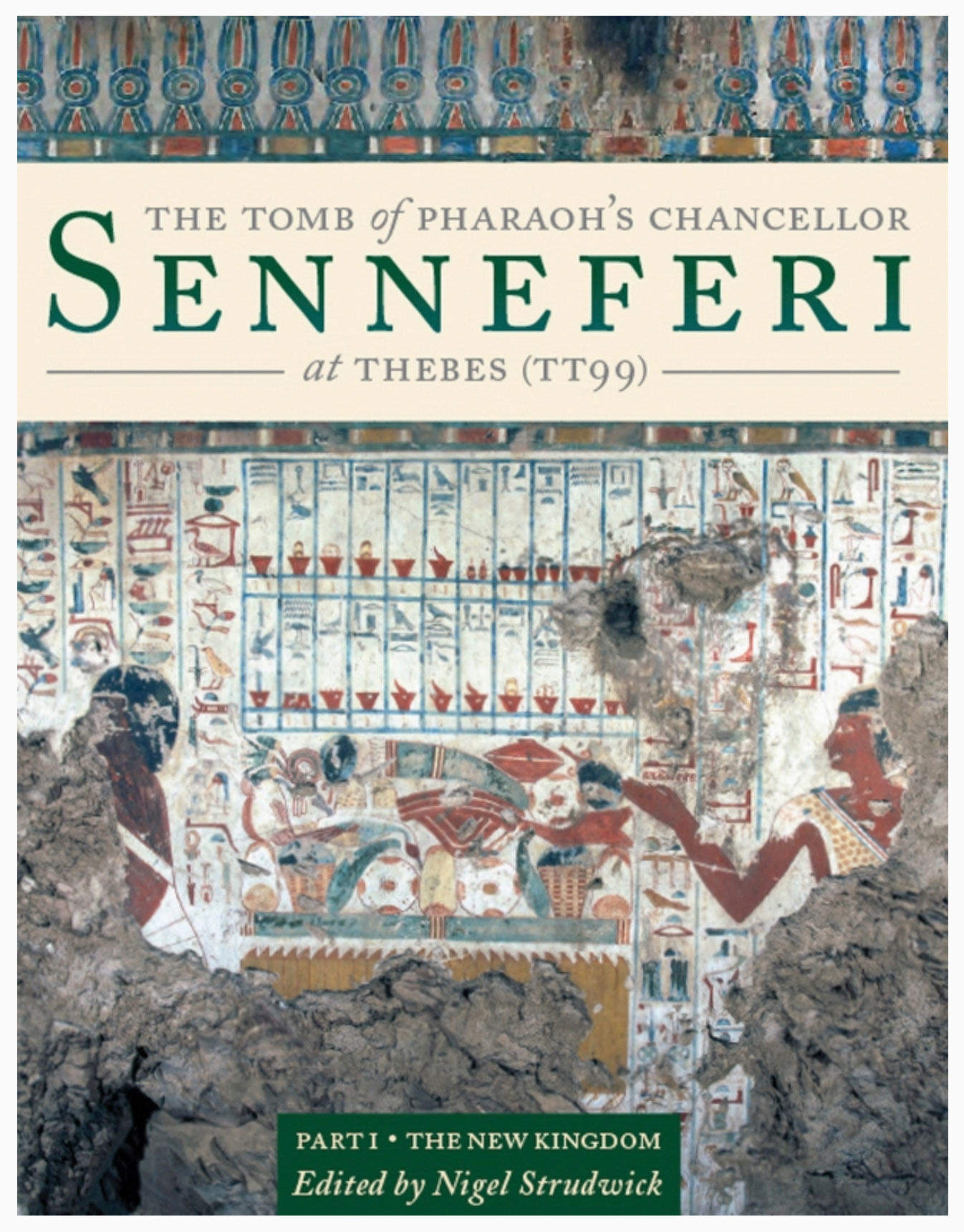 The Tomb of Pharaoh’s Chancellor Senneferi at Thebes (TT 99), Volume I: The New Kingdom. Edited by Nigel Strudwick. Published by Oxbow Books, 2016.

The conservation and documentation of the tomb of Senneferi (TT 99) at Luxor was carried out between 1992 and 2002 by the Cambridge Theban Tomb Project, under the leadership of Nigel Strudwick. Some of the results have been published in “The Tomb of Pharaoh’s Chancellor Senneferi at Thebes (TT 99), Volume I: The New Kingdom. Edited by Nigel Strudwick. Published by Oxbow Books, 2016.”

Senneferi was the chancellor of the king in Thebes during the reign of Thuthmose III. His large but badly damaged tomb is located in the upper enclosure of Sheikh Abd Al-Qurna on the west bank of Luxor. The tomb consists of a classic 18th dynasty T-shaped decorated tomb chapel, with a superstructure and a large courtyard, and shafts that were sunk in the courtyard and inside the tomb chapel.

“The majority of the wall paintings are lost, with two walls (Wall 11 and Wall 18) effectively bereft of their original decoration. The limited areas that survive are overwhelmingly at the top of the walls, with just a few isolated patches more than 1 m below the friezes.”

“The Front room of TT99 presents a combination of the major achievements of the tomb owner and his relationship to the king (especially the Lebanon trip) together with certain ritual scenes which form part of the ‘Beautiful Festival of the Valley’. In addition, two of the principal offering/commemorative cult locations are there (the false door and stela). The poorly preserved scenes in the Passage encompass for certain only the receipt of funerary equipment, which could be viewed as transitional between the subject-matter of the front hall andthat of the Shrine at the rear. The latter room has the central focus on the provision and preservation of the cult of the deceased on the whole west wall, together with scenes where he is shown with the paramount deities of the tomb, Osiris and Anubis; however, it also includes a summary of his achievements in the biography, and (probably) his funeral scene, the latter of which is most often found earlier in the chapel.”

Documentation of the paintings:

“Every wall in TT99 has been documented in facsimile drawings and colour photographs, and all the facsimiles are presented here, with as many photographs as possible. The facsimiles were made at the wall at full size, and are presented here at as consistent a scale as the book format allows.As usual, we have attempted to follow the original line thickness as much as possible, although there is always a problem with unoutlined areas of pure colour; these are drawn with the thinnest pen. Damage is outlined with a broken line.”

The Wall Plan “permits the documentation of the archaeology of a wall (the damage and construction techniques are not easily reproducible by other methods) and is also a very convenient way of indicating accurately the location of scenes on a wall. Such plans can also then be used as a basis for a possible reconstruction of the original wall decoration.”

“For these plans, aim grid was set up over each wall, and the overall dimensions of the wall were measured and plotted on A0 sheets of graph paper at a scale of 1:10. The areas of decoration were then added by making periodic marks relative to the grid and the outlines joined. Then significant areas of damage or indications of the construction of the decorated surface were similarly added. A key is provided to identify whether the marked areas were plaster, mud, stones or actual holes in the wall; faults in the rock were also marked. The sheets for each wall were scanned, and the outlines of each different area traced in Adobe Illustrator. Small-scale versions of the facsimiles of the decoration were imported to complete the plan for each wall.” 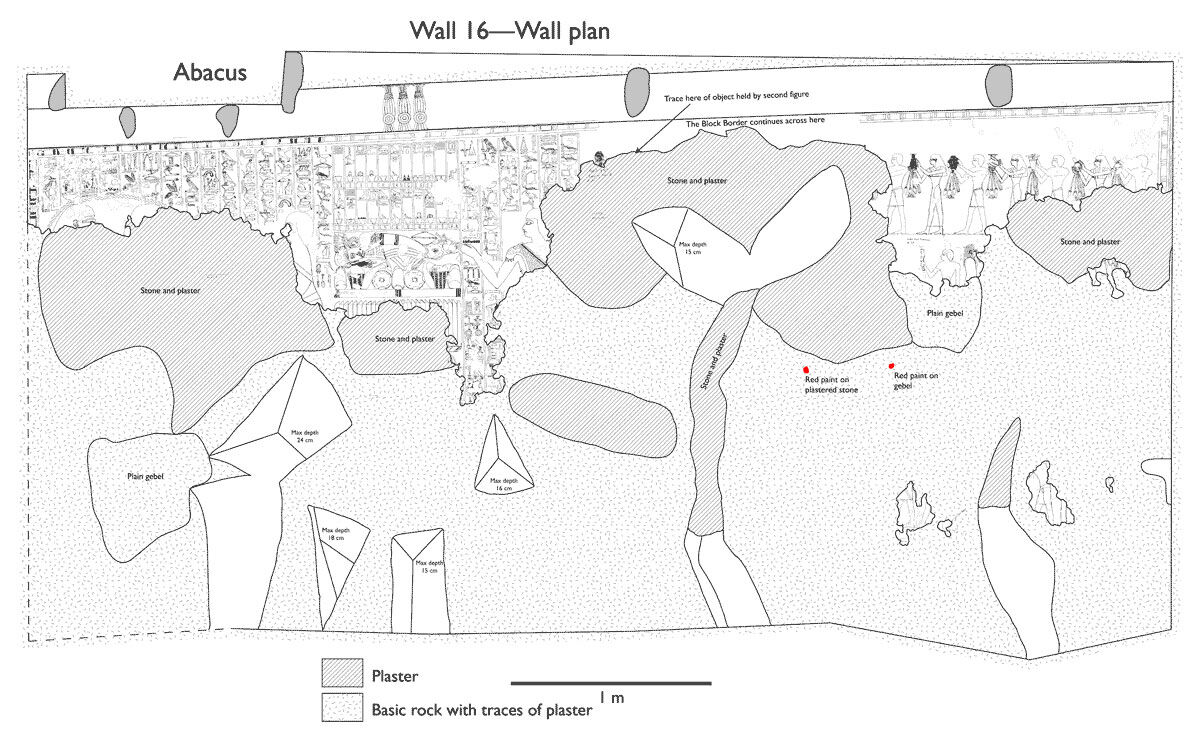 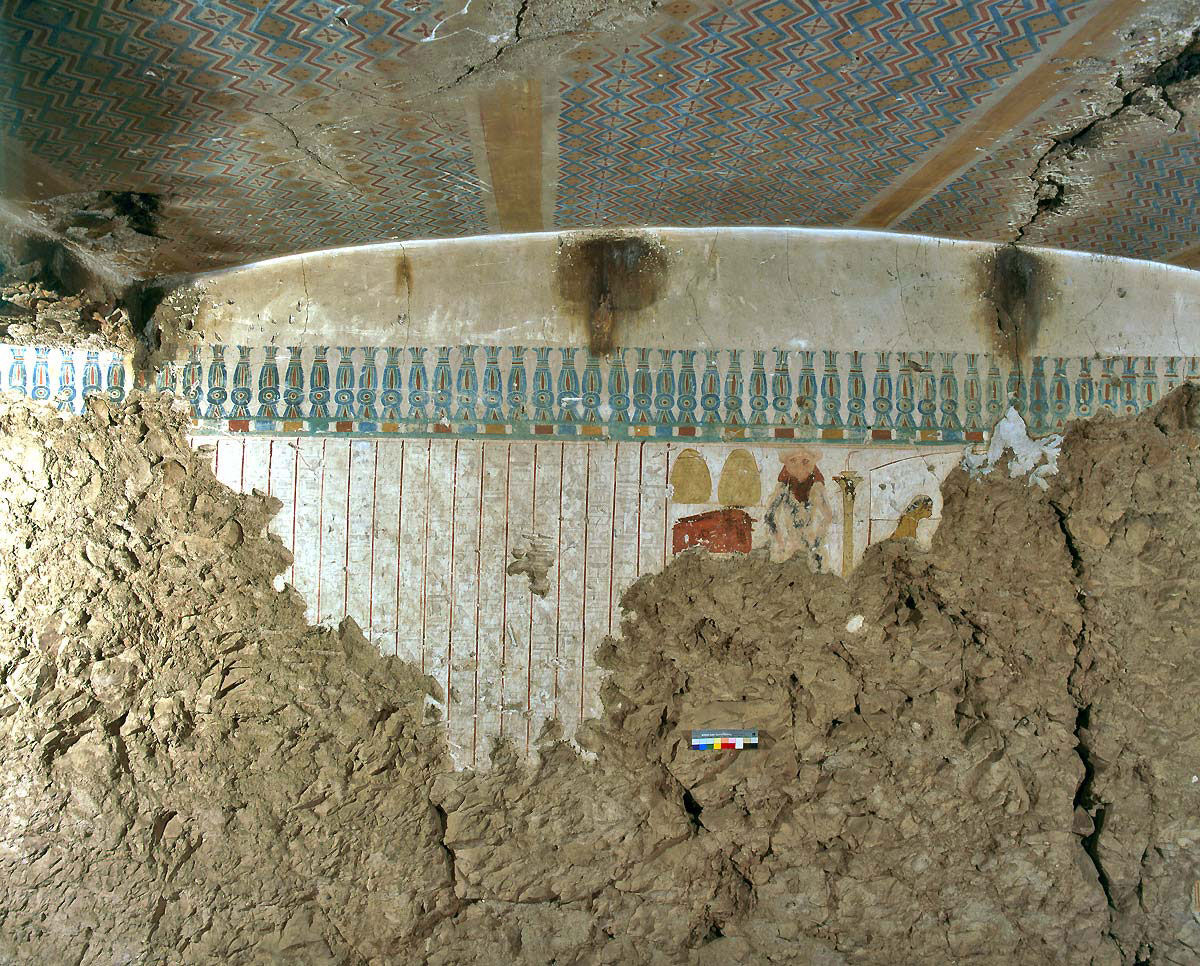 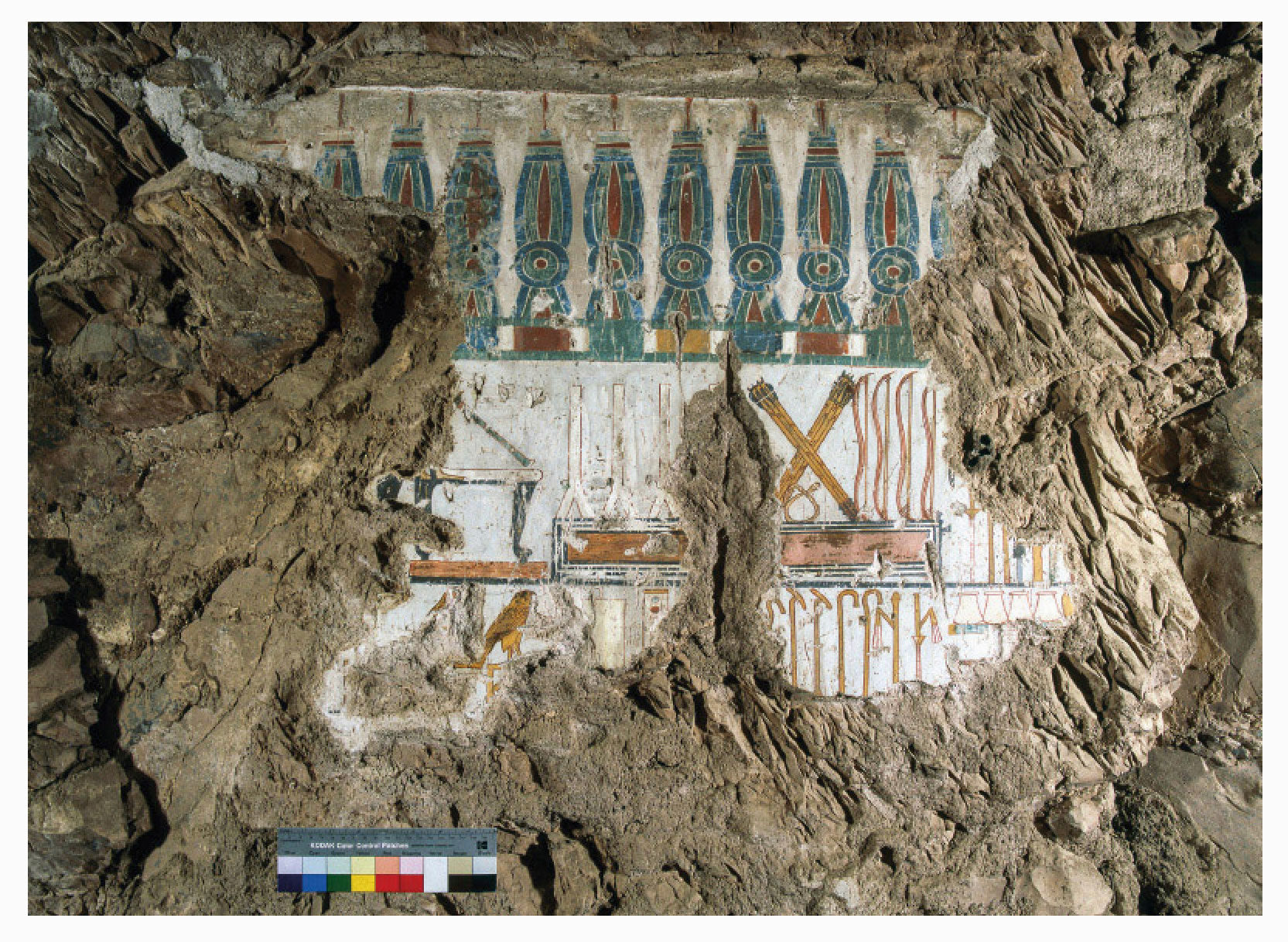 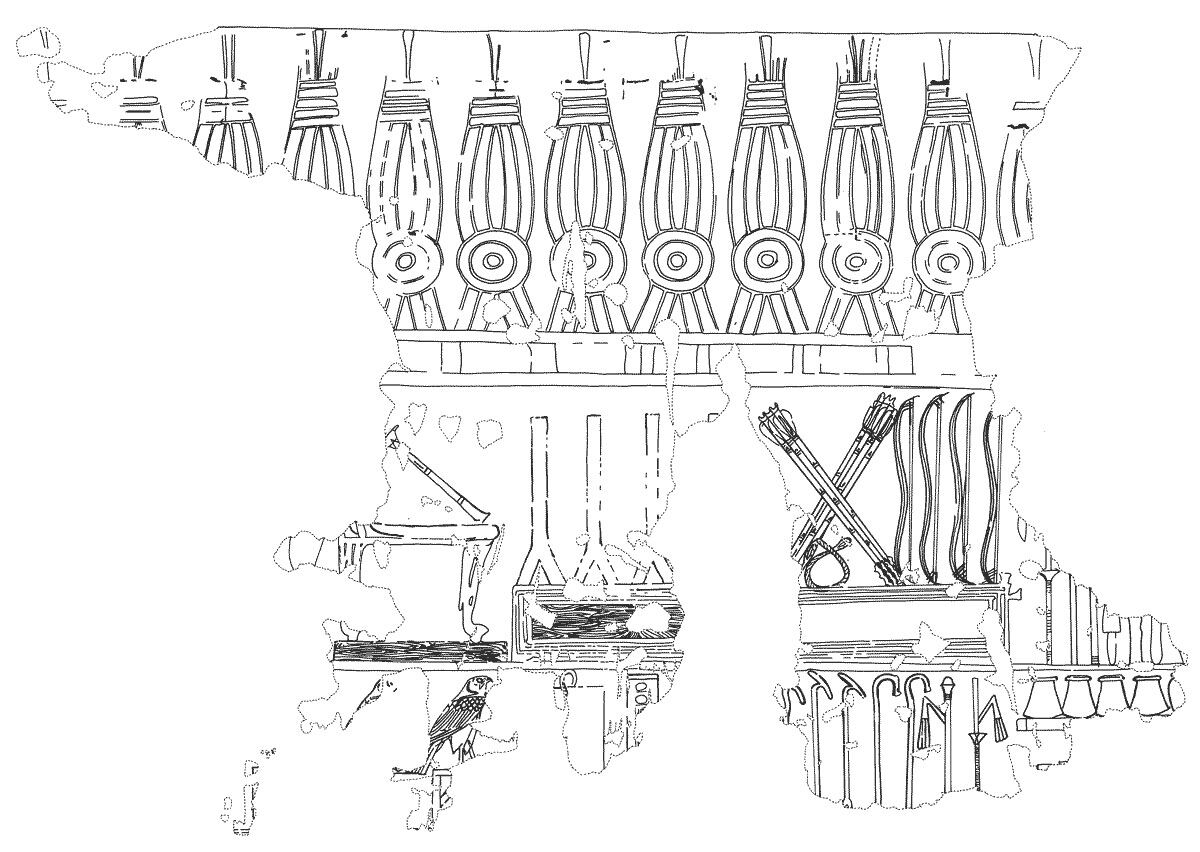 You can purchase “The Tomb of Pharaoh’s Chancellor Senneferi at Thebes (TT 99)” directly from the publisher at Oxbow Books (now at a reduced price!), or through various retailers, such as Amazon.com and Amazon.de.

The book is also available in electronic format, both for Kindle and iBooks through Amazon and iTunes respectively.

For additional information and photographs about the archaeological fieldwork at TT 99, visit the project’s website. 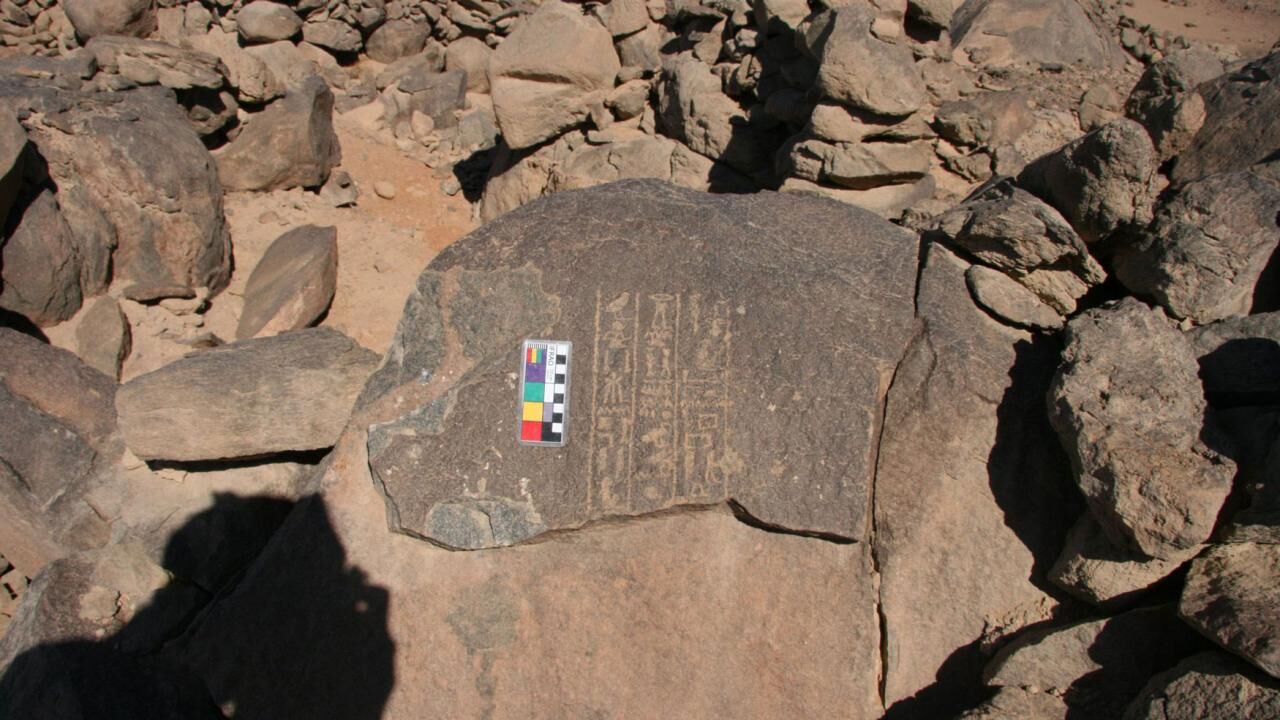 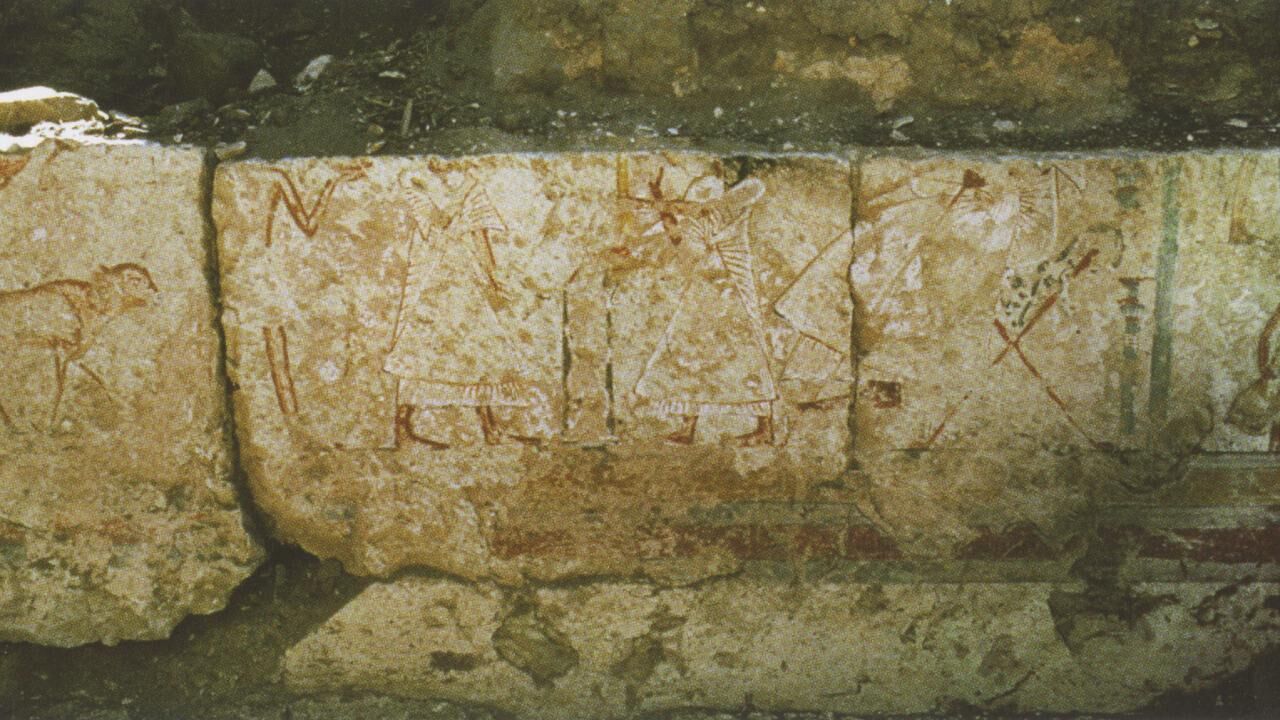 In recent years, the Heidelberg University’s Ramesside Tomb Project has been studying the motifs behind the decoration of the forecourts of two Ramesside tombs, TT 157 and TT 183. 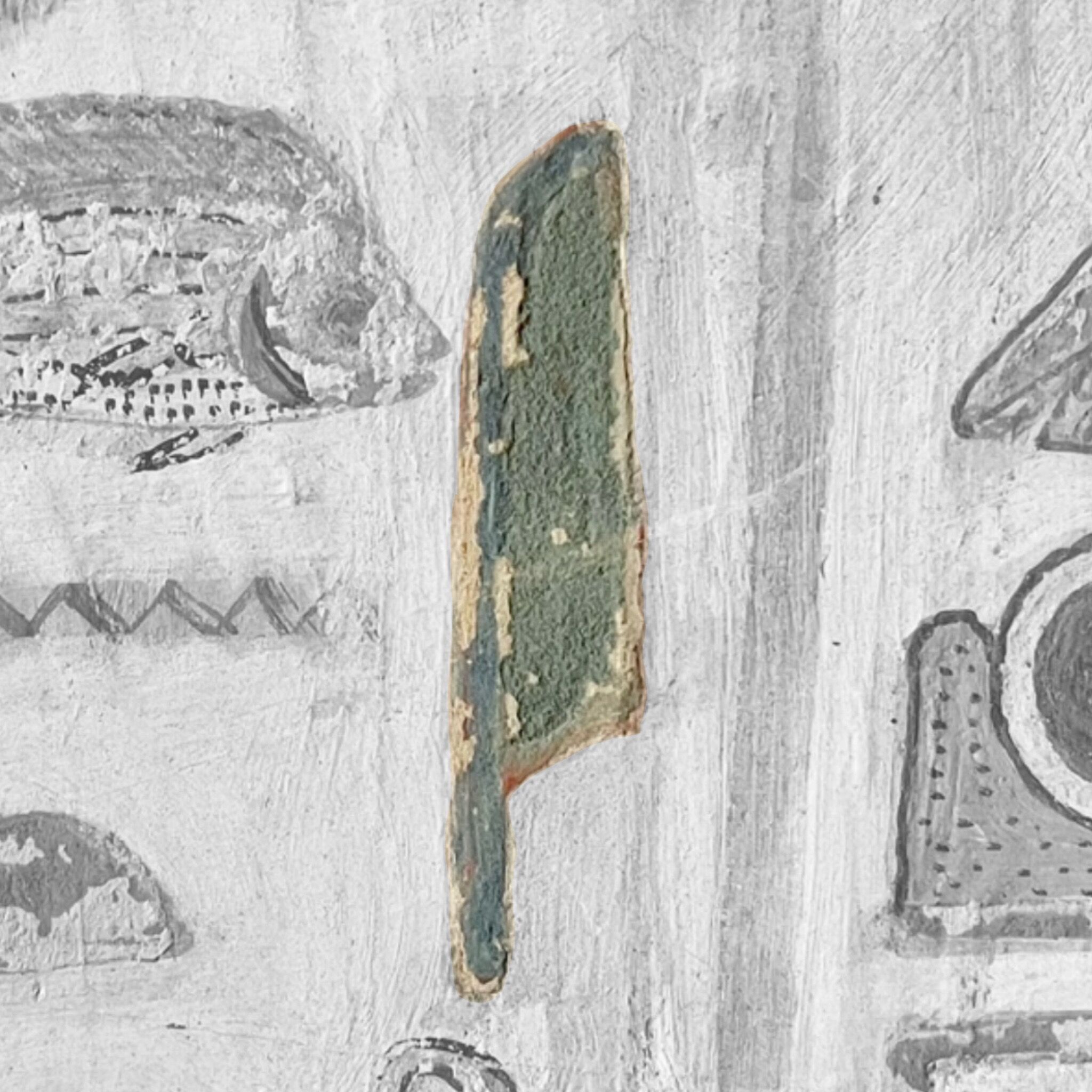 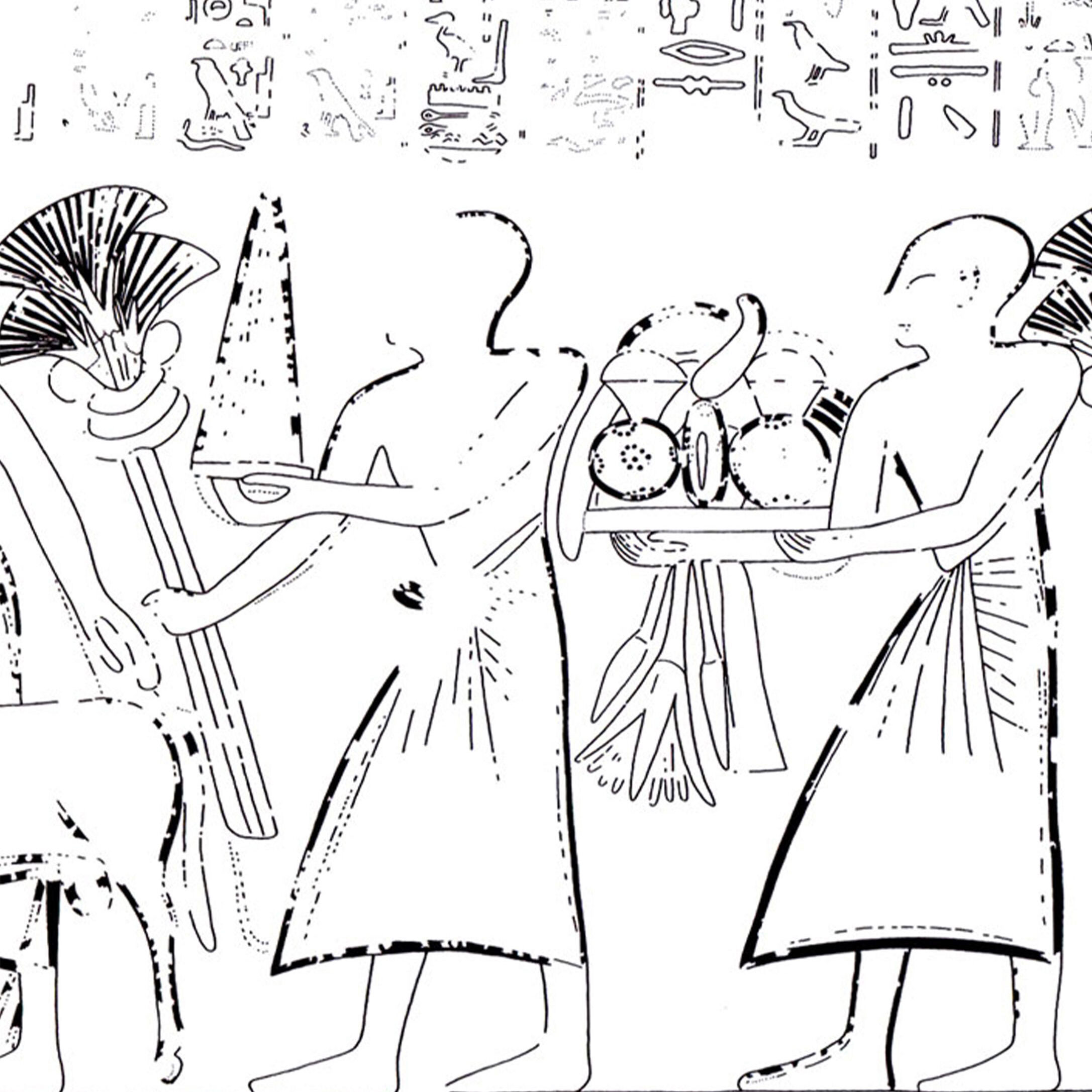