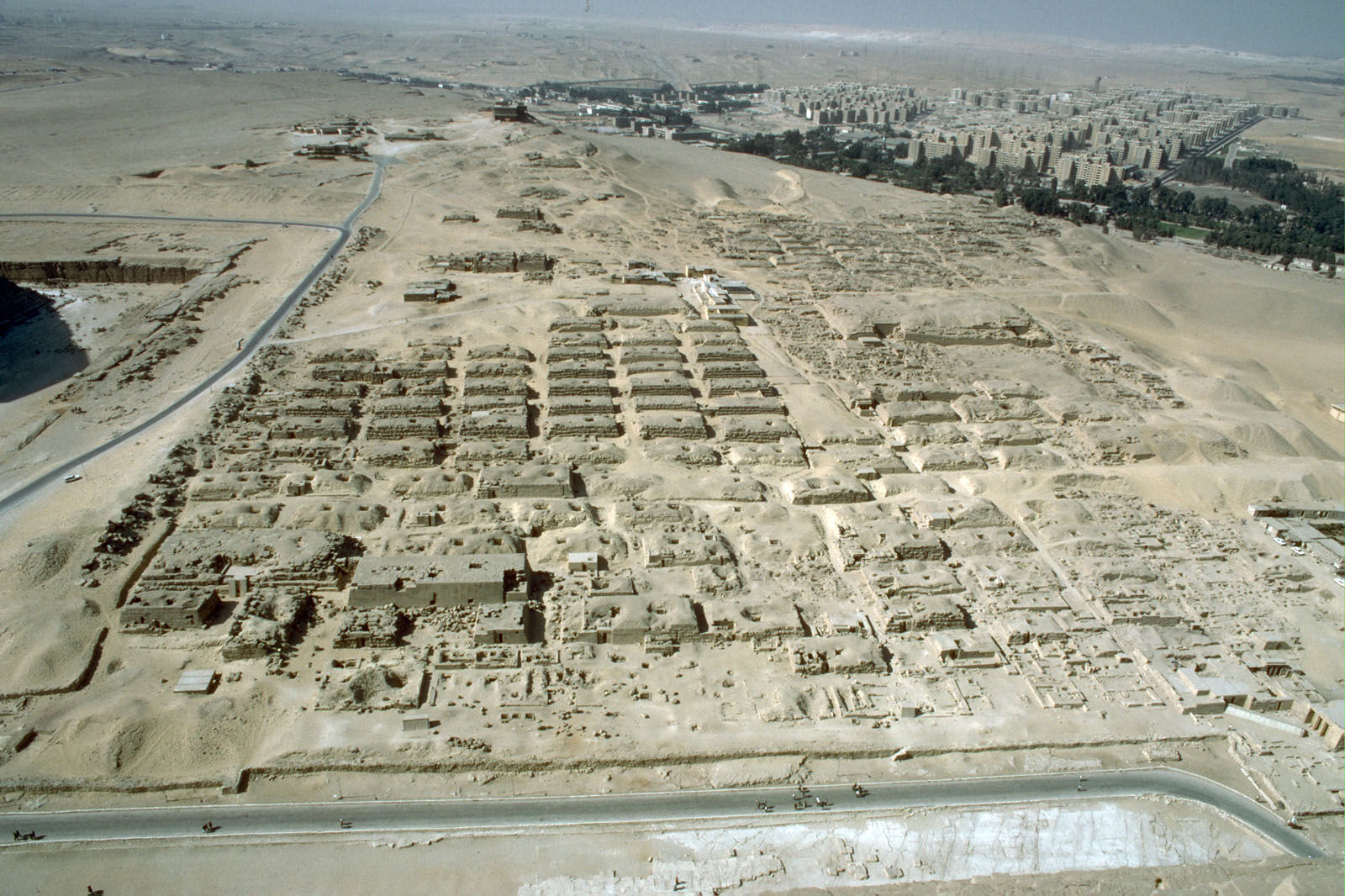 The Harvard University – Museum of Fine Arts, Boston Expedition at Giza, directed by George A. Reisner between 1905 and 1942, has contributed immensely to our knowledge of the Old Kingdom and the Giza Plateau. However, the excavations have also uncovered significant material from later periods of Ancient Egyptian history, including fragments of a “rishi” type coffin now preserved in the Museum of Fine Arts, Boston. These fragments were part of a badly decomposed coffin found in the debris between mastabas 3040 and 3030 at the edge of the Western Cemetery of Giza. The area was excavated by Clarence S. Fisher from the University Museum of the University of Pennsylvania, but the fragments were left at the Harvard camp for study and later sent to Boston.

“The coffin fragments are the only objects preserved from the burial noted as 3040 x on the boxes which held them. Today, they number 8 adjoining pieces measuring approximately 74.0 cm long by 30.0 cm wide. The fragments are badly decayed, with only the outer cartonnage layer remaining, but they indicated that the original coffin was a particularly fine example of the type. A column of text in green hieroglyphs runs down the center between green lines and with a polychrome diamond panels in red, yellow, black, and green over white on either side.

The scale pattern on the outside of the borders is carefully done in yellow, red and pale green with black outlines and feather tick marks. The foot end is decorated with bands of white, red, green and yellow and outlined, scored and checked in black in imitation of beaded anklets.”

“This type of fine painted decoration is characteristic of the last stage in the development of the private "rishi" coffin, dating to the early Eighteenth Dynasty.”

The rishi coffins are funerary coffins that appeared during the late Middle Kingdom and continued to be used throughout the 17th Dynasty for both royal and private individuals. The word “rishi” means feathered in Arabic and refers to the feathered design the coffins are adorned with. Most rishi coffins are known from the Theban area. They were carved from local sycamore and are anthropoid in shape, however they were no longer used solely as inner coffins. They are adorned with a painted feather pattern: huge pair of wings cover the lid from the shoulder to the feet. On most rishi coffins, royal or private alike, the deceased is wearing the royal nemes-headdress, the only difference being that the royal coffins have an uraeus attached to the middle of the brow. A vertical line of inscription divides the body of the coffin: an offering formula and the name and titles of the deceased. Generally, the rishi coffins are of mediocre workmanship, many examples are crudely shaped and poorly decorated. They were still attested in private use during the first half of the 18thDynasty but were gradually replaced with other types of coffins.

Illustrations used in the article were drawn by Andrew Boyce.

Coffin fragments (photo from The Museum of Fine Arts, Boston) 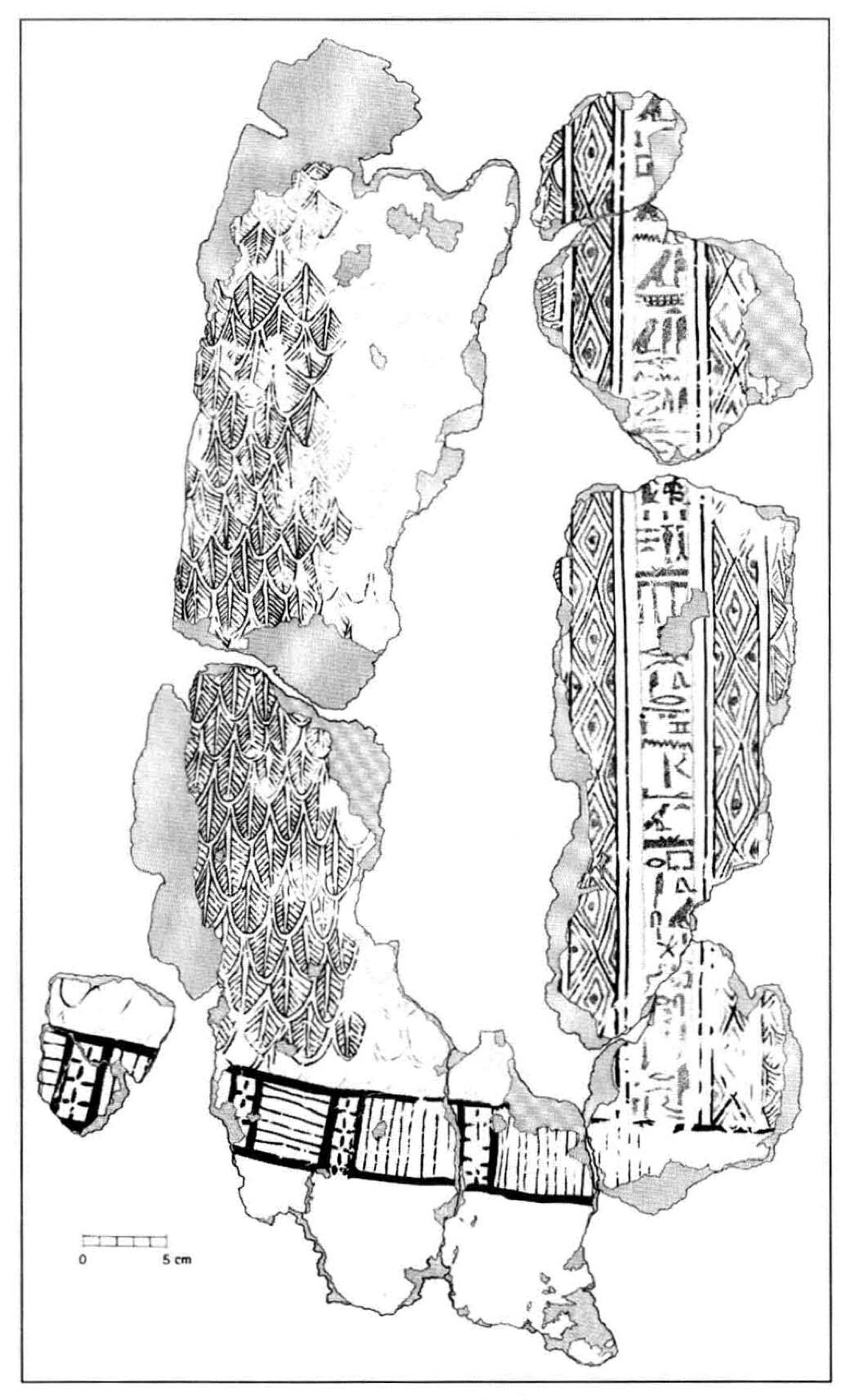 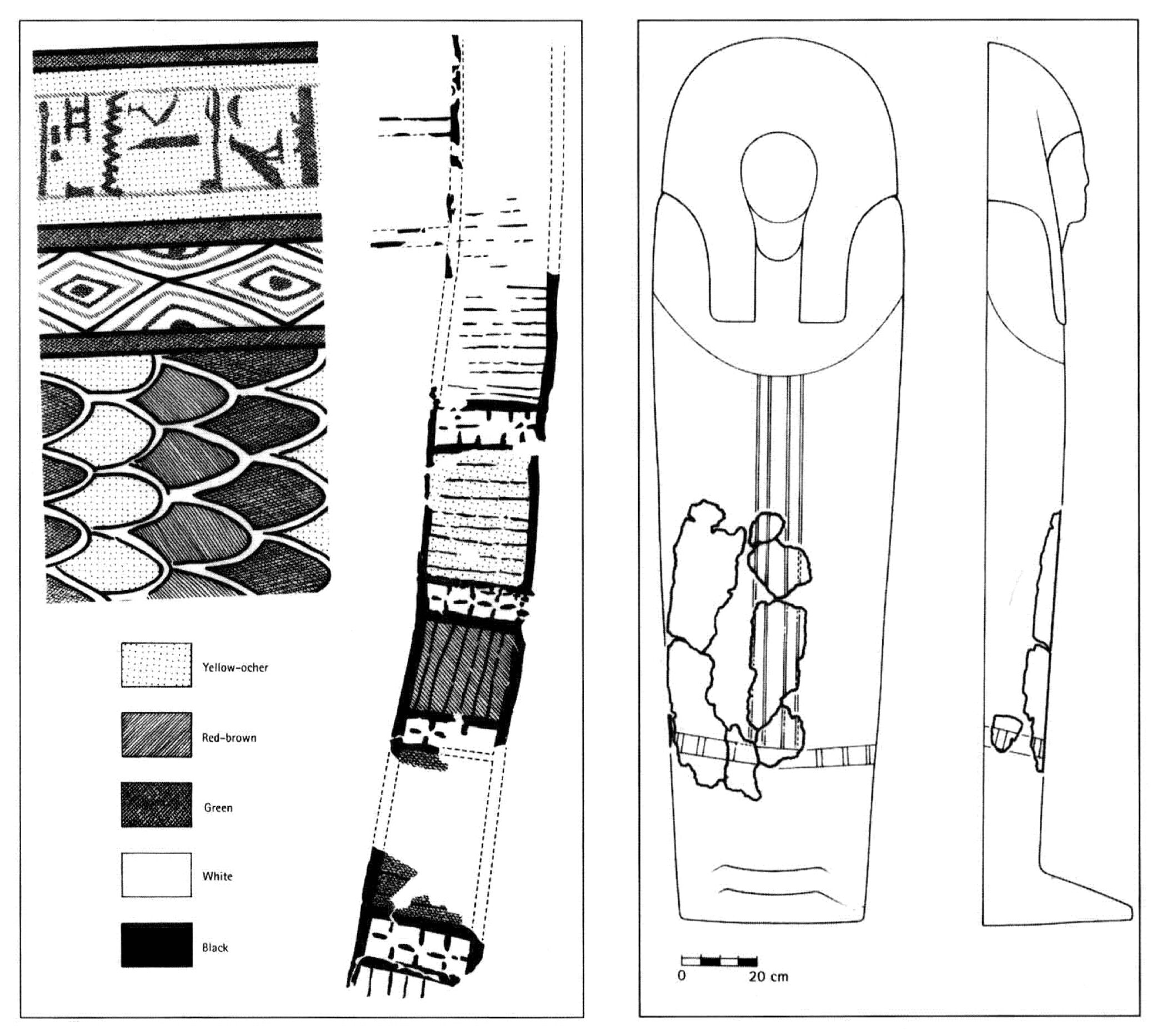 Fig. 2: Color key for fragments of rishi coffin from Giza and reconstruction of their original position. Drawing by Andrew Boyce.

Peter Lacovara: “A Rishi Coffin from Giza and the Development of This Type of Mummy Case” in The Archaeology and Art of Ancient Egypt, Essays in Honor of David B. O'Connor edited by Zahi A. Hawass and Janet Richards, Annales Du Service Des Antiquites De L'Egypte Cahier N° 36, Volume II (2007), 33-38 (Available here)

Gianluca Miniaci: “The Iconography of the Rishi Coffins and the Legacy of the Late Middle Kingdom” in JARCE 46 (2010): 49-61 (Available here) 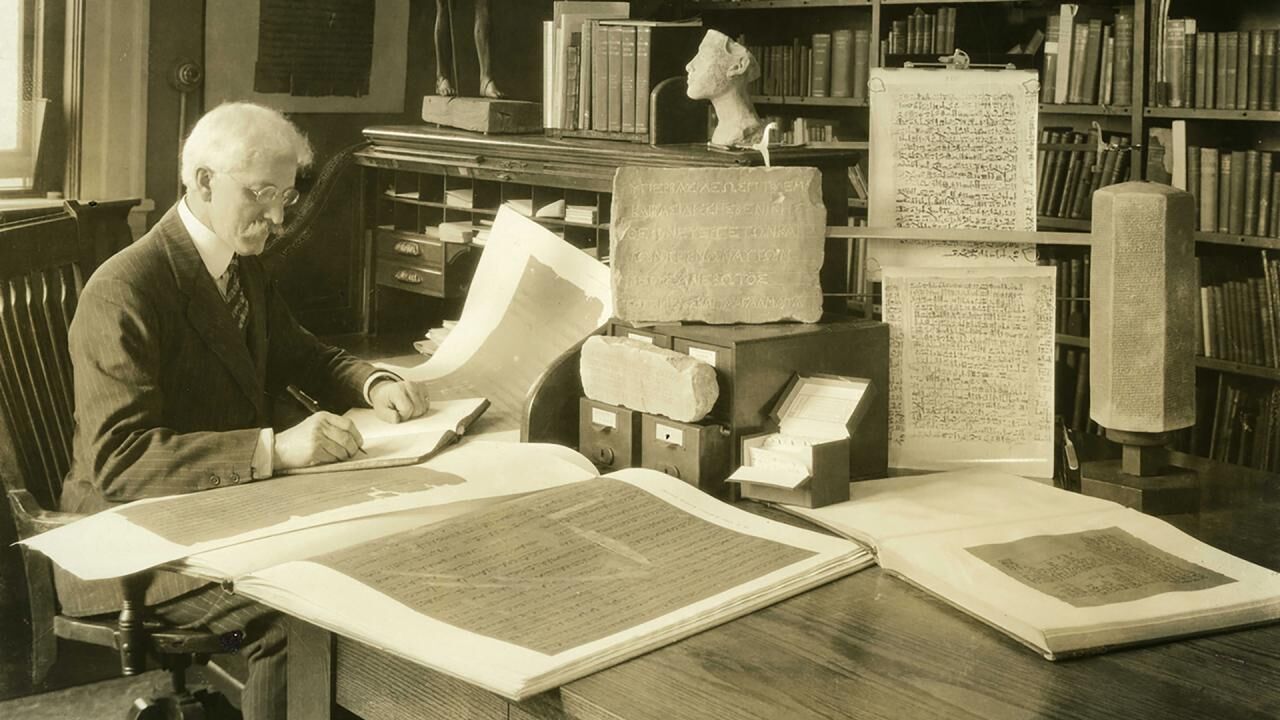 The three-part article reflects on how Breasted came to establish the Epigraphic Survey and the Chicago House Method, utilizing new technologies to make epigraphic work possible, and setting the standard for the digital work of today. 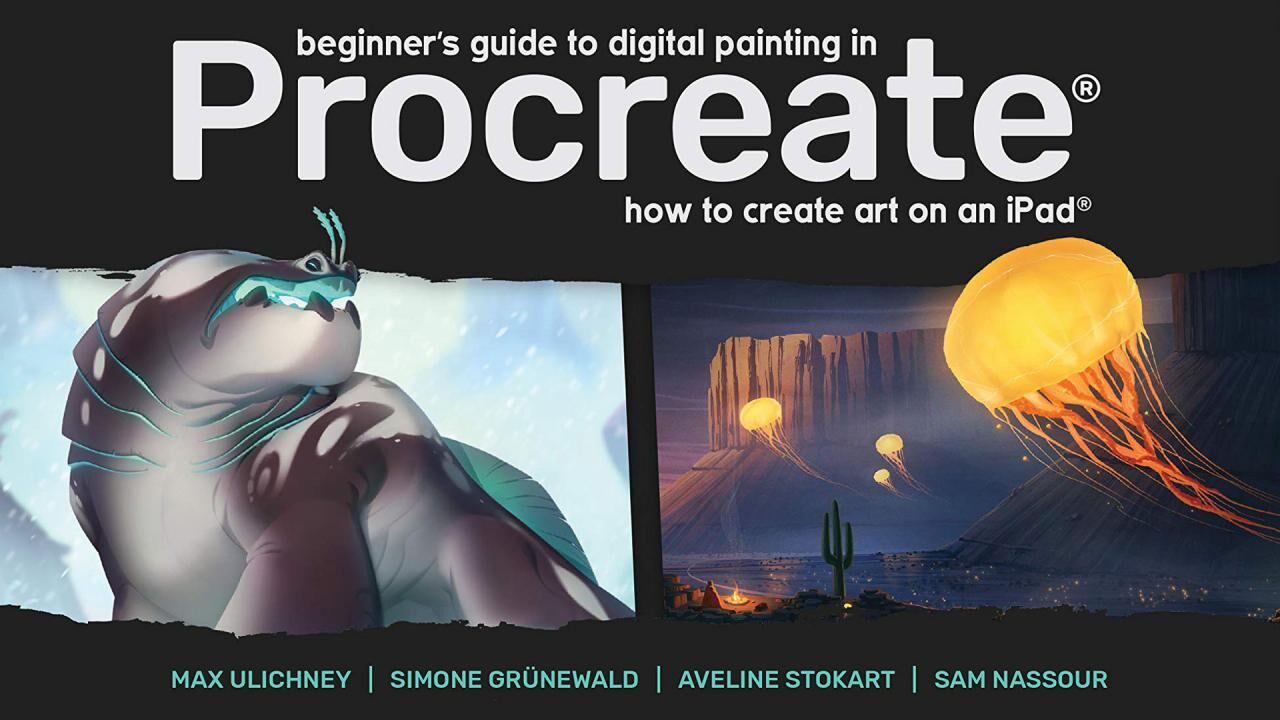 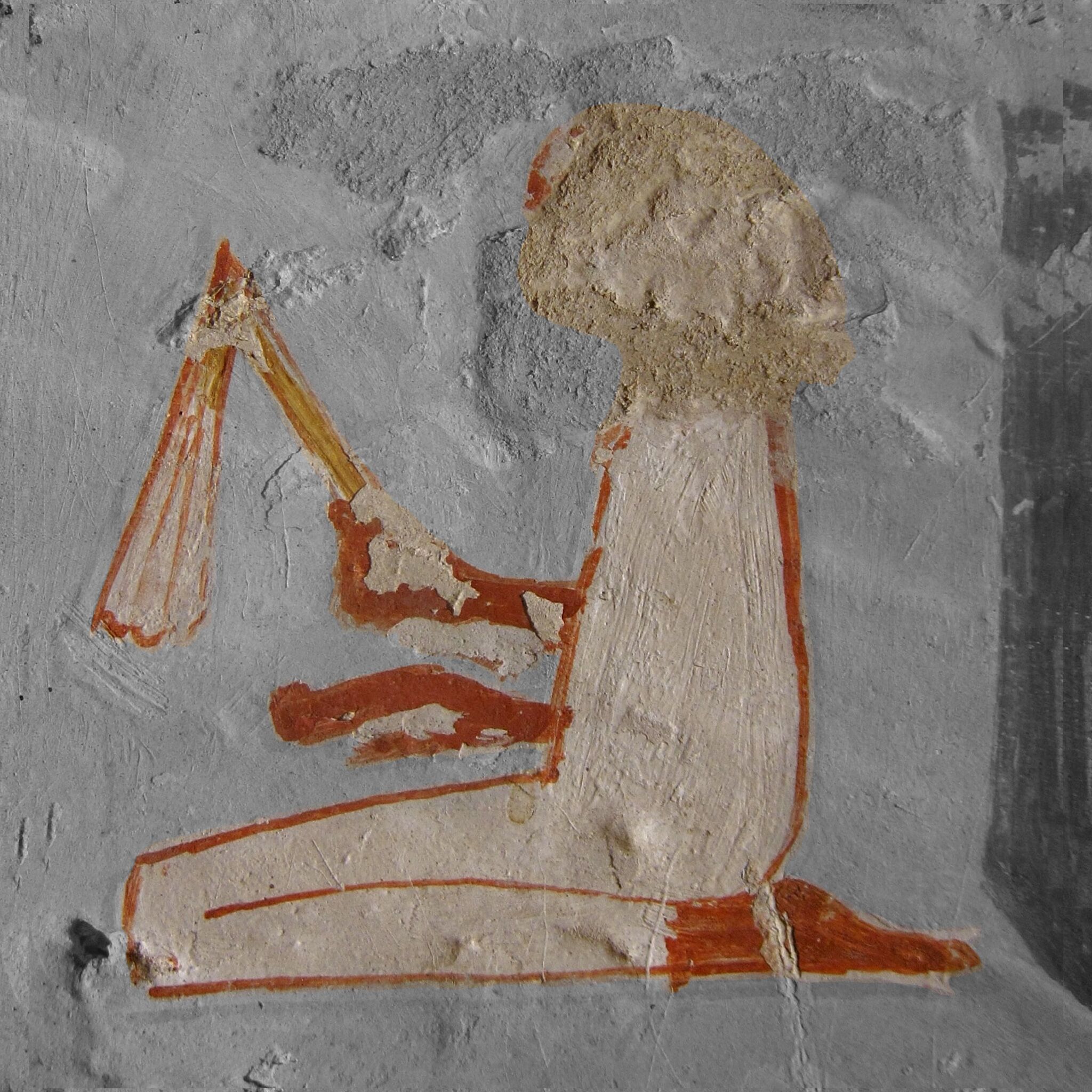 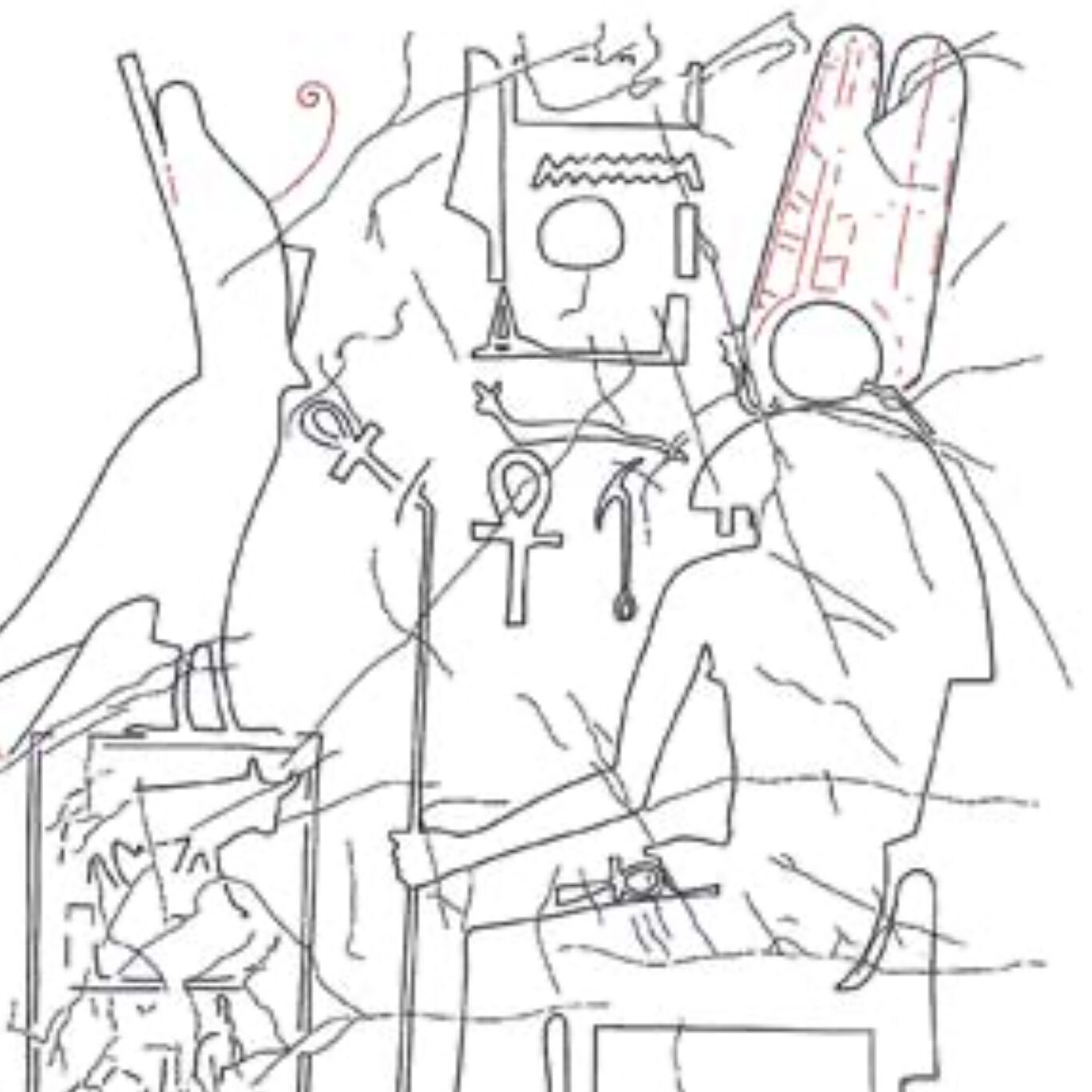