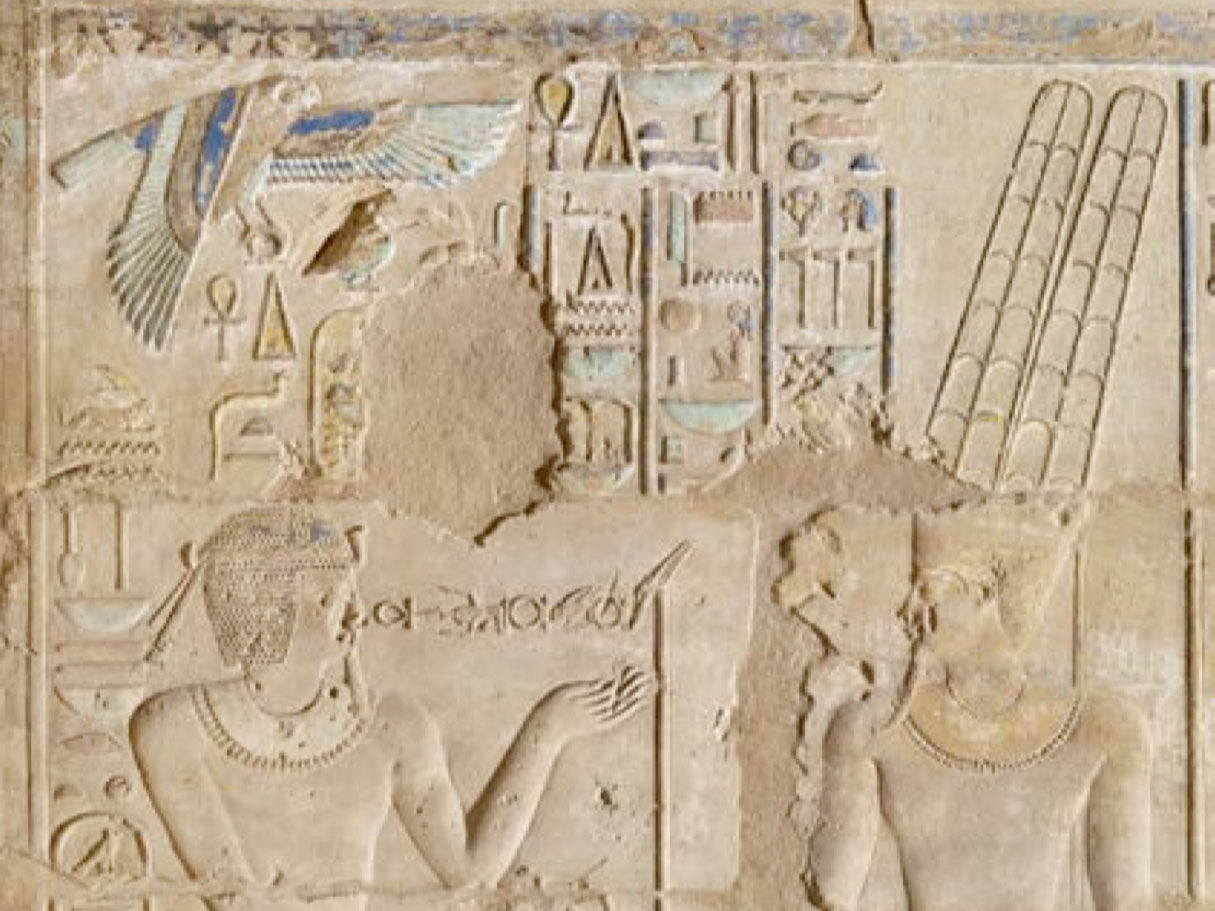 The extensive work of the French-Egyptian Centre for the Study of the Temples of Karnak was devoted to several programs during the 2013-2014 season, including the epigraphic survey of the northern area of the Akh-menu of Tuthmosis III, the survey and study of the inscriptions of the 8th pylon, and the epigraphic documentation complementing the excavations at the temple of Ptah.

The survey and study of the inscriptions of the 8th Pylon began in 2013. “The inscriptions on the eastern face of the eastern massif, including that of the high priest Roma were copied, as well as those of the “Amenhotep door”. The inscription of the high priest Amenhotep on the reverse of that door mentioning restorations undertaken in the temple of Amun-Ra, including a building of King Sesostris I, was the subject of particular attention because of its historical importance and its very advanced state of degradation.”

The epigraphic documentation from the excavation of the temple of Ptah concerned a threshold block from the Ptolemaic Gate C’ and a sandstone doorjamb of Thutmose III. Following the conservation work on the gate, “it was found that the southern block (29 x 142 x 66 cm) of the threshold was reused…In the joint, the opposite side also showed traces of sunken reliefs. It was decided to temporarily remove the two stones forming the western doorjamb to move the threshold block and record the hieroglyphic inscription.”

The epigraphic survey of this area concentrated on the rooms of the “solar complex” and the “northern storerooms”.

“Two drawing techniques were used in a complementary way for this project. The first part of the work, completed in April 2014, was to conduct surveys on plastic film (acetate) of the lower parts of the pylon, the eastern wall of the courtyard of the eighth pylon as well as statues on the south side.”

“The second part of the survey was carried out using high resolution orthophotographs. The records of the north face of the two massifs were thus made directly from these images. The inscriptions of the lower parts were drawn from acetate, and digitized drawings were then integrated into digital records. The decoration of the doorway of the pylon was also drawn using this technique with the exception of the lowest courses; here a significant amount of recarving required direct recording on the wall. The graffiti of the pylon were also integrated with these facsimiles from the work on this material by E. Frood and C. Salvador in order to complete the survey of the decoration of the wall. Particular attention was paid to the many traces of recarving on the walls of this pylon…”

“The team at Karnak carries out the epigraphic survey on plastic film (scale 1:1), which is then vectorized on the computer and reduced to a scale of 1:10.”

“Since the beginning of the scientific work in 2013, numerous high resolution photographs have been taken, processed and sent to Tübingen by the CFEETK as basis for the drawings. By means of these photographs, the drawings of rooms SX 1 and SX 2 have been completed. At the moment, the team works on the drawings of the reliefs of SX 4 as well as of the sanctuary itself (SX 5). Due to the richness of detail and the well preserved colours of the mural relief, the drawing process for the last-mentioned area requires a lot of time. During the 2013 field campaign, the first drawings were collated and overview photographs were taken.” 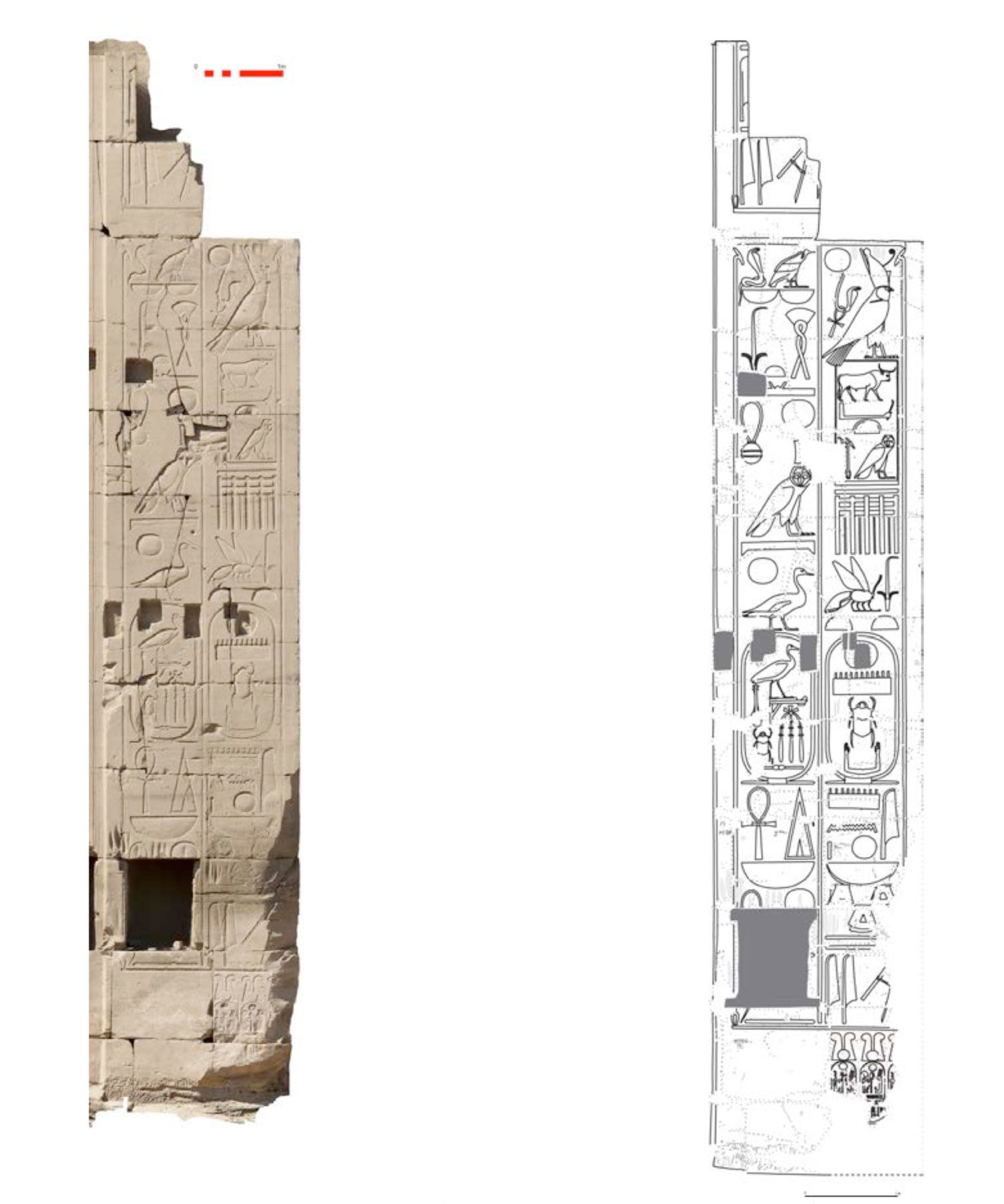 Orthophotography and facsimile of the eastern doorjamb of the north face of the eighth pylon © CNRS- CFEETK/Ph. Soubias, K. Guadagnini, P. Calassou. 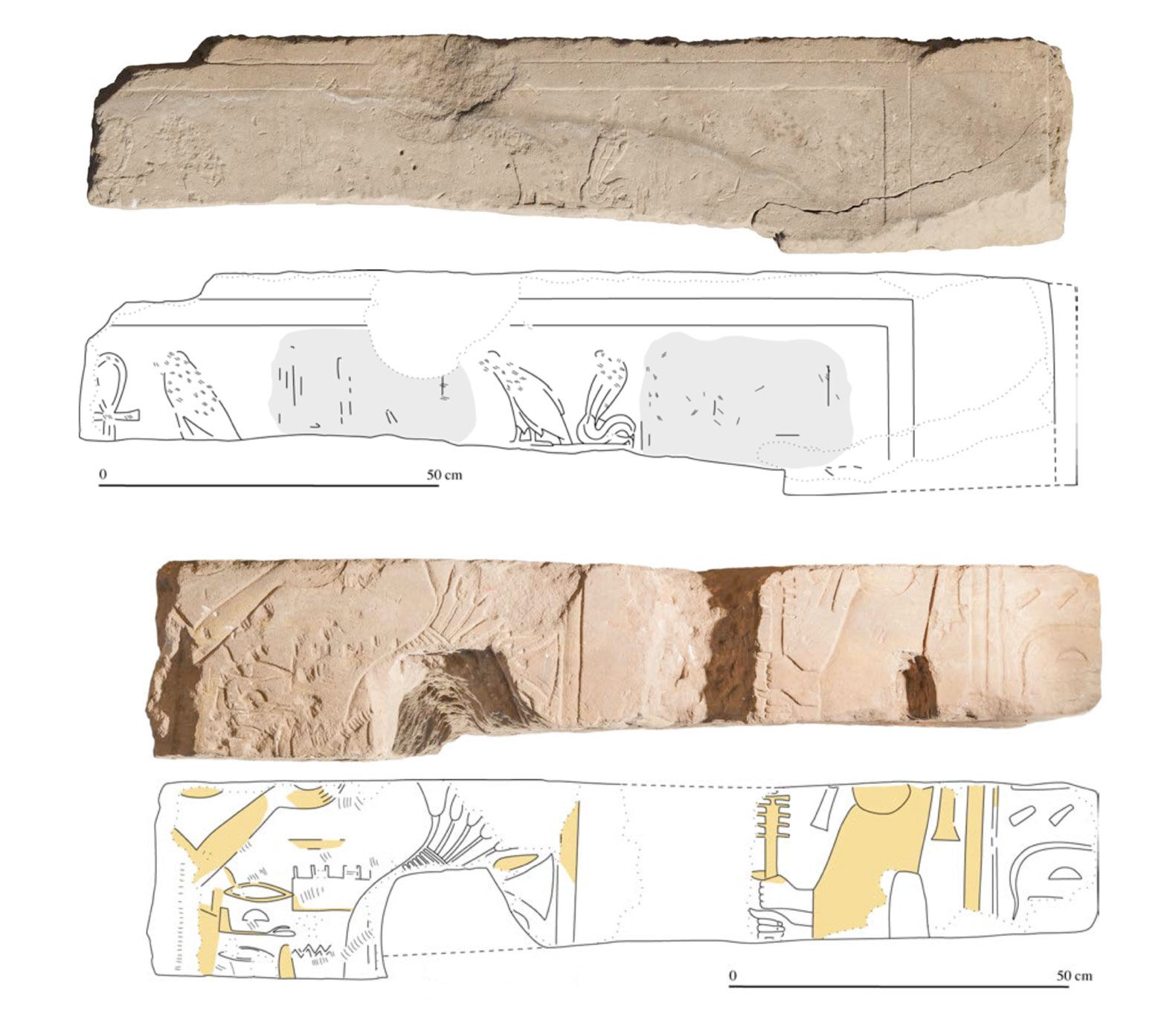 The two sides of the southern block of the threshold of the Ptolemaic Gate C’ © Cnrs-Cfeetk/Ph. Soubias, Chr. Thiers, P. Calassou. 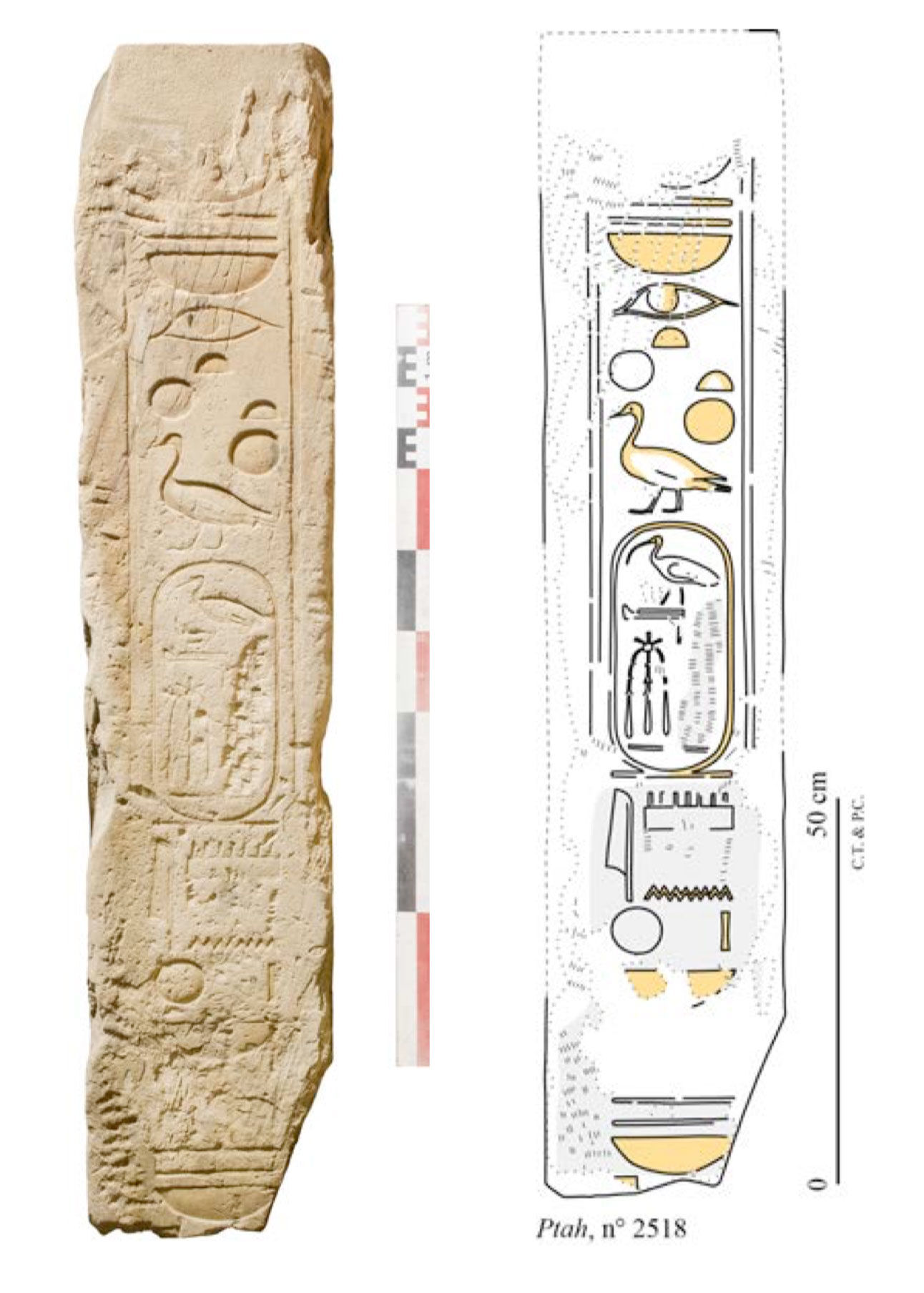 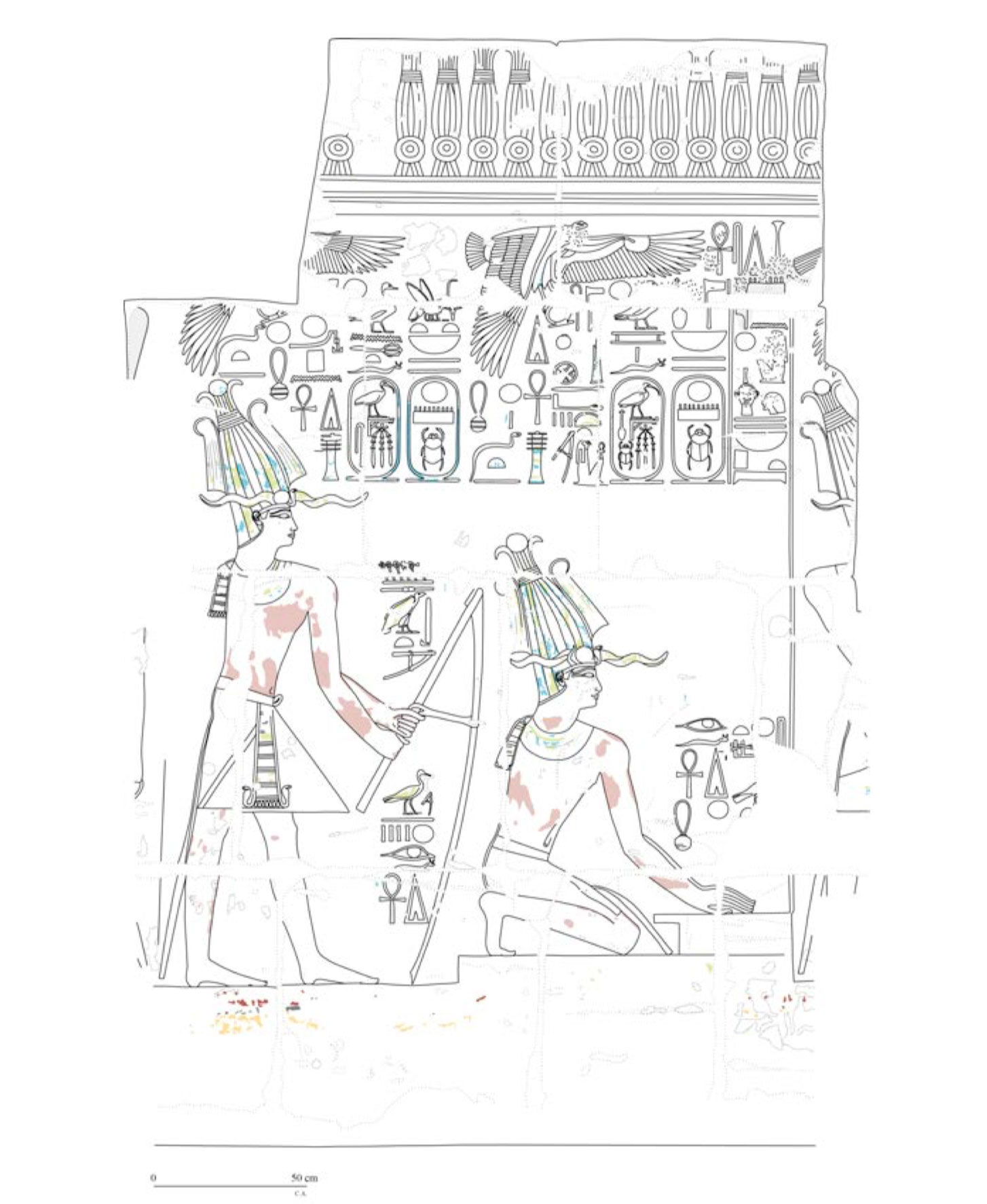 Drawing of the southern wall of the fourth northern storeroom (MN 4) © Cnrs-Cfeetk/P. Calassou. 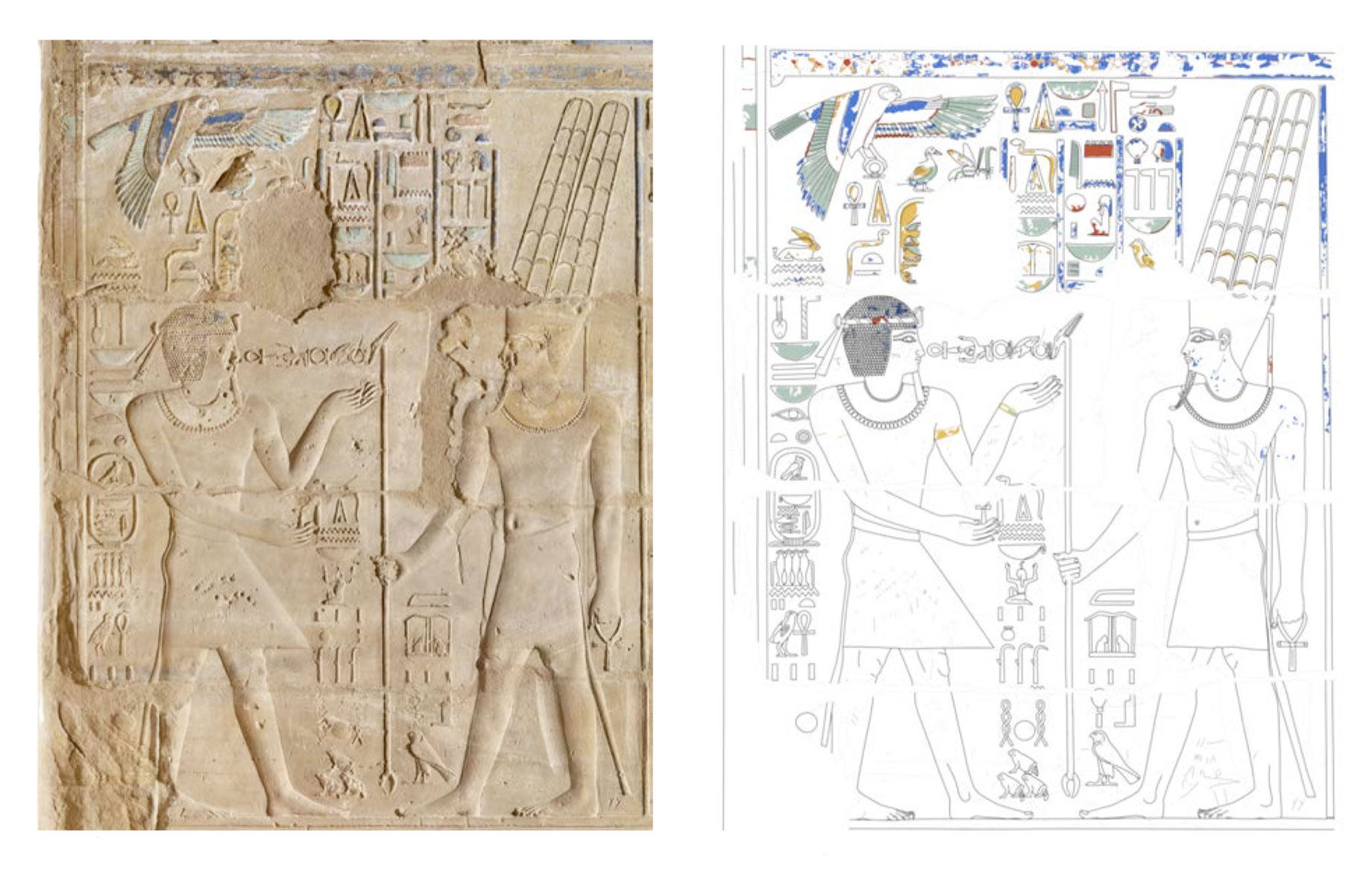 For the original context of the material appearing in this article see the 2014 activity report of the French-Egyptian Centre for the study of the temples of Karnak (Luxor, 2015):

For more information on this project and additional information about the many different projects carried out by the French-Egyptian Centre (CFEETK), visit their homepage. 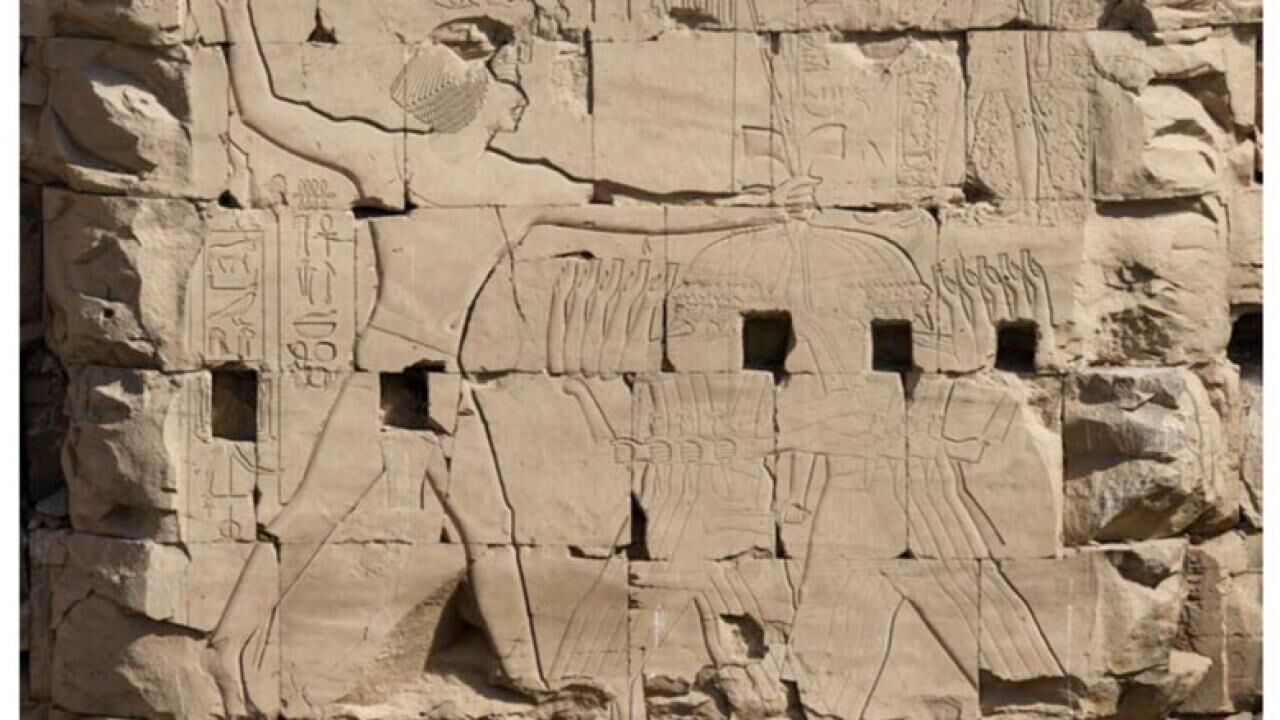 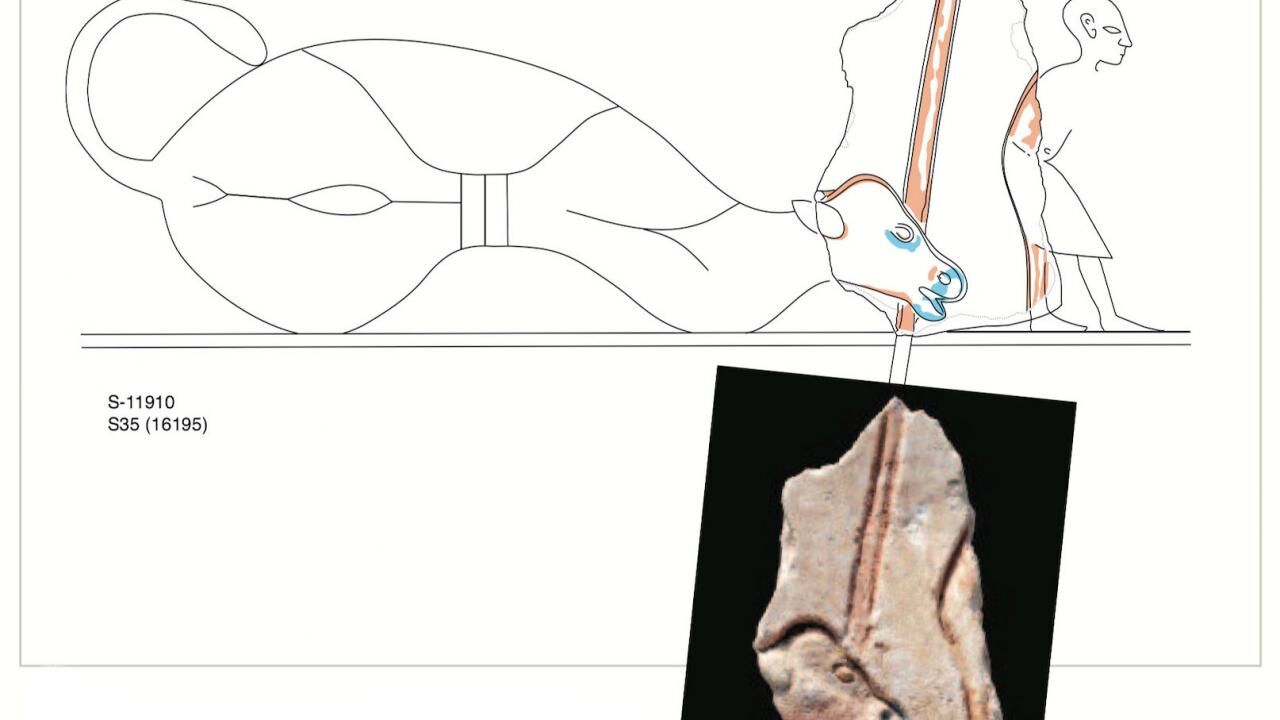 In 2012 the Amarna Project began its excavations at the Great Aten Temple in order to re-study the temple remains, and to clean the site and mark the main building outlines in fresh stonework. 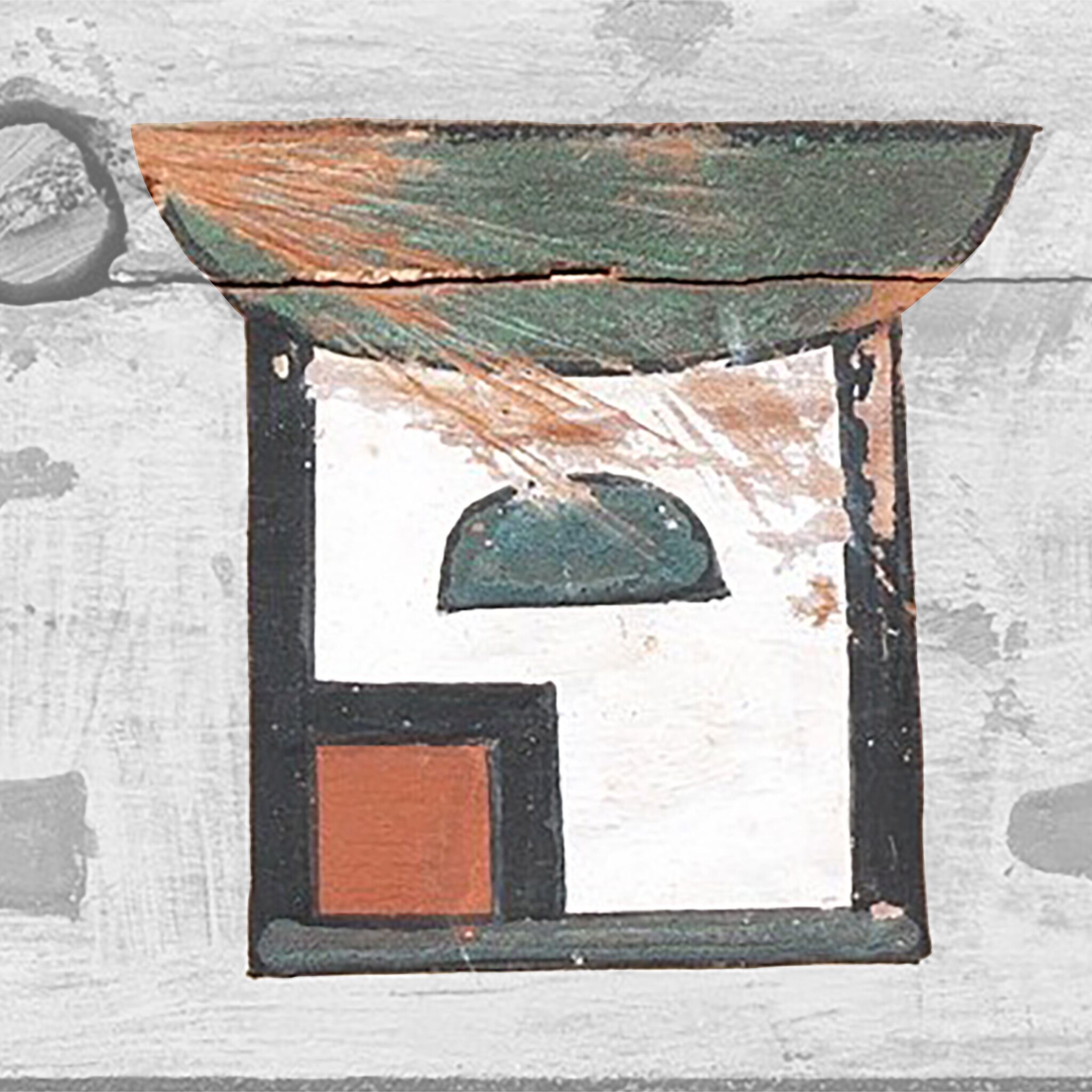 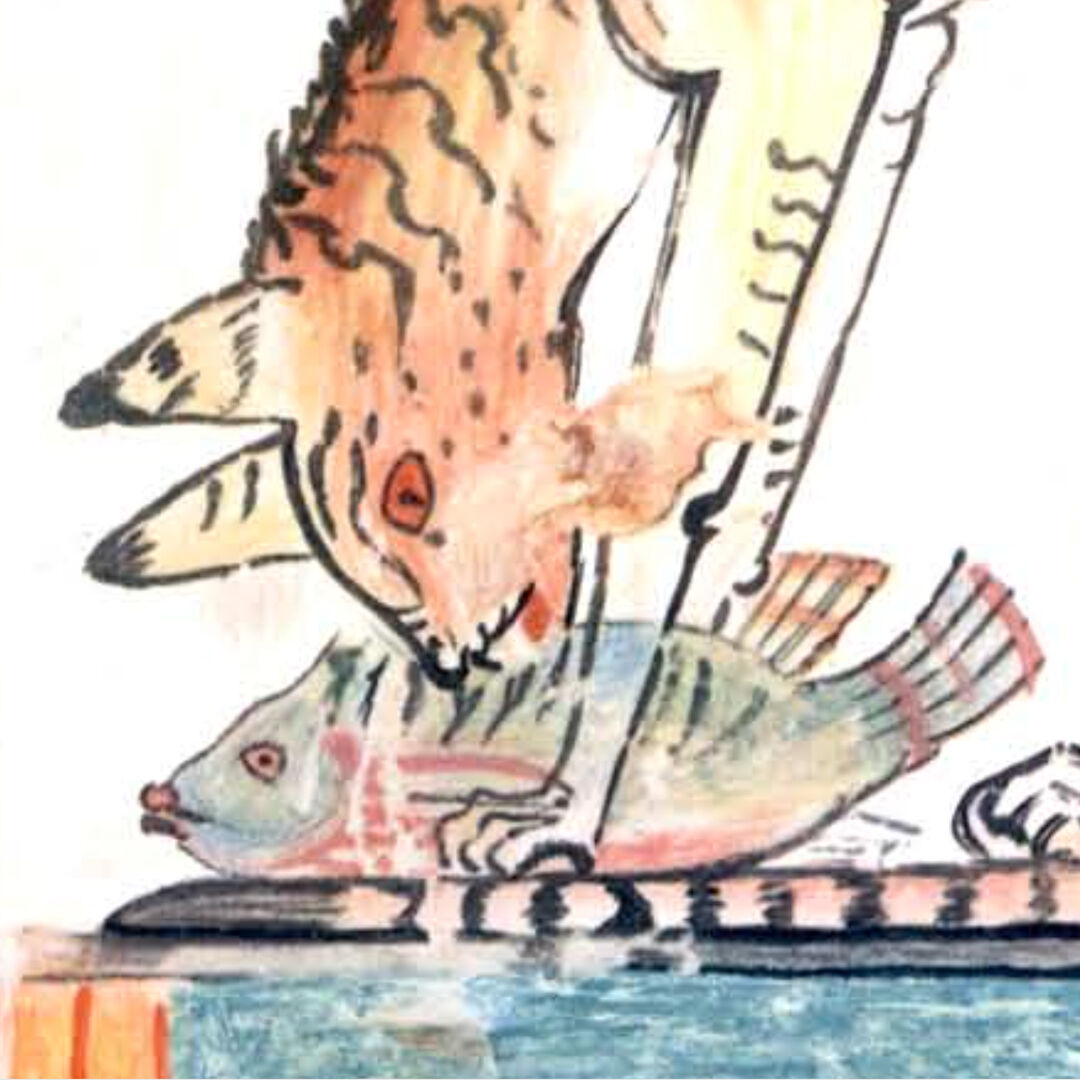