A crosshatched texturing technique was chosen to characterize the scenes' graphical impression – a radical step away from the traditional outline drawing representation applied on pharaonic relief. Instead, the artist reinforced every little pigment spot over the photo by adding a pencil texture with variable strength, slowly forming a textural impression of the paintings on paper.

Although very effective and well manageable over small areas, applying this technique over larger painted surfaces became rather time-consuming, therefore, problematic in the long term. Furthermore, providing extensive photo enlargement coverage over such large wall sections (with the most prominent surfaces being about sixty square meters) put a lot of pressure on the photo department.

Once finished, each penciled enlargement had to be immersed in an iodine bath that dissolved the photographic image, leaving just the pencil drawing of the pigment texture on the white photographic paper. These bleached drawings had to be scanned in high resolution before receiving their final treatment in the studio.

The process of documenting the Roman frescoes was designed so that some contextual information would be provided by indicating a narrow strip of the original Eighteenth Dynasty background, which is mainly preserved around the edges of the fresco remains. As an attempt to simplify the process, the Pharaonic line drawings were made on the iPad Pro by using Procreate, a lightweight combination of tool and software. Procreate provides a relatively simple interface, but, just like desktop Photoshop, allows the separation of specific categories of information into layers, preconditioning such data for proper studio treatment at a later stage. 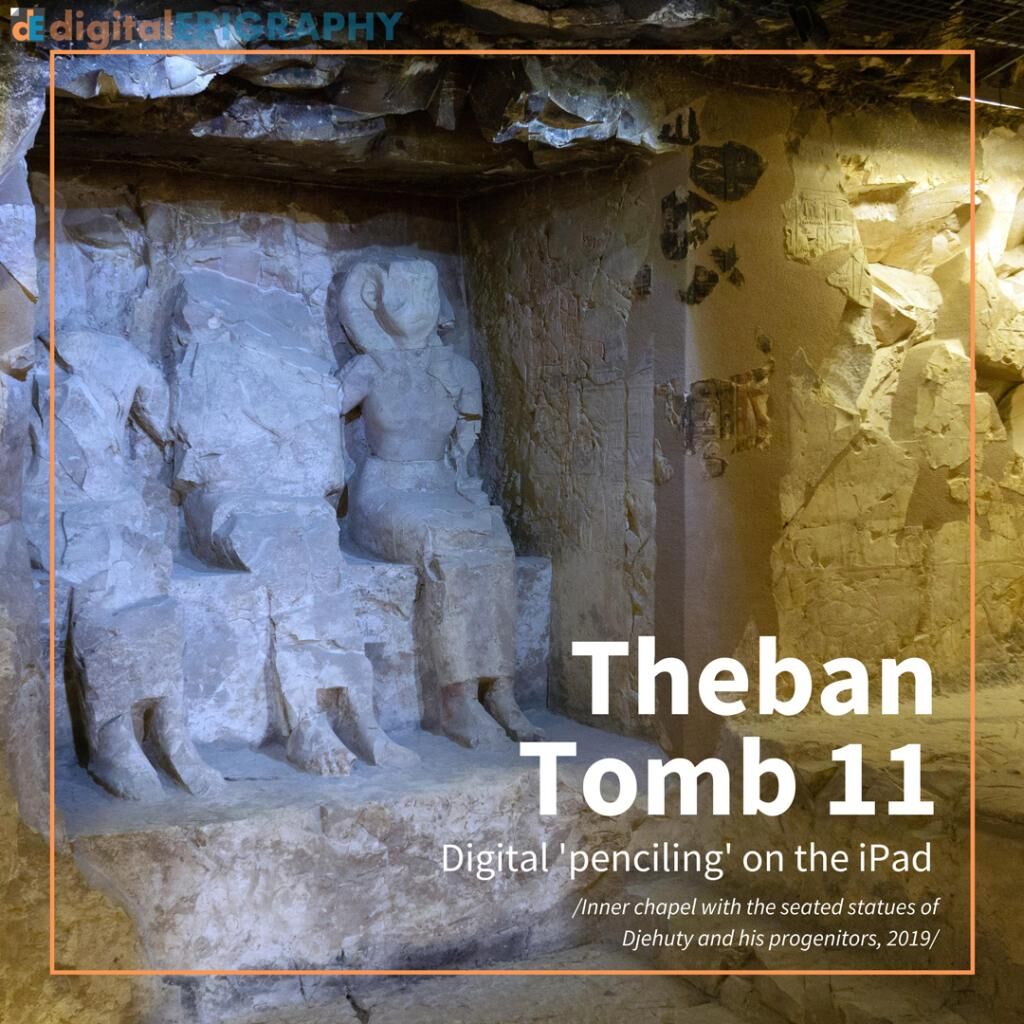 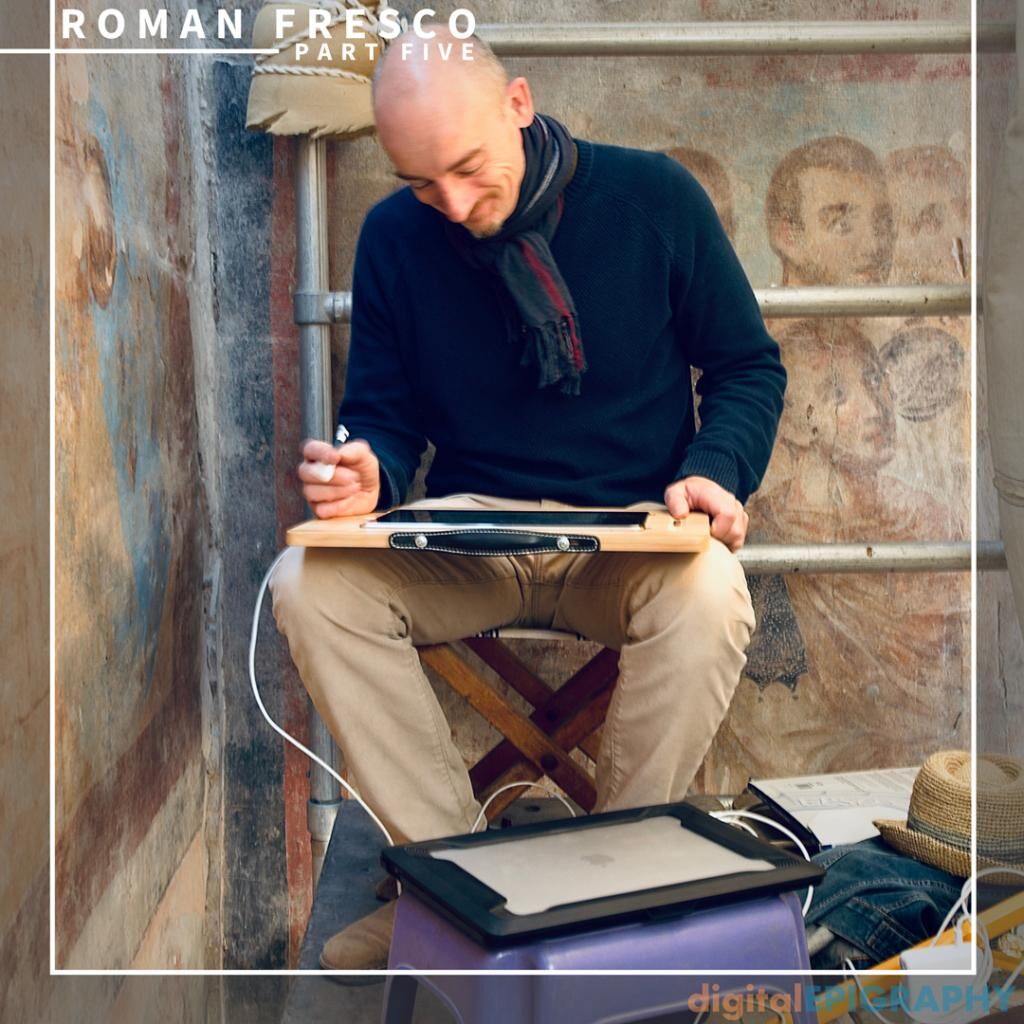 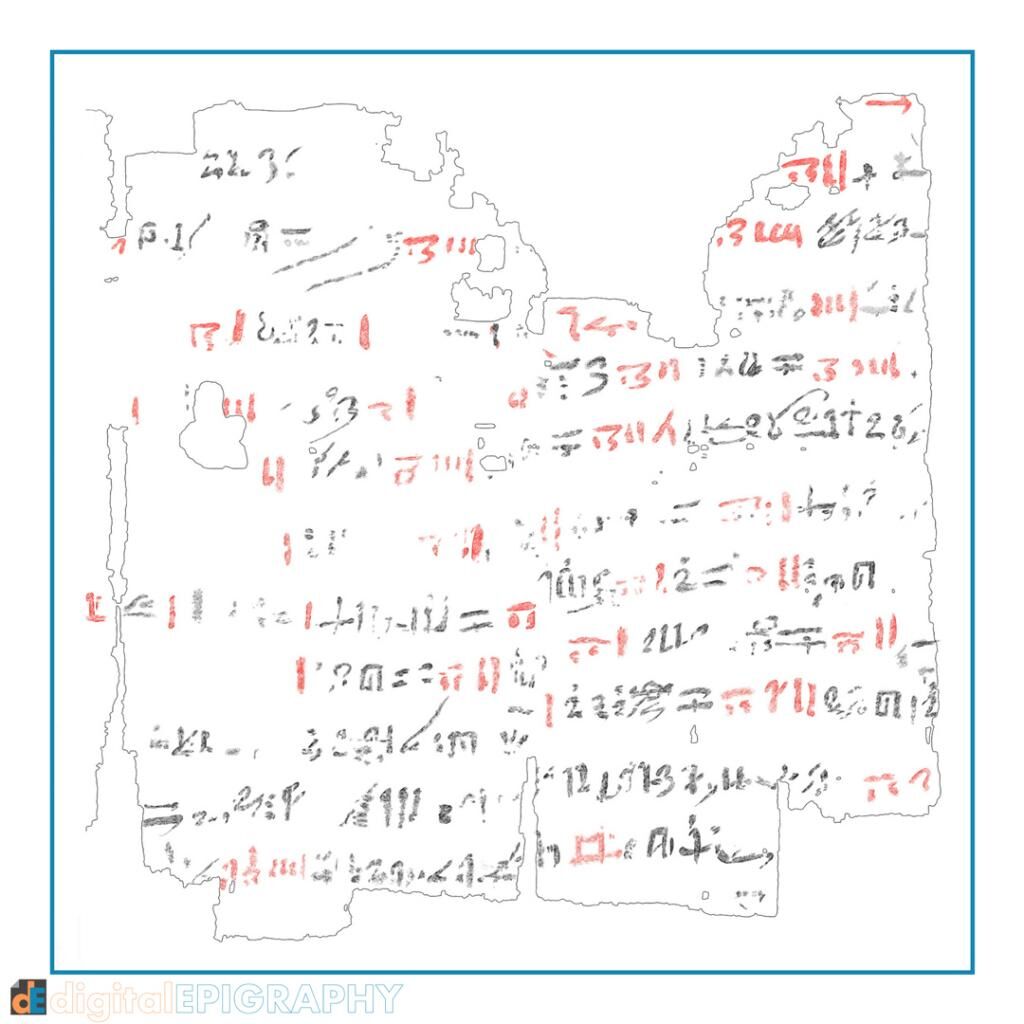 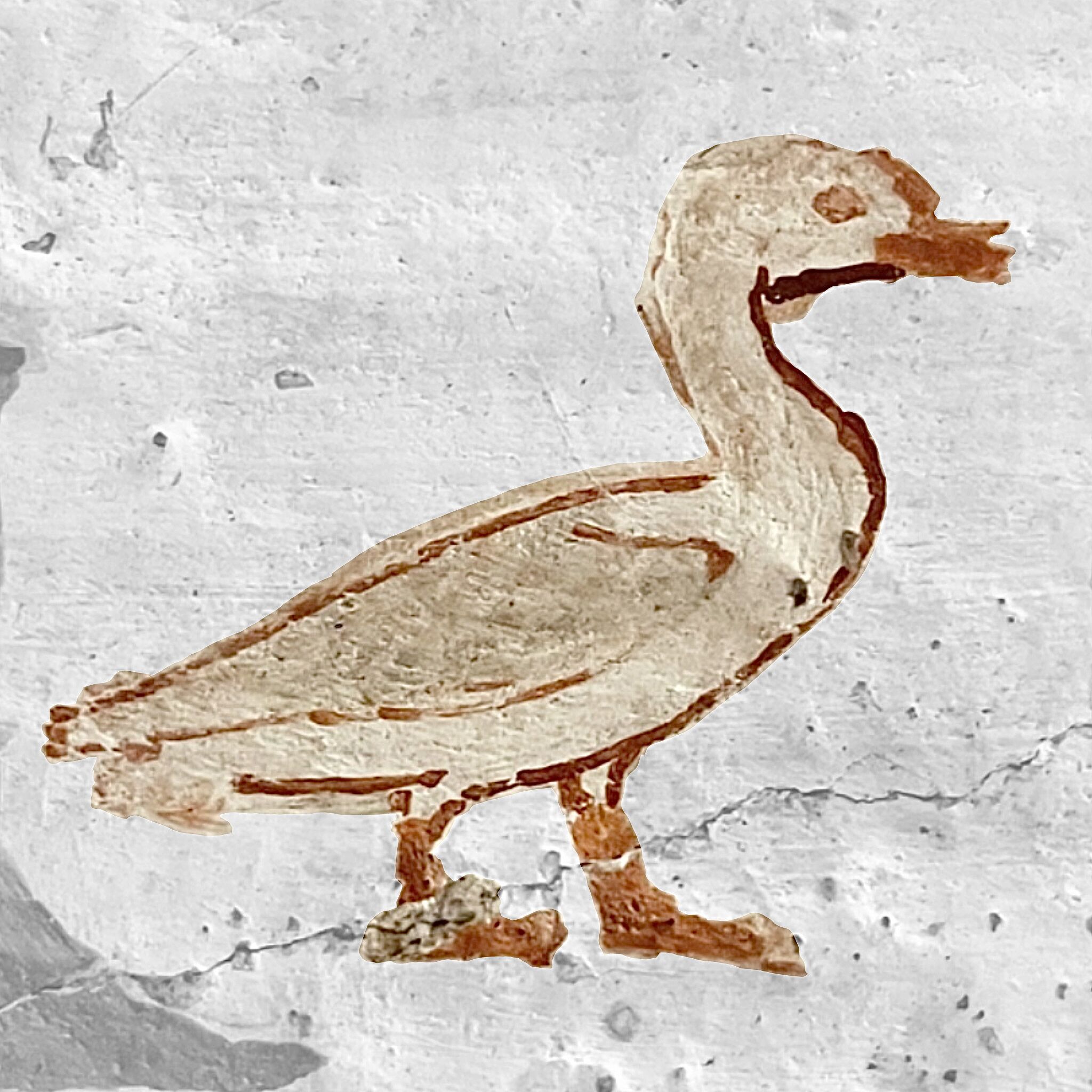 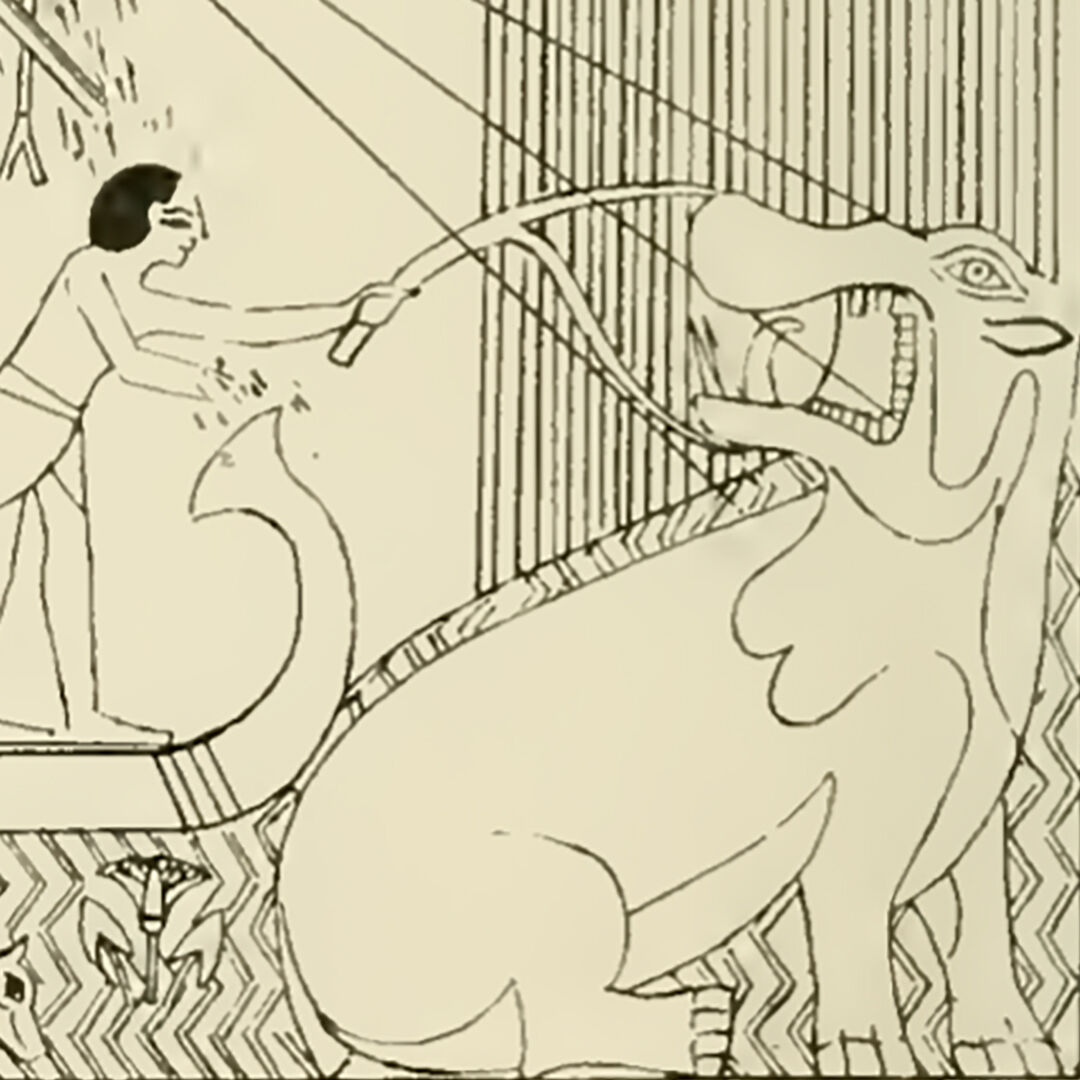