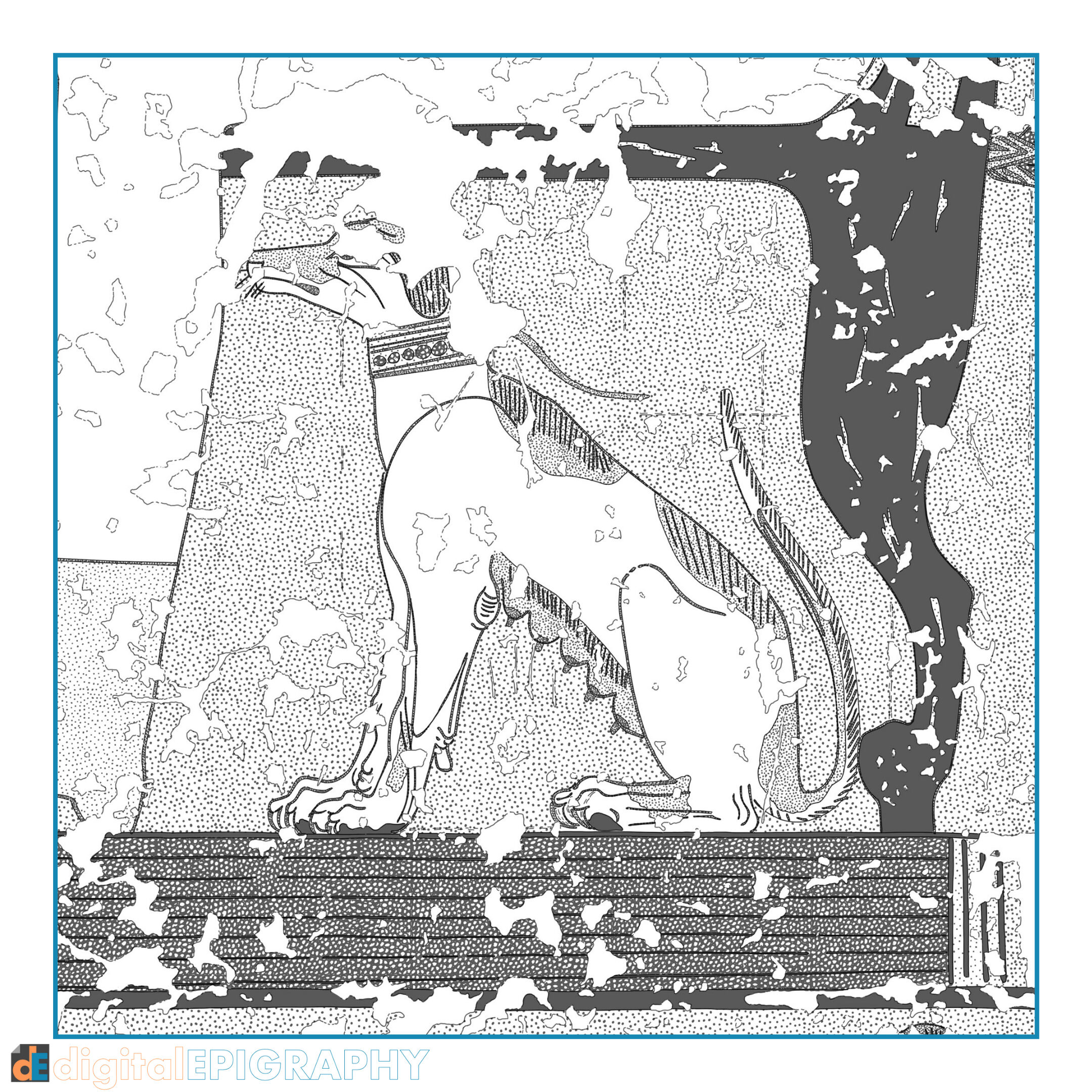 Similarly to many New Kingdom private tombs from the Theban area, one of the central images in TT 179 depicts the owner and his wife seated in front of an offering table loaded with food. This theme, originated from the Old Kingdom and used in various manifestations throughout Egyptian history, is often accompanied by a representation of the owner’s favorite animal or belongings underneath (or beside?) his chair.

Nebamun’s pet dog, famously reproduced in color facsimile using tempera in the 1930s by Charles K. Wilkinson, is an exquisite example of such an exhibit. Counter to Wilkinson’s technique, the greyscale, color-coded line drawing, created in Photoshop for the modern-day publication of TT 179, purposefully avoids indicating every shade of the original artwork.

Instead, the modern representation focuses on the mother dog's distinctive features, and intricate details, such as the appearance of dog hair, the diamond-shaped collar pattern, the flapping leash, etc. to be represented by maximum accuracy. A basic color scheme is applied to these features, emphasizing the dog’s white, salmon patched body against the darker backdrop created by the background’s grey, the chair’s black and the mat’s green hues. 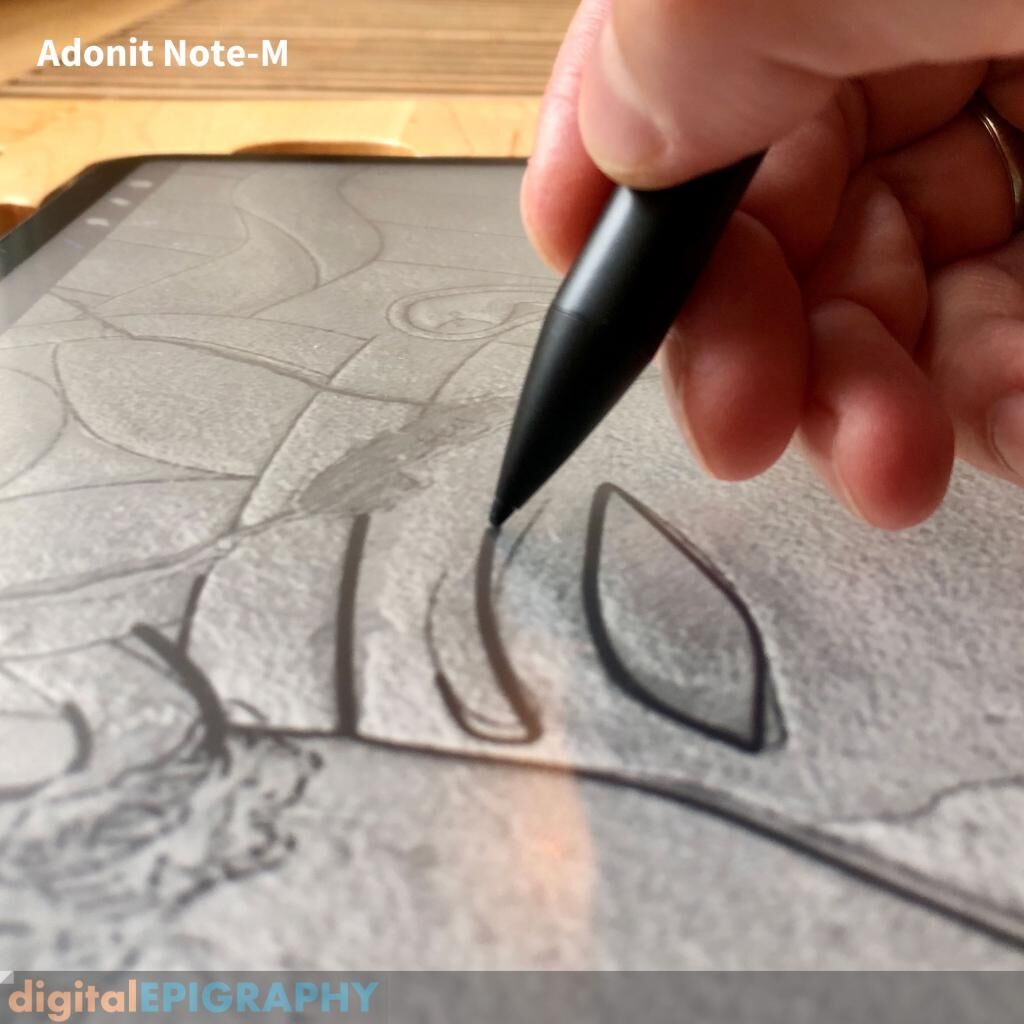 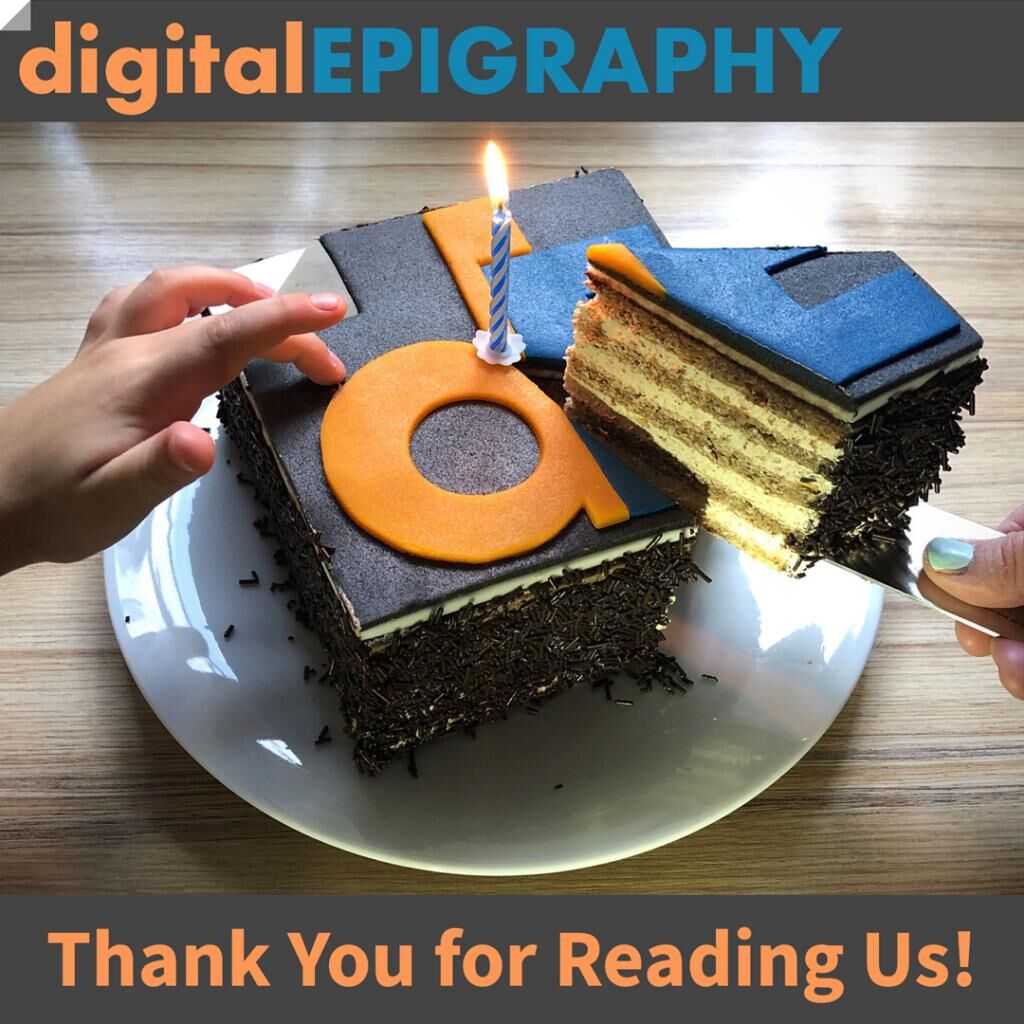 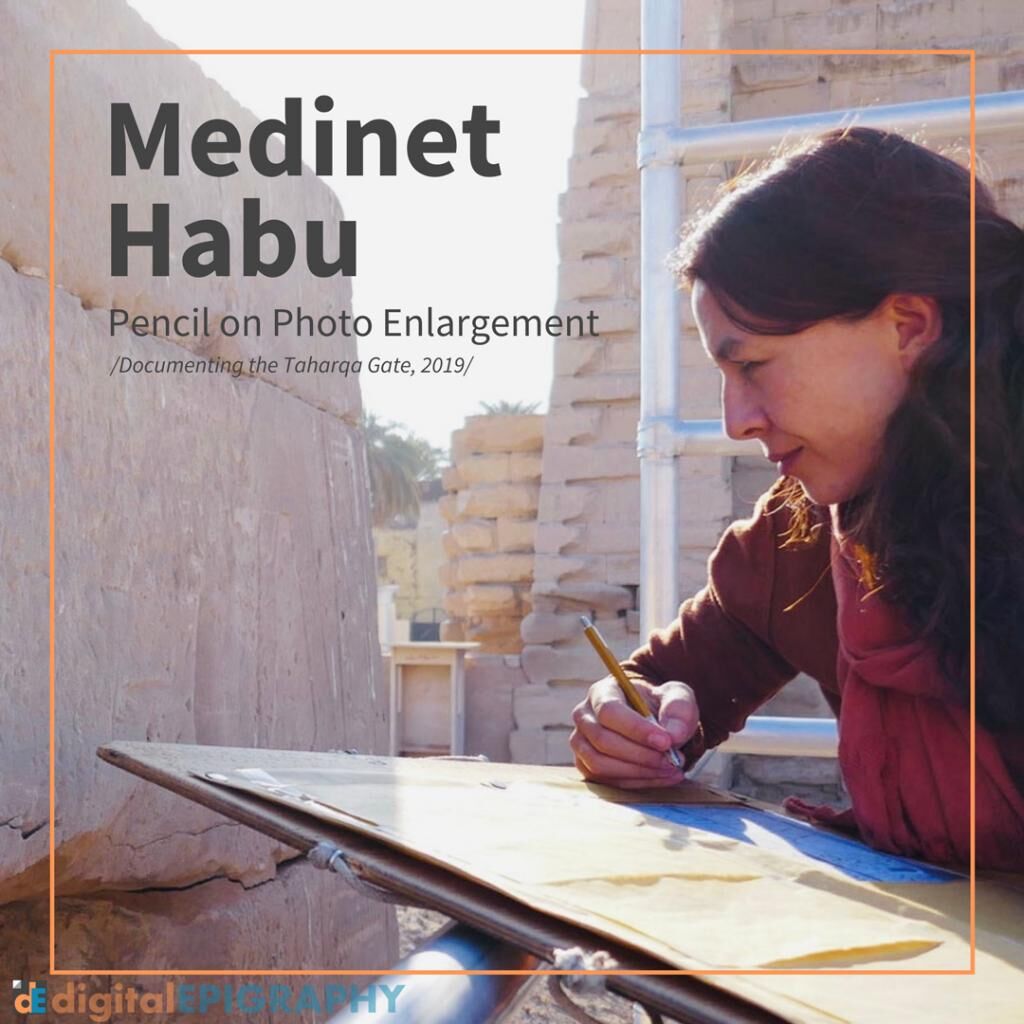 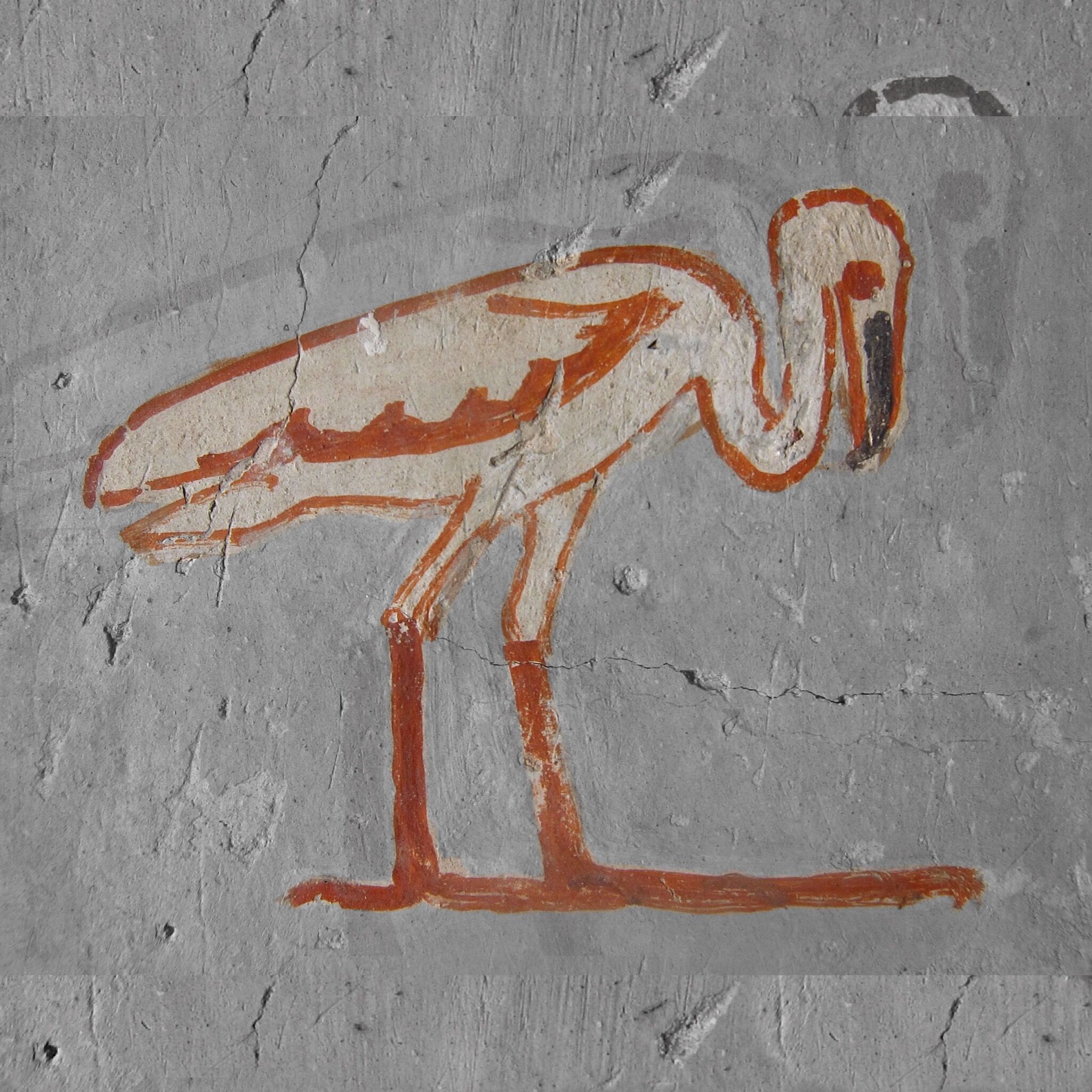 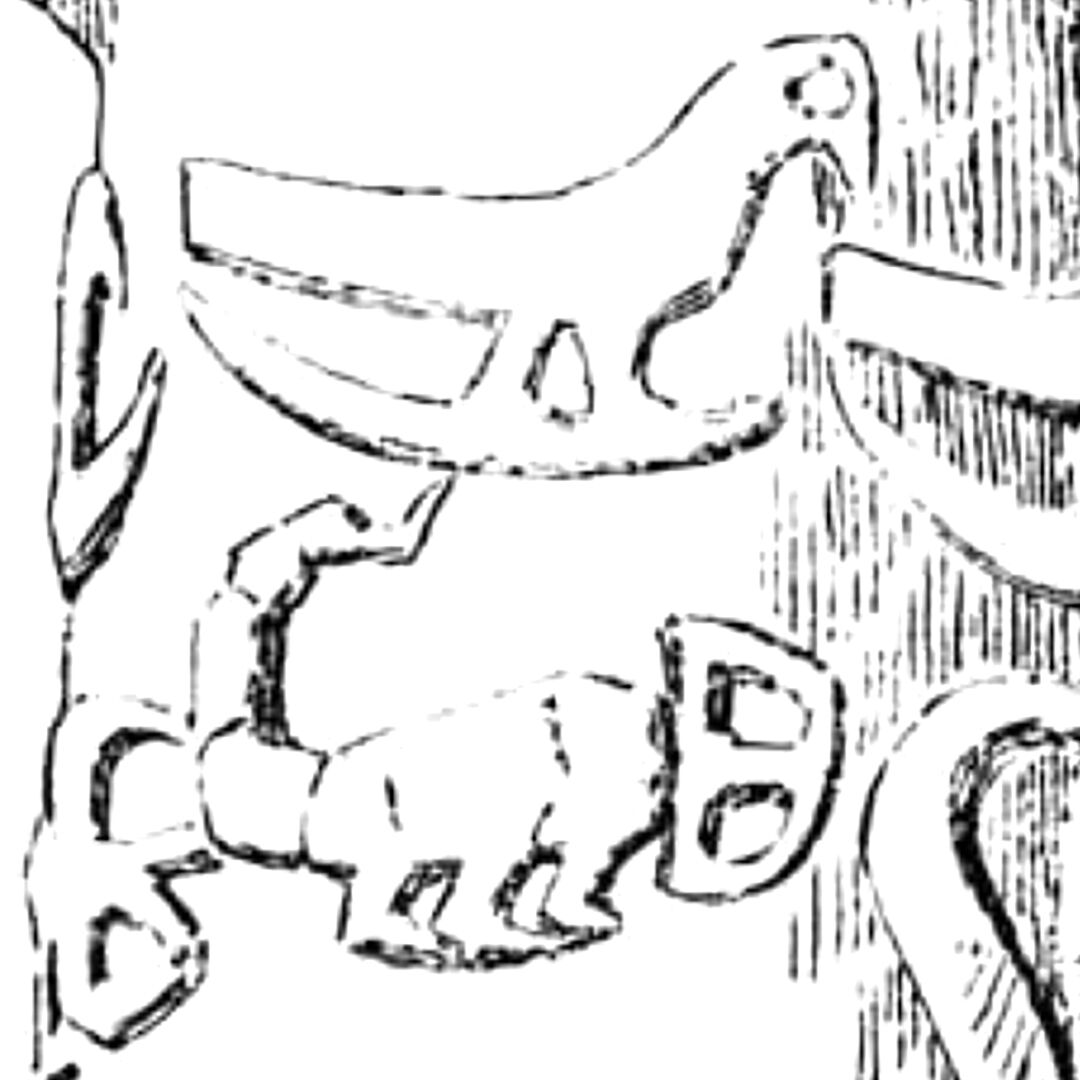