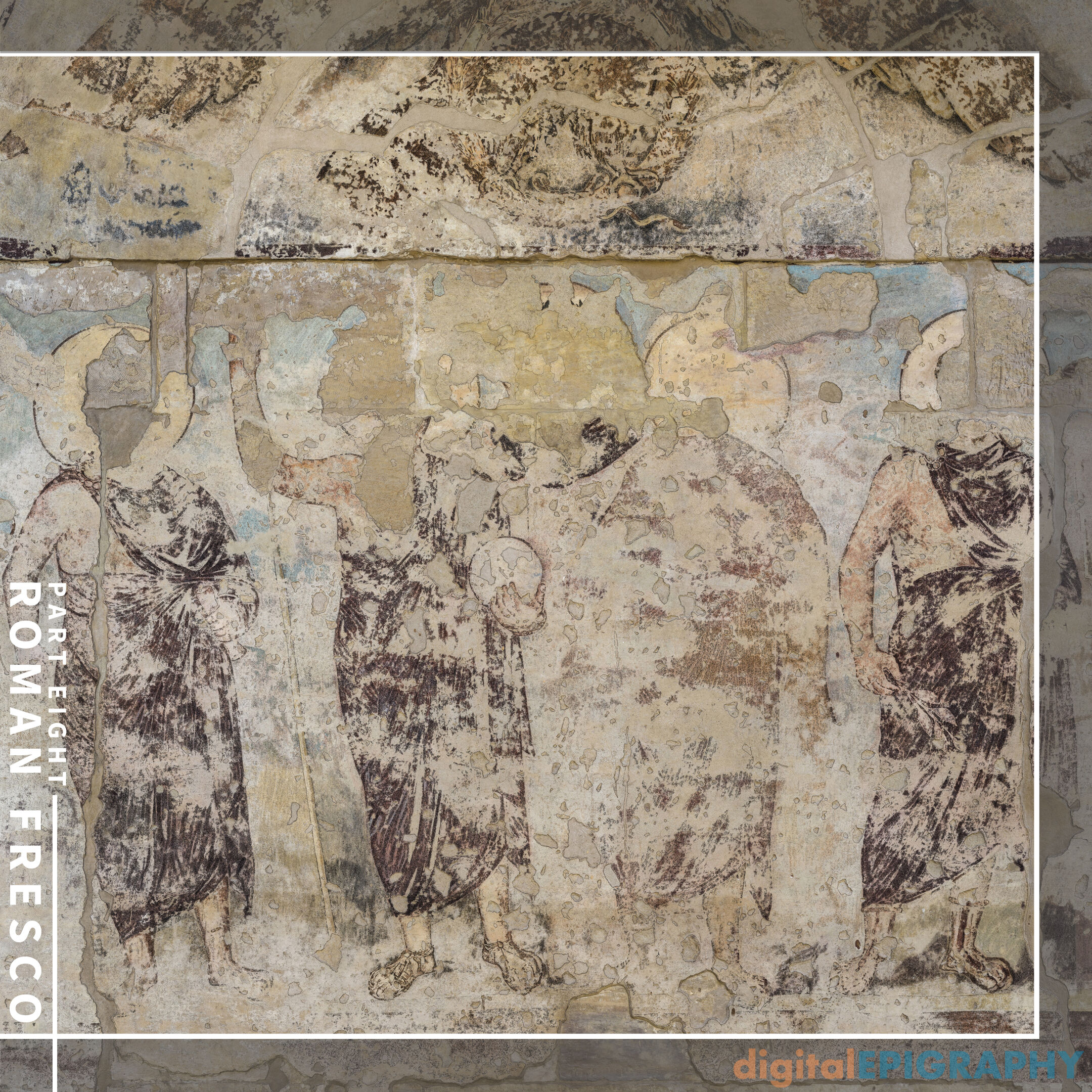 We’d like to stop for a minute and talk about the niche. In 2012, when the epigraphic method for documenting and reconstructing the late Roman murals in the Roman vestibule at Luxor Temple was designed, we had a minimal technical arsenal at our disposal.

There were no excellent drawing tablets to be taken to the field, and there was no photogrammetry in our service to provide rectified drawing backgrounds. With all its perspective-related issues, this area proved to be the most complicated part of the documentation; therefore, it was reserved for last while waiting for the technology to catch up. It was clear that the niche needed to be drawn as one unit, and its negative space had to be “opened up” using some sophisticated software.

This is not the place to give you a detailed overview of the method used by Survey photographer Owen Murray for unraveling the fresco from the background and how the complex MetaShape model was unrolled and opened up to provide the most comprehensive look at the frescoes while retaining their general shape.

However, we’d like to point out that the Survey’s goal all along was to present the painted remains within the Apse with the epigraphic data maximized. In the end, based on the “flattened” orthomosaic, the multilayered texture drawing could be considered the ultimate documentation of the Tetrarchic remains. Naturally, as the entire niche was constructed in Roman times within the blocked-up pharaonic doorway, there was no 18th dynasty context to be added to the drawings. Finally, in order to present the Apse drawing within its broader context, a full-frontal version had to be created as well, retrofitted within the available space. 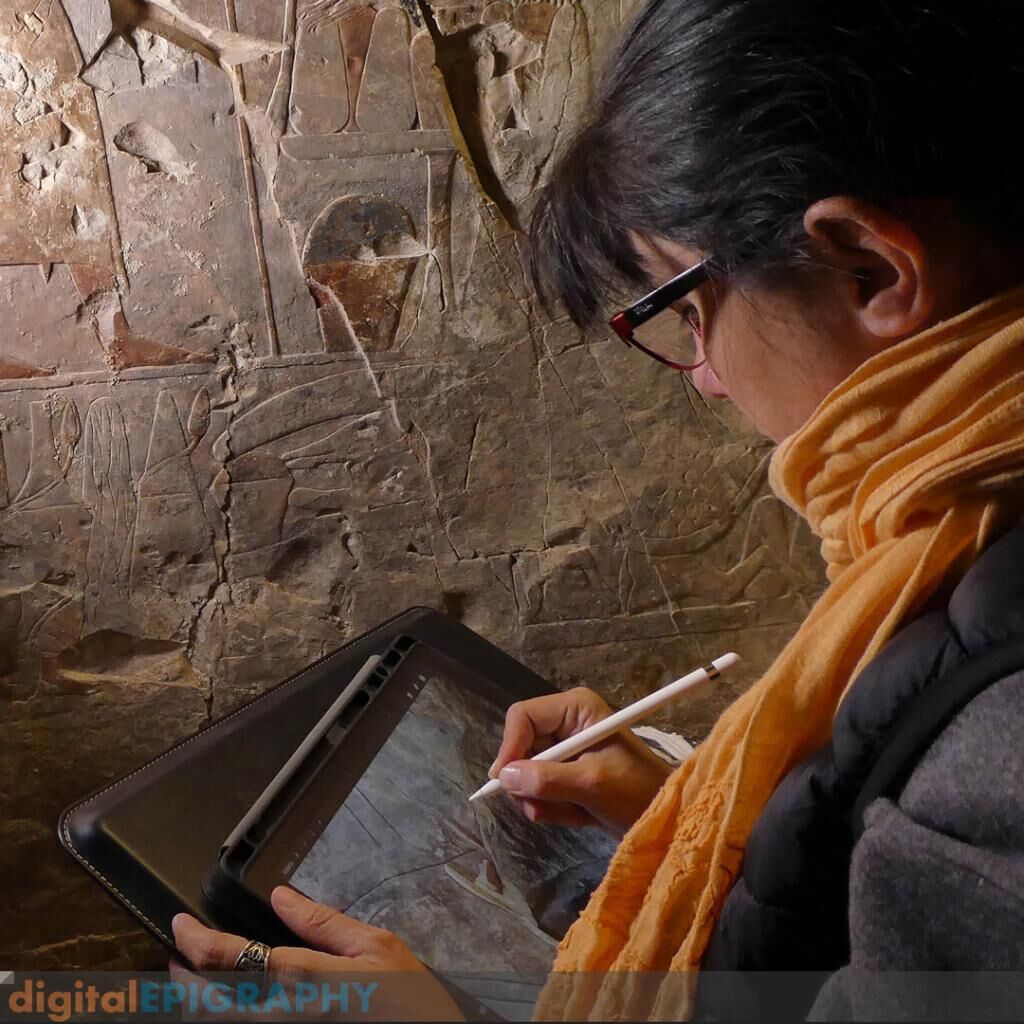 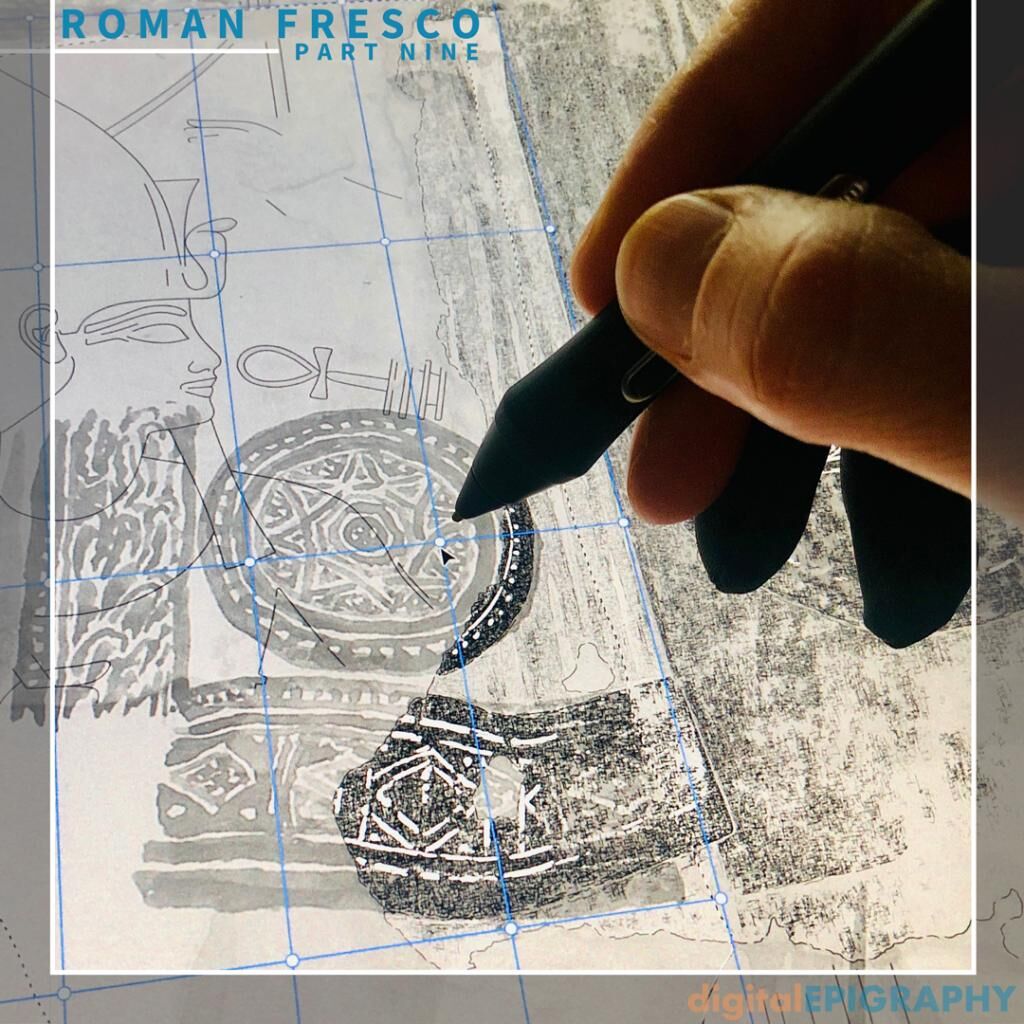 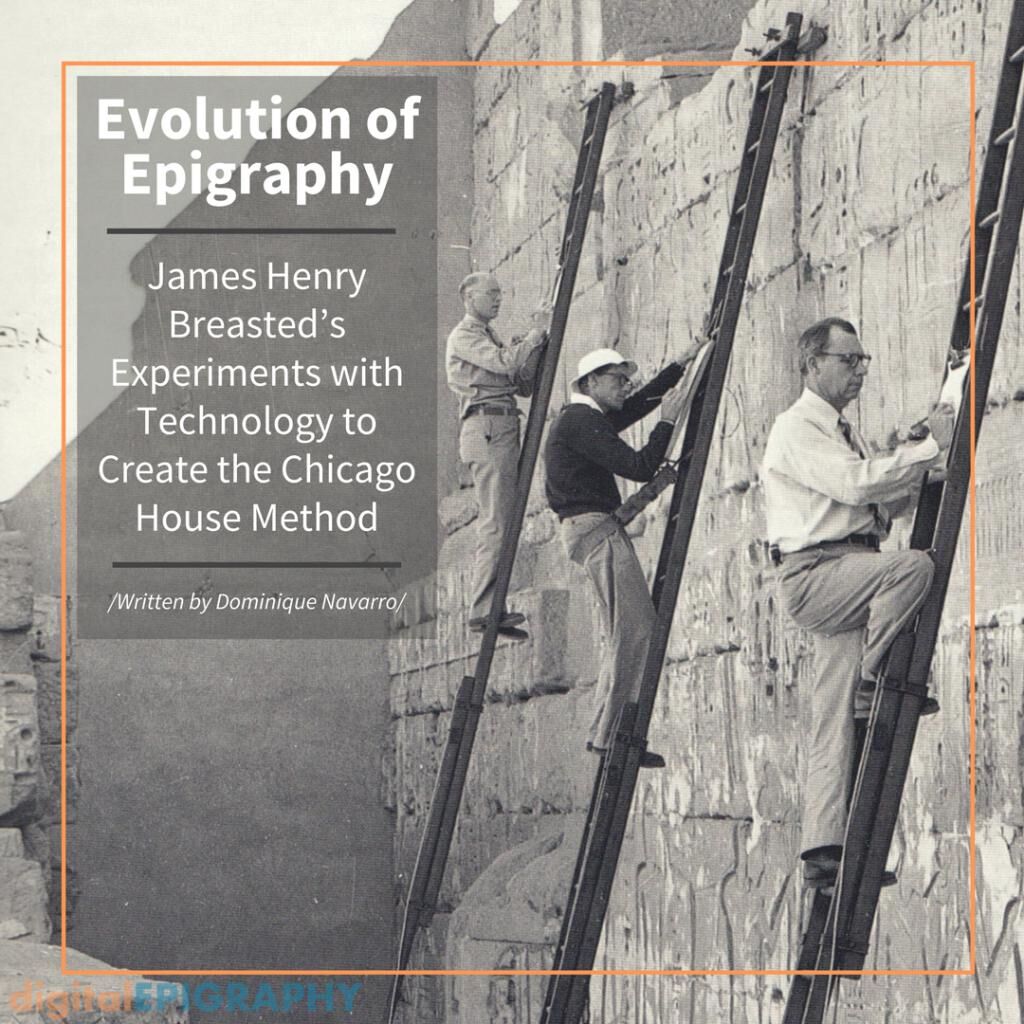 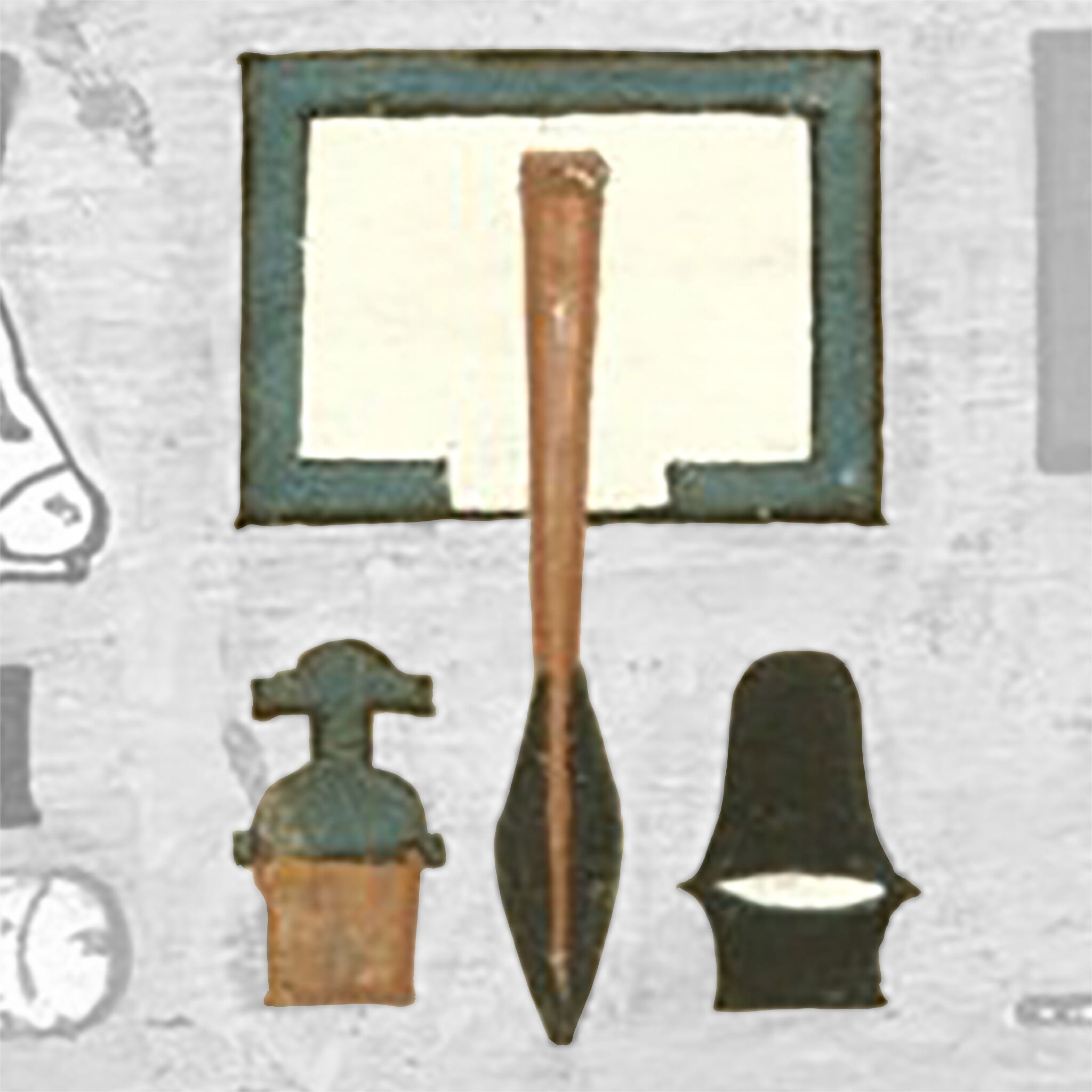 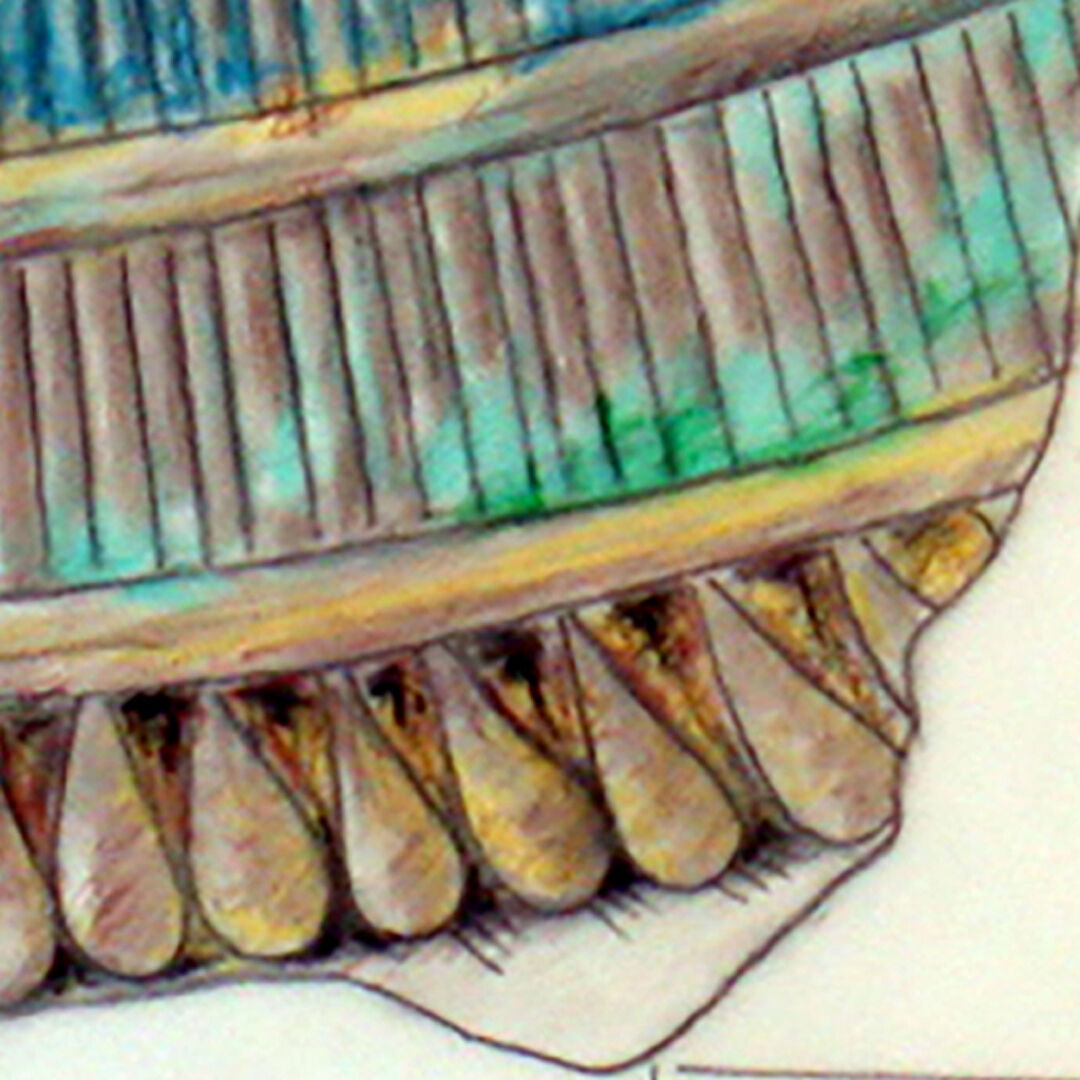