Among the many objects found in the Shunet El-Zebib during the 2005 season by the Pennsylvania-Yale Expedition (under the field direction of Matthew Adams) was a set of late-period jars once containing ibis mummies. On one of the better-preserved examples numerous faint demotic text snippets could be seen, a characteristically distinguishable set from the typical corpora of ostraca, which normally include receipts, accounts, oaths, and lists.

A specific documentation method had to be invented for creating facsimile drawings of these hand-written texts spread out all over the round surface. First, each text block was copied onto clear acetate using fine permanent marker pens, carefully representing every trace of pigment associated with the demotic inscriptions. The method was designed for the sheets to have some overlap that was marked on the acetate.

In the next phase, the artist had to reassemble these sheets on a flat surface, keeping the relative distance between the text snippets while carefully opening up the available space to create a "rolled-out" version of the jar. Once readjusted accordingly, the drawings were reinforced on mylar using a fine pencil, allowing for a more nuanced visual representation of the faded pigment traces.

Naturally, a traditional surface/cross-section representation of the ceramic vessel accompanied this special view to indicate the jar's realistic appearance. In its final stage, the drawing was inked by using a set of Rapidograph pens before it was handed over for publication. 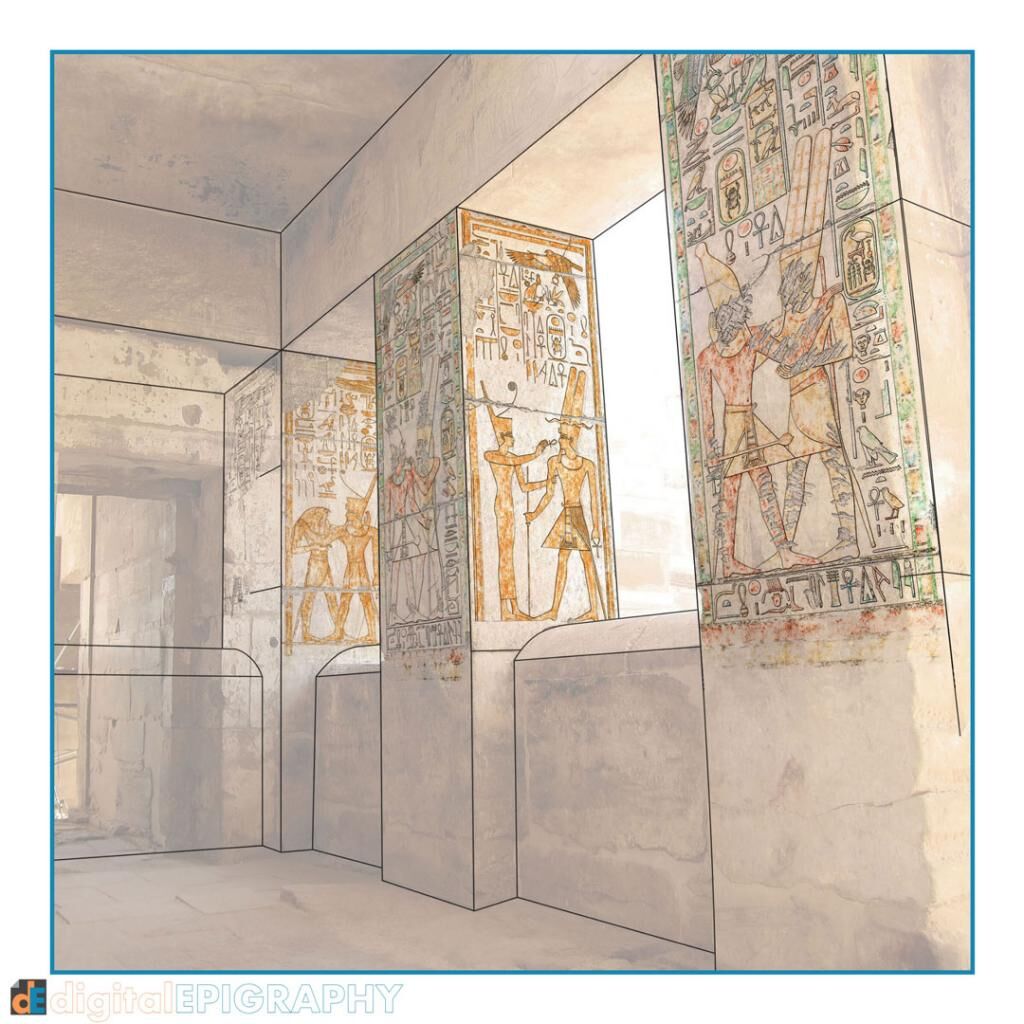 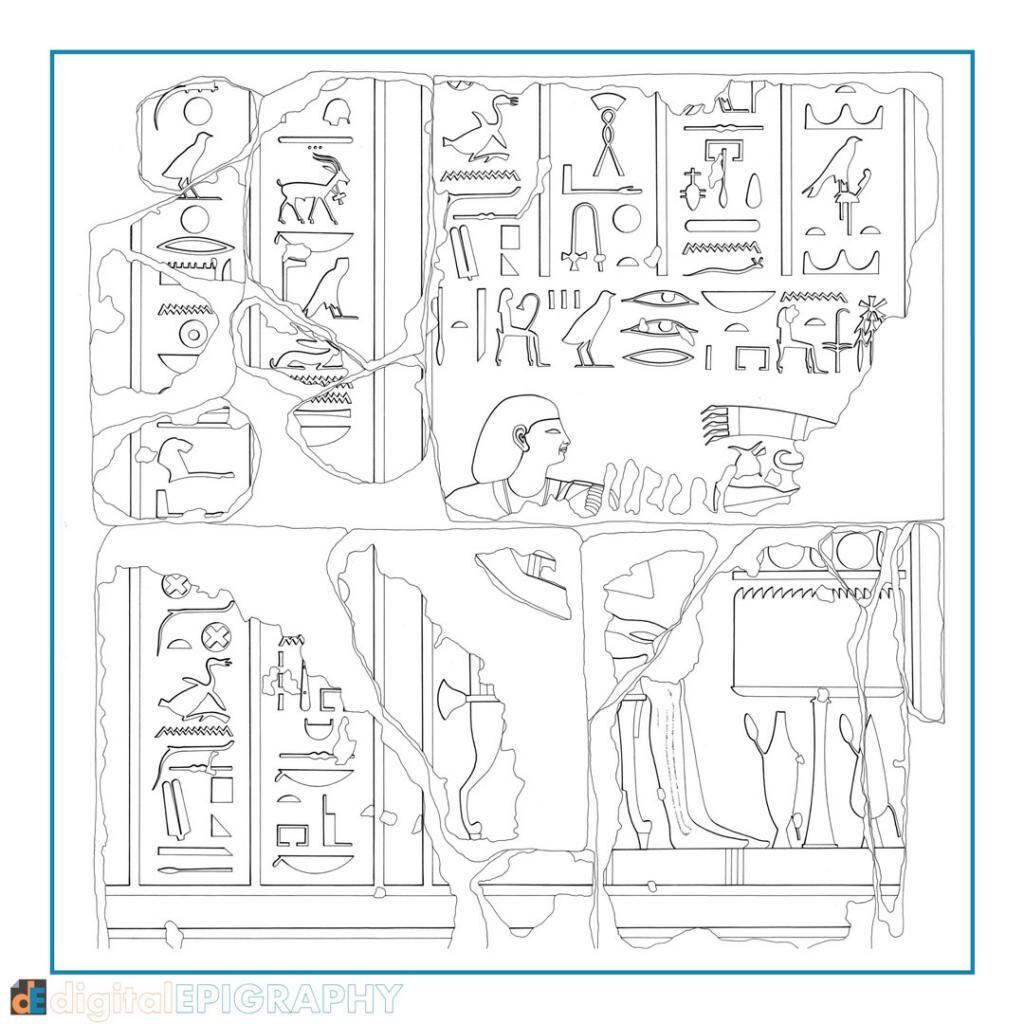